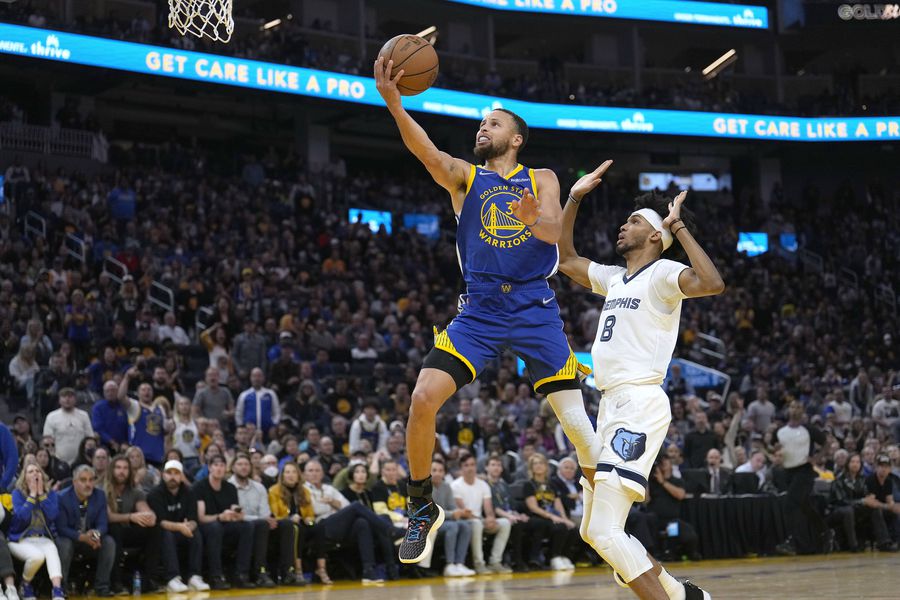 The Golden State Warriors have their spot secured in the Western finals. He achieved it after beating the Memphis Grizzlies in a high-impact game,

The Golden State Warriors have their spot secured in the Western finals. He achieved it after beating the Memphis Grizzlies in a high-impact game, who despite not having Ja Morant for much of the series, knew how to complicate the experienced players from the bay. They won 110-96 at the Chase Center.

This sixth game was a constant back and forth. For large stretches of the match there was no clear winner and Memphis countered Klay’s clarity with a laborious Brooks. At times when Curry wasn’t sharp, the Grizzlies put up a fight with their trademark intensity.

But equality ended with 5 minutes remaining in the last quarter. There the Warriors activated the three-time champion mode and put out fire in the sole. Streaks of 10-0, movie triples via Curry and Thompson, in addition to a strong defense against Jackson Jr, ended up making a definitive difference.

Memphis still has to go with its head held high. They were measured without their franchise player against the most winning squad in the NBA and managed to stretch the series before a sixth game. A proof that the future will be theirs. The present, yes, belongs to those from San Francisco, who are already in a new conference final.

Boston played Game 6 of their series against the Milwaukee Bucks with no margin. It was an all or nothing for the clubs, who did not hesitate and managed to get past the defending champions. Victory 108 to 95 to stretch the series to a seventh game.

But those from Massachusetts did not have it easy. Opposite they had a bestial Giannis Antetokounmpo. The Greek nailed 44 points, 20 rebounds and 6 assists, achieving post-season numbers that had not been seen since Shaquille O’neal did it in 2001.

A performance that managed to add intensity to the duel, but never drama and that is that Boston always knew how to maintain the advantage. Thanks to a fired-up Tatum and a Horford that has been growing since game four, the Celtics achieved their great goal: to win on the road and extend the series to a defining game that they will play at home.