NBA: He played 8 seconds to collect a bonus of 300 thousand dollars, made a foul and left | The curious case of point guard Jrue Holiday, of the Milwaukee Bucks 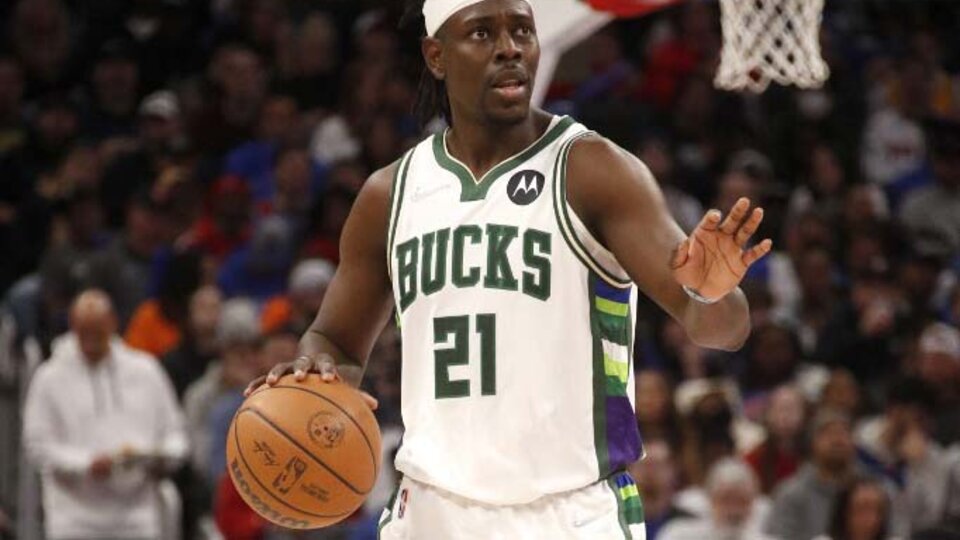 With a place assured for the playoffs, the Milwaukee Bucks did not play anything in the final date of the regular season of the NBA, this Sunday ni

With a place assured for the playoffs, the Milwaukee Bucks did not play anything in the final date of the regular season of the NBA, this Sunday night against the Cleveland Cavaliers. An ideal occasion, then, to give extra action time to the usual substitutes and, above all, rest to the figures of the team that will shortly begin the defense of the championship won in 2021, such as the Greek Giannis Antetokounmpo or the versatile Khris Middleton.

That is why it was surprising to see from the beginning of the game the starting point guard and defensive key of the Bucks, Jrue Holiday, with all the fear of getting injured that he inhabits in the days before the start of the postseason.

Of course, Holiday had an excellent reason for putting on his shorts and donning the headband against the Cavs. Or rather, hundreds of thousands of reasons.

It is that the 31-year-old point guard, Olympic champion with the United States in Tokyo 2020, was entitled to a salary bonus of 306 thousand dollars if he reached 67 games in the season and the last appointment came, how could it be otherwise, with 66 presences on the parquet.

The match started, the jump was for Cleveland and at 8 seconds Holiday himself committed a foul to be replaced and stay on the bench to witness the Cavaliers win by 133 to 115. He left to applause and laughter from his teammates. Even LeBron James congratulated him via Twitter.

Strawberry then for Holiday in the 2021/22 regular season, the first since signing a four-year, $134 million contract renewal. Nothing that the multiple owners of the Bucks will make much of a dent, of course.

The curiosity of what happened with Holiday reminded us of the case of the forward of Puerto Rican descent Maurice “Mo” Harkless in 2017. The Portland player -at that time- had a contract bonus of 500 thousand dollars if he finished the season with an effectiveness in triples 35 percent or better. In the last game he arrived with 35.1%, so he did not attempt a shot in that match. Don’t be a thing…