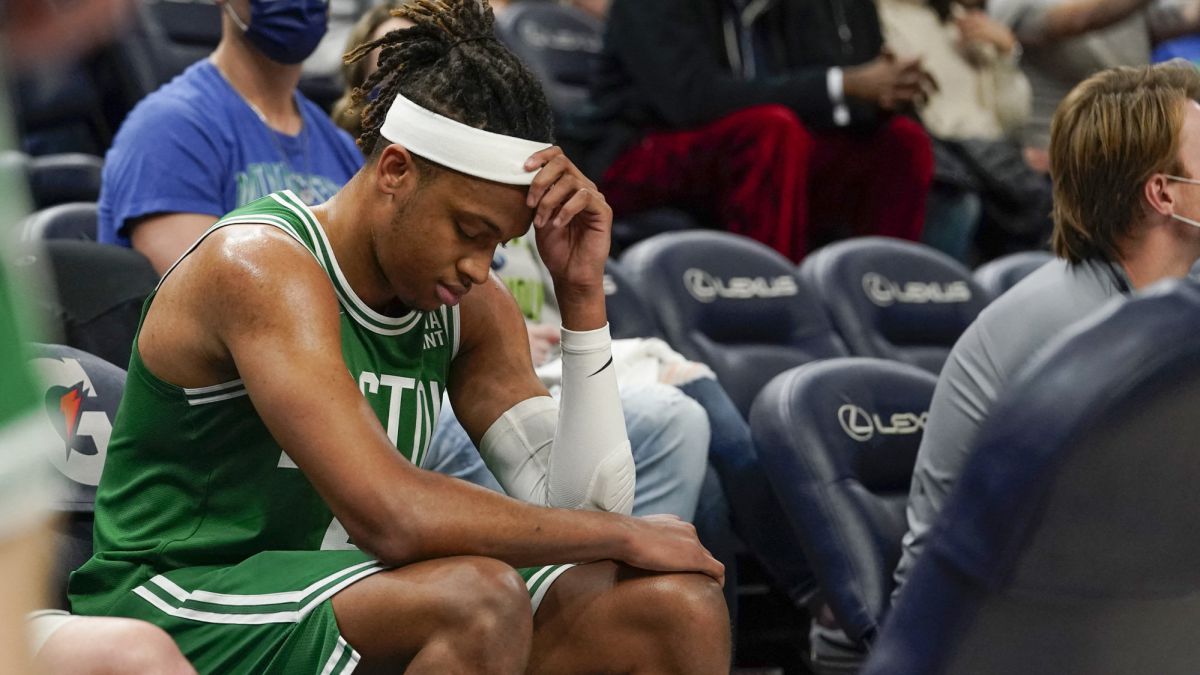 The Celtics are in, surely, the worst moment of a season that had many bad moments in its first weeks. They stack three losses, and if it is almo

The Celtics are in, surely, the worst moment of a season that had many bad moments in its first weeks. They stack three losses, and if it is almost logical to lose against the Bucks in Milwaukee (although they had the game in their hand in the last quarter, at Christmas), it is not so bad not to have been able to scratch something afterwards, against Wolves without any starters and against Clippers also in the frame. To the green They are missing Jayson Tatum. And, of the main ones, also Marcus Smart and Dennis Schröder. But they were playing at home against an opponent who had five defeats in six games and who does not have Kawhi Leonard, Paul George, Reggie Jackson, Nicolas Batum …

So the Celtics should have tried to seize their opportunity, because also the next rival to visit Boston is the Phoenix Suns. They are now 16-19, tenths from the East and with the constant feeling that there is no stitching, Body. The Clippers (because that, it must be said, they never lack with Tyronn Lue) put more energy in defense and found solutions, as they could, in a very ugly game and in which it was enough to score 91 points because the Celtics stayed at 82. With 37% shooting and a horrendous 4/42 from 3-pointers (1/28 starters). Unable to score, the Celtics also hit too many comfortable shots in the first half (40-47 at halftime). When they tried squeezing afterwards, they were unable to find a minimum aim and took 10 points in the fourth quarter (17 total) from Eric Bledsoe. Kennard (shots released in the first half) added another 17, Mann also 17 and Marcus Morris, former celtic, finished with 23 and 10 rebounds. In the situation they are in, any triumph is worth gold because there are weeks without Paul George (and without Kawhi, of course). Now it’s 18-17 for a team whose goal is to hold on to the West playoff zone.

Jaylen Brown, the undisputed leader without Tatum, failed again, as in Minnesota. At least for what is expected of him in a low minimum team but against decimated rivals. He scored 30 points but needed 36 shots (13/36). He stayed at 1/13 in triples and did not distribute any assistance. Since 1998 (Antoine Waker, also in green) the NBA did not see a player shoot 36 times without passing the basket. In his discharge, there were up to eight potential assists, but his teammates were unable to score (4/39 in triples in catch and shoot, upon receipt). Al Horford finished with 9 points, 10 rebounds and 8 assists and Robert Williams, who gave the scare after taking a tremendous blow in the fourth quarter, with 16 points and 14 rebounds. Things are bad, very bad in Boston.

The Bulls keep smiling … the Hawks are still in serious trouble. The firsts are 22-10, second in the East within a game of the Nets. and They have five victories in a row, their best streak in almost five years. In the last 72 they have beaten the Hawks twice … or what’s left of them. With just four players from his actual rotation and a squad of 26 with nine players on ten-day contracts. With Skylar Mays and Chaundee Brown as starters… It’s 15-19 for the Hawks, because the schedule is unforgiving, with five losses in six games. That sends them to twelfth place in the East, out of the zone play in.

The Hawks exchanged blows in the first quarter (38-36) and fell in the second: 36-17 and 74-53 at halftime. By then the Bulls had made 68% of their shots and had delivered 24 assists. They finished with 38, your top of the course. DeMar DeRozan added 20 points and 8 assists, Coby White 17 + 12, Zach LaVine 25 + 5 and Nic Vucevic scored 16 points and captured, his top of the course, 20 rebounds. A piece of cake against a Trae Young who played his second game after going through the protocols (26 points, 11 assists), Clint Capela (18 and 15 rebounds), Cam Reddish (14 points)… and basically nothing else.

For the first time since near the start of the season, the Knicks have won three games in a row (17-18). It has a lot to do with the calendar, but in a situation as delicate as the one they were going through, triumphs taste like glory. In Detroit they were not only greeted by anemic Pistons (5-28 now) per se, but those of MoTown are with only four of their 15 usual players. And even so, New Yorkers had to squeeze in the end, after a disastrous third quarter. The last one, yes, they opened it with a 0-14 in which Burks scored 10 points that ended with 34. And a +28. What happened to the Knicks so many times: the bench got them out of trouble. In addition to Burks, 18 points and +27 for Quickley, +36 for Toppin, +31 for Gibson, +39 for McBride. Of the headlines, better not to mention. Randle finished with 5 points and a 2/11 shooting (-27), Mitchell Robinson with -22, Barrett with -29 … and Kemba Walker returned to his worst feelings: 2 points, 2 assists and -21. On the Pistons, 32 points from Bey and 31 from Diallo. But he decided the incredible 7-65 on bench points.

There is little question which team is superior this season when compared to the Indiana Pacers and Charlotte Hornets. Their records say it (now 14-21 the first and 19-17 the second) and it says it face-to-face: 3-0 for Carolina’s men, who were much superior again at the third time, although they did not have one, for the COVID protocols, Miles Bridges and PJ Washington. Those of James Borrego escaped in the first quarter and always commanded, in the first half with advantages of up to 18 points, in the second with more difficulties. The Pacers got to get to four several times, but they didn’t get any closer. Without Malcolm Brogdon or Jeremy Lamb, Caris LeVert scored 27 points with 7 rebounds and 6 assists, Myles Turner finished with 14 points, 5 rebounds and 4 blocks, and Domantas Sabonis went to 15 points, 18 rebounds and 7 assists. On the Hornets, another great game from a Terry Rozier who is in his best moment of the season: 35 points, 7 rebounds, 3 assists, no losses and 5/9 in triples. And 18 points from Gordon Hayward, 13 from Oubre…. And another excellent performance by LaMelo Ball, which smells like all star: 21 + 12 + 9 to an assist from his third triple-double of the season.