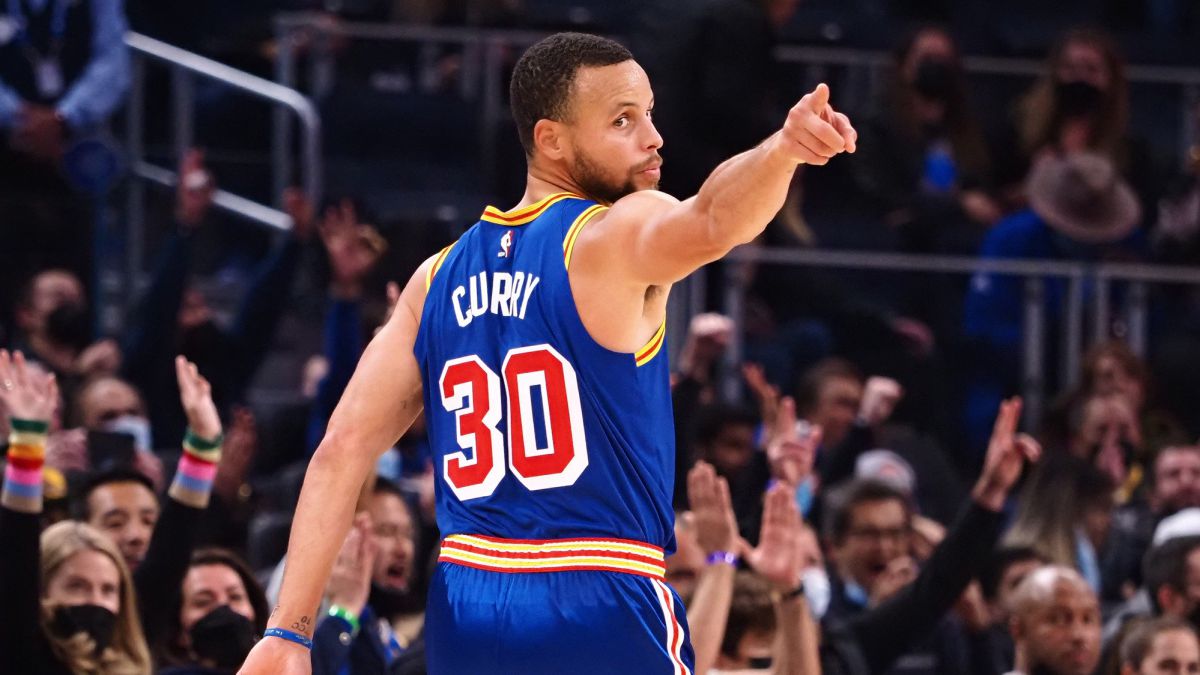 Making history is inherent in the figure of Stephen Curry. Since winning his first MVP of the season in 2015, The Warriors point guard has done n

Making history is inherent in the figure of Stephen Curry. Since winning his first MVP of the season in 2015, The Warriors point guard has done nothing more than climb the ranks among the best of all time and break different records. But there will be one that elevates you above the rest and puts you above the rest: that of the triples. One expected for a long time and that, if nothing serious happens, it will happen in a few days. Ray Allen, the all-time top three-pointer, stayed at 2,973. Curry is 15 down after scoring 7 against the Magic. And with 5.4 scored on average in this course, he could be first on the list in the next 2-3 games. Or less, Clear. After all, we are talking about Stephen Curry.

The bad part, to mention one, is that Curry is going to have a difficult time celebrating this milestone in front of his audience, at the Chase Center … unless he scores 15 triples in a single game and breaks Ray Allen’s record and the historic in one night, which has his partner Klay Thompson, with 14 (Curry reached 13) They play there against the Blazerso, but then they have a five-game streak in the Eastern Conference.. It could be, if it is prolonged and to make it romantic, that the record will come against the Celtics in Boston … we will see if with the presence of Ray Allen, who did not end well with the franchise. With it he broke that record in 2010-11, in a game against, precisely, the Lakers, and in a Garden that celebrated it in a spectacular way. His hug with Reggie Miller, whom he surpassed then, is already part of NBA history.

So we have to see when all this will happen. The best league in the world has always lived up to such moments. Meanwhile, the Warriors continue to win: 31 points and 8 assists for Curry, 28 points with 8 triples for Wiggins (his career record), a bit of the usual for Draymond (7 + 7 + 3 + 3 + 1), 12 + 7 + 7 for Jordan Poole and zero opposition from some unpretentious Magic and who had Wendell Carter Jr. (14 + 12) as most prominent man. The Warriors played practically walking, they already had the game resolved at halftime (65-44), distributed 28 assists and forced their rivals to commit 22 losses. 20-4 record at the expense of Curry’s records and leadership shared by the Suns, who hold the pull of a team that is, at the moment, the top favorite in the ring.

Chris Paul had to put on the hero cape to solve a game that was too difficult for the Suns. The Spurs, with a bad record but fighting in every game (their last victory was spectacular, against the Warriors), they carried the crash to the end. With 105-102 and less than a minute to go, Chrris Paul pulled a 2 + 1 up his sleeve and sentenced for his team. A last basket of White was useless; and before, at 100-97, Paul himself made a tremendous block to Dejounte Murray, a key defensive action. Both bases were the best of the game: that of the Spurs went to 17 points, 6 rebounds and 14 assists, while his rival reached 21 + 3 + 10. Six players from each team reached double digits in one of the most attractive games of a tedious day, with many encounters and a more than questionable game that had its ray of light in Arizona.

Very ugly match in Oregon. Two teams that are playing very poorly in a Western Conference where only the Warriors and Suns are playing well. The Blazers have lost six of their last seven games and have the worst defense in the competition., in addition to an 11-14 record that relegates them to 10th position in the Eastern Conference. The Clippers are fifth at 13-12, but they’re not particularly good either. In Portland, a game of give and take with a spectacular Jusuf Nurkic (31 points and 5 rebounds), resolved in the end by the Angelenos, who had Paul George (21 points) as the leading scorer. Tyronn Lue escapes from a slightly embarrassing situation (lose there and so on …) And the Blazers have to do a good internal makeover before they see what they do with Chauncey Billups.How they keep Damian Lillard happy (neither he nor McCollum played against the Clippers) … In other words: how they revive a project that is in the final stages. At least, It seems.

Loading...
Newer Post
“He has qualities that few extremes have; he discovered the best country for his football “
Older Post
The Story of a Champion ‘, Discovery launches documentary of the Mexican boxer