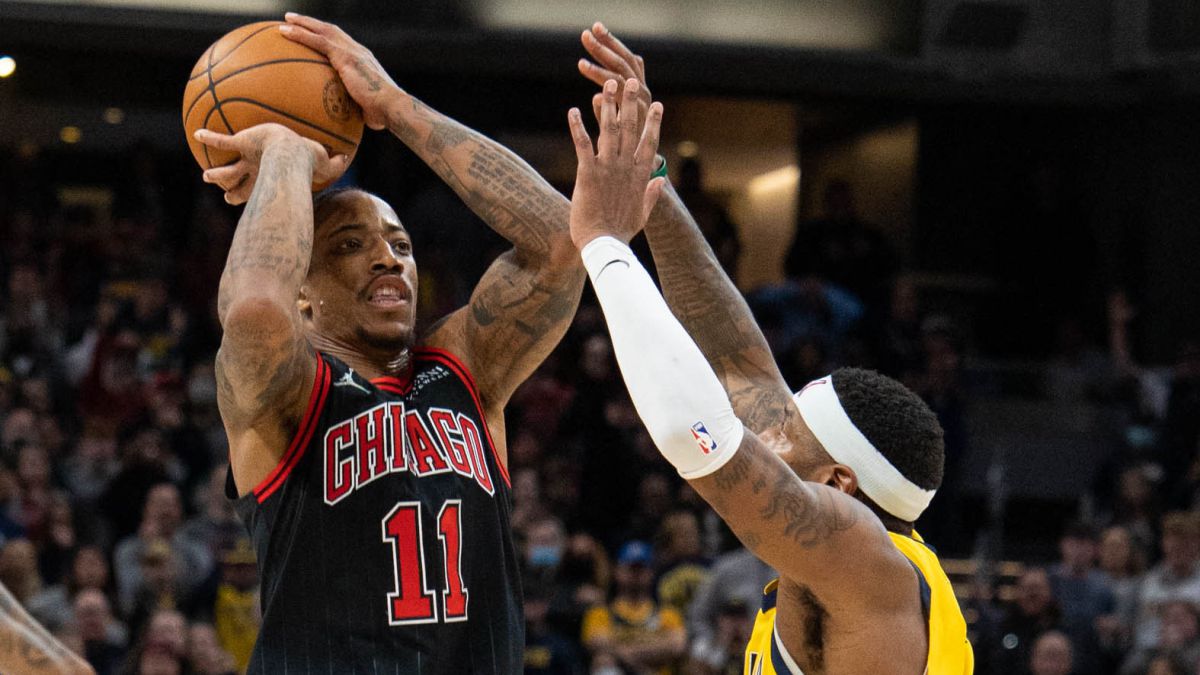 INDIANA PACERS 106 - CHICAGO BULLS 108 Not only did he get the ball back, even if it was not considered valid, but then he scored a trippy to one

Not only did he get the ball back, even if it was not considered valid, but then he scored a trippy to one leg while the horn sounded at the end to win. DeMar DeRozan was the star of the last day of 2021 with his shot against the Pacers. The guard-forward did not have a good game (8/24 shooting), but he decided. The union of Sabonis and LeVert was not enough to stop the Bulls, who remain division leaders and with six consecutive victories.

The Kings are left unarmed again and in a bad mood in their ranks after Harkless left the bench after arguing with a couple of teammates. The Mavericks, without Doncic yet, leaned on Porzingis and Brunson to win.

Robert Williams’ triple-double to which he also added five blocks and without missing shots was too much, along with the good work of Brown and Smart (24) to disarm the runner-up, who had Booker and Paul but is still short of cash. The defeats in a row for the greens are over, there were already three at these parties.

Almost alone it fell to Love (35) to deal with the Hawks, irregular this season. It was two free throws by Trae Young, after Okoro’s foul, that made the final advantage, as Kevin Pangos missed the shot that would have forced extra time in Cleveland.

When Ibaka returned to Toronto, there was not a good match for him or his team. VanVleet, Anunoby and Siakam teamed up perfectly to give the Canadians a courageous victory. Lue is also low in Los Angeles.

Butler (37) was the leader of his team in Houston. In the Toyota Center they carve a streak that already goes for five in a row and threatens the positions of honor in the Eastern Conference. Garuba left the game without appearing.

Morant (30) finished as the best player of this match. The point guard has picked up pace and is once again presenting himself as the star the Grizzlies need to carry out games like this one. Aldama had thirteen minutes.

LeBron James’ pre-game against the beaten Trail Blazers. A punch to the table from Akron’s forward with 43 points and 14 rebounds. Read the chronicle.