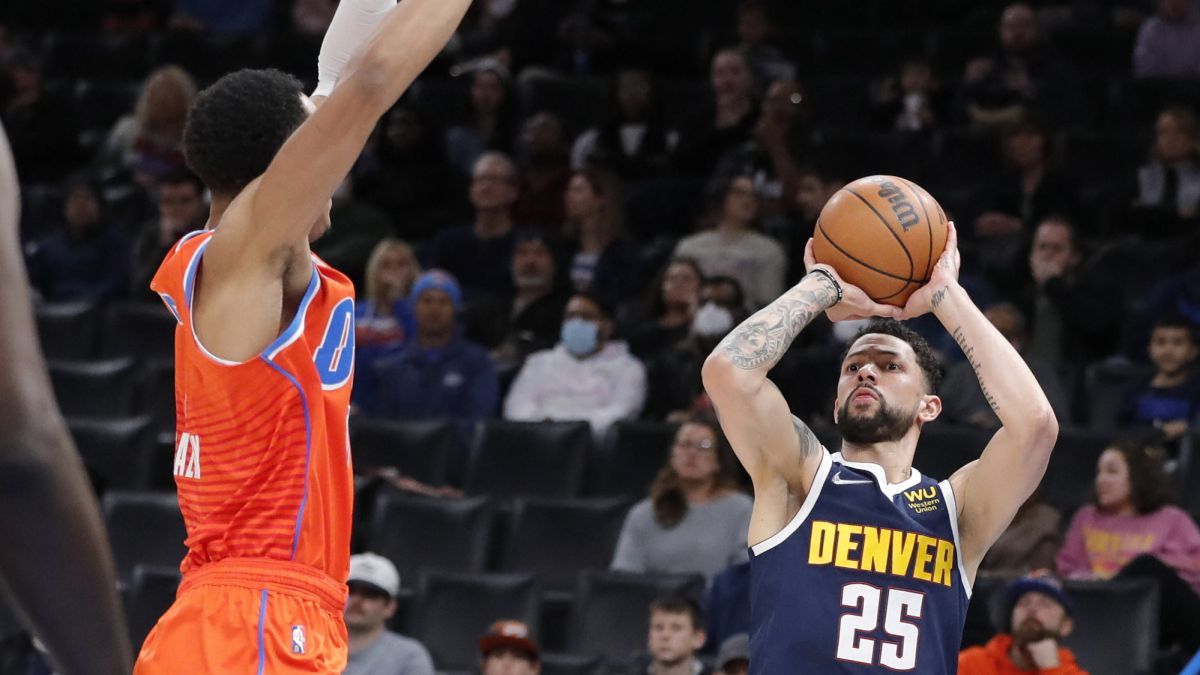 Jokic was left with a difficult game and had to turn to a teammate who has not had a good season so far. Austin Rivers, with a 3-pointer to tie and a 2-pointer to put the Nuggets ahead, was his second on board. The guard-point guard scored 22 points, the same as the Serbian center, and between the two they beat OKC in their lair. Denver has won more road games, eleven, than at home, nine.

The Wolves, with all four quarters scoring more than thirty points each, clinched a winger win. Towns (40) led on a night of pain for Houston, which has not returned to the line of its consecutive victories of a month ago.

Lillard and McCollum are still not playing and Simons (31) takes advantage of that to act as director and shooter in equal parts. Powell wasn’t on protocol either, and the Blazers didn’t seem to notice either, which says very little about these giddy Kings, who have their fourth straight loss and show no sign of improvement.

Amir Coffey (21) was the ace of the Clippers’ sleeve against the Hawks. The seconds again give a bad impression. On this tour of the West they have taken two victories out of six possible. Those of Lue had eight players in double digits. Serge Ibaka only missed one of his eight shots from the field.

The Wizards put out their best defensive side on the last play to prevent the Magic from lifting the victory. Harris couldn’t beat Beal (20) and Okeke couldn’t beat Kuzma (27) in that double attempt with the clock almost at zero. Ross (32) was the best in Orlando one more day.

The Raptors are again left with another game for them with VanVleet (32) and Siakam (29) as kings of the court. The Canadian team progresses in the East without making much noise. The Pelicans did not have Willy and had Ingram (22) as their leading scorer.

Rookie Cam Thomas hits the winning basket 1.4 seconds from the end of overtime. Brooklyn had five straight losses at home. Read the chronicle.

The Lakers finish with their four victories in a row leaving a bad impression against a few limping Grizzlies, who do not stop. Read the chronicle.

Dallas is beginning to become very serious. It’s been six in a row. Chicago was nine and his streak was cut. Triple-double for Doncic. Read the chronicle.

The Warriors guard has been out of play for two and a half years due to a couple of tough injuries. 17 points in his emotional return to the slopes. Read the chronicle.

Loading...
Newer Post
The 5 best fights in boxing history: Muhammad Ali starred in one of them
Older Post
Look at all the winners of the La Nueva Tournament. in Monte Hermoso