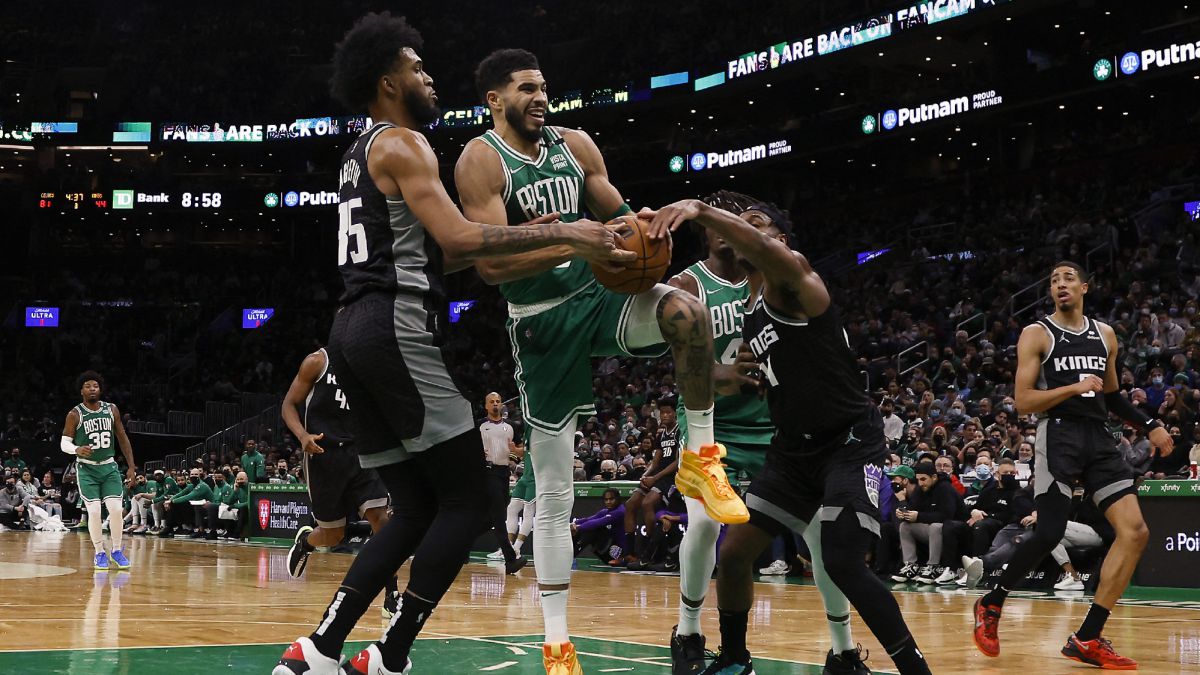 New NBA day full of news. The Lakers get Anthony Davis back and get a great victory against the Nets without Durant or Kyrie. Huge beating of the

New NBA day full of news. The Lakers get Anthony Davis back and get a great victory against the Nets without Durant or Kyrie. Huge beating of the Celtics to the Kings, who lose 53 points and leave their rivals with a single player with double figures in scoring. The Clippers miraculously beat the Wizards and continue to score despite the losses of Kawhi and Paul George. Also, vSpurs’ victory over Rockets in a Texan derby, exhibitions by Embiid and Jokic, another defeat by the Hornets and good games by the Blazers and Warriors, who beat the Timberwolves and Mavericks respectively in the West. Below is the summary of the day:

Jokic prevails in a Cunningham exhibition. Check the chronicle here.

Pascal Siakam had 24 points and 9 rebounds, along with a spectacular 12 assists as the Raptors defeated the Hornets. Gary Trent Jr. scored 14 of his season-best 32 points in the third quarter for the Raptors, which they won for the third time in the last eight games. OG Anunoby added 24 points, Chris Boucher 12, Malachi Flynn 11 and Dalano Banton 10. For the Hornets, LaMelo Ball scored 25 points. The Charlotte team lost its second straight game after winning three in a row. Miles Bridges added 22 points, James Bouknight 18 and Terry Rozier and Mason Plumlee 12 apiece.. PJ Washington and Justin Champagnie were ejected in the first quarter after a fight. The Raptors were without Fred VanVleet (knee) and Scottie Barnes (wrist). The Hornets were without Gordon Hayward (foot).

The Los Angeles Clippers won this Tuesday against the Wizards (115-116) a game that they lost by 35 points, a great victory with which they matched the second-biggest comeback in NBA history. Since there are detailed records in the league, the record is held by the Jazz, who in 1996 came back from a game against the Nuggets who were losing by 36 points. Tonight’s Clippers match the 35-point comeback that the Sacramento Kings achieved against the Chicago Bulls in 2009. In one of the most amazing and spectacular games so far this season, the Clippers were down 6 points to go of only 10.9 seconds after cutting a huge difference during the second half. However, Luke Kennard hit a triple almost from the logo of the court with 8.2 seconds remaining and finished off the feat with another 3-pointer plus extra shot that gave the Clippers their first lead of the entire game., which made the Los Angeles bench go crazy and left the Washington fans stunned. The Wizards seemed to have total control of the game in the second quarter, when with 1:20 to go before the break they won by 35 points (66-31). They went to the locker room with a 66-36 lead, but in the second half the Angelenos were a hurricane and closed the last two quarters with an incontestable 49-80 run. Amir Coffey was the top scorer for some Clippers (29 points and 5 rebounds) in which Luke Kennard stayed close to the triple-double (25 points, 8 rebounds and 6 assists). Bradley Beal was the highlight of the Wizards with 23 points, 9 rebounds and 6 assists. The Spanish Serge Ibaka played four minutes for the Clippers in which he missed the only shot he attempted.

Jayson Tatum and Jaylen Brown combined to score 66 points as for the Celtics, who overwhelmed the Kings (128-75) in a victory of up to 53 points and got their seventh victory in the last 10 games. Tatum finished with a game-high 36 points and 6 assists, while Brown had 30 points and 10 rebounds. Robert Williams III scored 13 and dominated the boards to get 17 rebounds. The Celtics came to command by 60 points, but they stayed at 53, thus remaining at the gates of the record achieved in 2018 against the Bulls, when they achieved a victory of 56 points (133-77). Buddy Hield was the only scorer to reach double figures on the Kings, finishing with 11 points on 4-for-14 shooting.

Davis returns, LeBron shows off and the Lakers win in Brooklyn. Check the chronicle here.

The Spurs gave the Rockets a 30-point beating this Wednesday in Houston (USA) in a game in which both teams fought blood and fire hanging from the hoops despite the dominance of the San Antonio (104 -134). The Spanish player Juancho Hernangómez played 10 minutes in the last quarter, when the game was already decided, and got 3 rebounds for the Spurs. His compatriot Usman Garuba did not play because of a wrist injury that the Rockets said will keep him off the court indefinitely and may require him to undergo surgery. The best for the Rockets was Kevin Porter Jr with 16 points, 5 rebounds and 9 assists while for the Spurs, with eight players above 10 points, Dejounte Murray stood out with a double-double of 19 points, 5 rebounds, 10 assists and 3 steals. Those from San Antonio (18-30) arrived in Houston in position number 13 in the Western Conference while the Rockets (14-34) received the Spurs one place below the same table, both teams in a rebuilding season unlucky so far. The Spurs had lost 12 of their last 15 games through tonight. The Rockets, who scored only 9 of their 34 triples today, have their hopes pinned on the 19-year-old rookie Jalen Green, who in the 32 games he has played in his first season has averaged 14.4 points, 3.2 rebounds and 2.2 assists.

The Warriors go over Luka Doncic. Check the chronicle here.

Despite dominating the first half, a 19-29 run in the third quarter allowed the Timbwerolves to come back and prevail in a fast-paced game. Anfernee Simons missed the 3-point attempt that would have allowed the Blazers to win against a direct rival that they have ahead in the Western Conference and that currently occupies the seventh position (for the tenth of the Oregon team). Jusuf Nurkic was the best of the locals with 20 points, 14 rebounds and 4 assists. For the Timberwolves, Anthony Edwards was the best of the game with 40 points, Jarred Vanderbilt added a double-double of 13 points and 13 rebounds and Karl-Anthony Towns another of 17 points and 17 rejections.