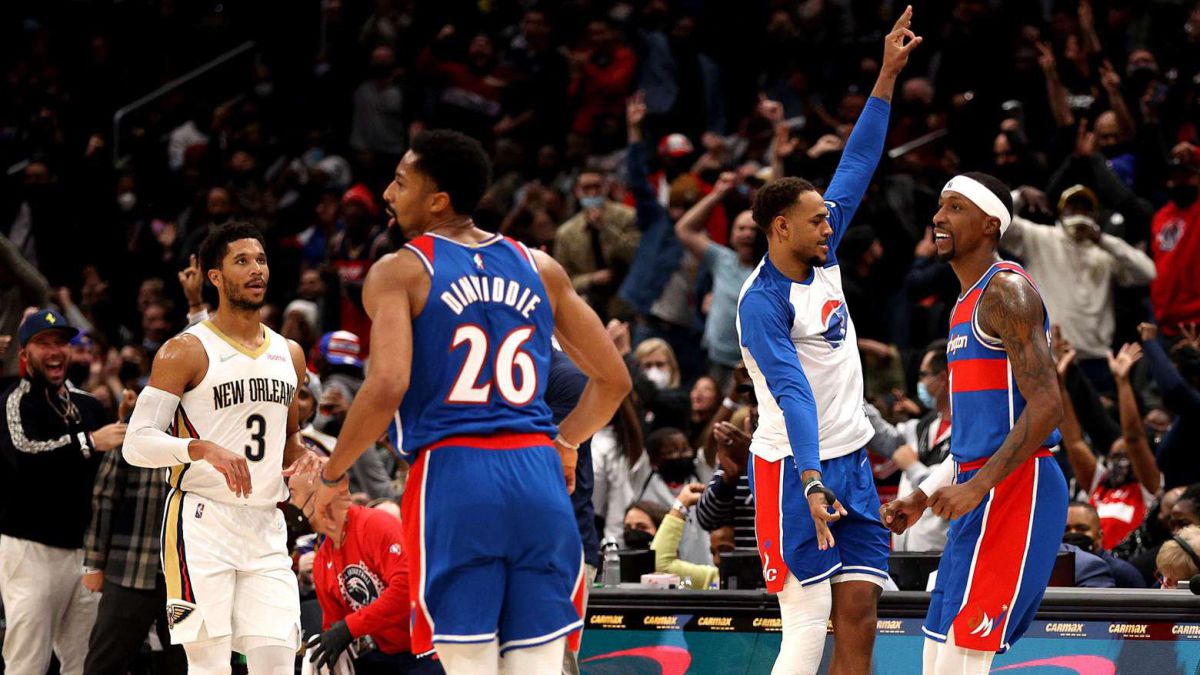 WASHINGTON WIZARDS 105 - NEW ORLEANS PELICANS 100 Despite the Wizards entering as leaders of the East and leaving the same way, difficult game.

Despite the Wizards entering as leaders of the East and leaving the same way, difficult game. The Pelicans, one of the worst teams in the opposing conference, made it expensive for them, and only the nerves of being in a position to win could with those of Willie Green. The locals did not finish off until the last strip of the meeting. New Orleans was scoreless in four of the final five minutes and it killed them. Ingram, who reached 31, is making progress but it is not enough without Williamson. Willy, no minutes.

A basket by McCollum and an assist from him to Nance sentenced the game in favor of the Blazers, in which Lillard did play tonight. Between the two outside Portland they added 53 points. The team has won six of its seven home games.

Quiet day for the Hawks against a Magic that does not pose a threat. Cole Anthony finished with a sterile 29 points in the Orlando draw, which lost every quarter of the night.

The Pacers lost because of a terrible fourth quarter in which they were left with only ten points. With this, the Knicks recover their pulse a bit, since they had lost five of the last seven games. Quickley and Walker added 16 each.

The Kings’ resounding victory just as their coach, Luke Walton, was beginning to be seriously questioned. Six players above fifteen points, with Buddy Hield crowning 22, added far more than the Pistons, who have won just three games.

The Suns gave the Wolves several opportunities, who blew two triples to win and tie, and still did not give the locals to prevail. Ayton came back with a double-double and Booker led with 29 points. Phoenix is ​​second in the West.

Tyler Herro is still a good tool for these enhanced Heat, both on par. The guard finished with 26 points his performance in Oklahoma City.

Rubio scores 26 of his 28 points in another great second half, but Schroder’s 6 straight goals in the last minute and a half gives Boston the win. Read the chronicle.

Houston signs another disastrous game that gives option to the usual minutes. In those Garuba and Aldama, friends and novices, were measured. Read the chronicle.

Game without history between a gentleman team and another that without LeBron does not seem like a big deal. Impressive performance by DeRozan, with 38. Davis, sent off. Read the chronicle.

The Mavs beat the Nuggets on a night when Porzingis faced Jokic face to face and managed to lead the Texan team. Read the chronicle.

Loading...
Newer Post
Champion without a crown? Dustin Poirier says he’s the best in the UFC
Older Post
Formula 1 runs out of Italians and welcomes its first Chinese driver