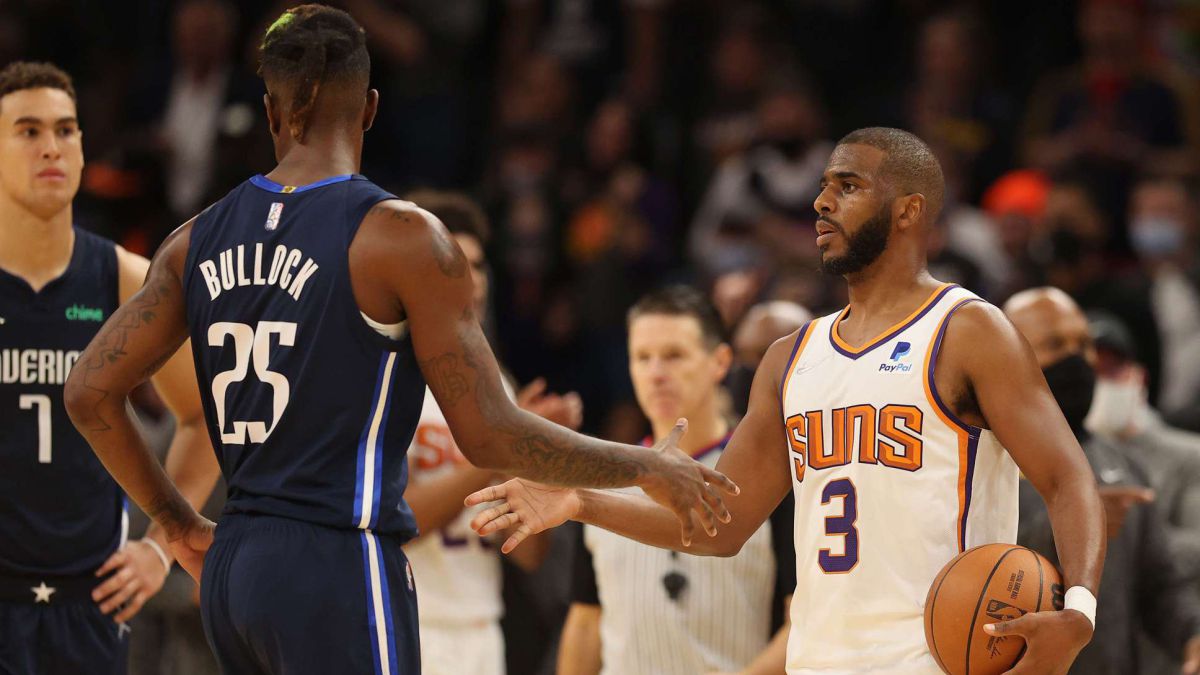 PHOENIX SUNS 105 - DALLAS MAVERICKS 98 The Suns, with a low-end Chris Paul, got rid of the Mavericks in the fourth quarter. The Texans held up w

The Suns, with a low-end Chris Paul, got rid of the Mavericks in the fourth quarter. The Texans held up well without Luka Doncic, who was ruled out for this game with a sprained ankle and knee discomfort. Booker put the clasp on. Hardaway (22) and Porzingis (21) supported the weight of Dallas, but it was not enough.

Lu Dort (34 points) led the Thunder’s victory. The Oklahoma team leaves open the wound for the Rockets, a team not inferior by names but by what it is showing at this start of the season. The locals controlled the match and left the victory practically made in the third period. Houston continues with only one game won.

For Tristan Thompson, such a loss for the Kings was unacceptable. Perhaps because he sees that the level of these two teams is even. They were only ten away, but Minnesota had a victory in nine games and it is logical that Sacramento wanted to take advantage. Edwards (26) and Towns (22) were the best of Finch’s team.

Big hit for the Magic at Madison Square Garden. One of the worst team of this campaign brought out the breed and won on one of the biggest stages. Ross (19 points) was the leading scorer, although Wagner lagged behind and also scored a decisive two-handed slam.

Willy is still not playing in a Pelicans approaching the twenty-game frontier with just two wins under his belt. Jimmy Butler (31 + 10 + 10) completed a triple-double to tie up this single match in Miami.

The Trail Blazers drastically turned this game around in the fourth quarter. They were losing by eight with ten minutes to go and finished ahead. McCollum fixed a grim game with baskets leading Portland ahead and then free throws from Lillard, Nurkic and Little claimed to win.

Braking the very good streak of the Wizards, who were dominating the Eastern Conference without barely stumbling. In Charlotte they suffered and ended up losing. The Hornets penalized them by defending the triples well and protecting the rebound.

Cade Cunnigham still doesn’t fit the NBA when it comes to shooting selection (6/18), but Detroit has grown since he’s on the court. Fourth victory. The Pacers were the ones who paid for it, especially in a very bad last quarter.

The Celtics, led by a good Tatum (34), tried to force a weak Hawks at this start of the season, but McMillan’s are making up ground. They beat the greens without much trouble and tied them with victories: seven. Collins (20) and Huerter and Reddish (19), the best venues.

Ricky Rubio and Darius Garland, ‘RickyLand’, stayed in command on the night that Love returned and they squeezed the Nets well at home. Read the chronicle.

They held out as long as the Lakers could against Antetokounmpo of the big events (47 points). This tour of the East begins with defeat. Read the chronicle.