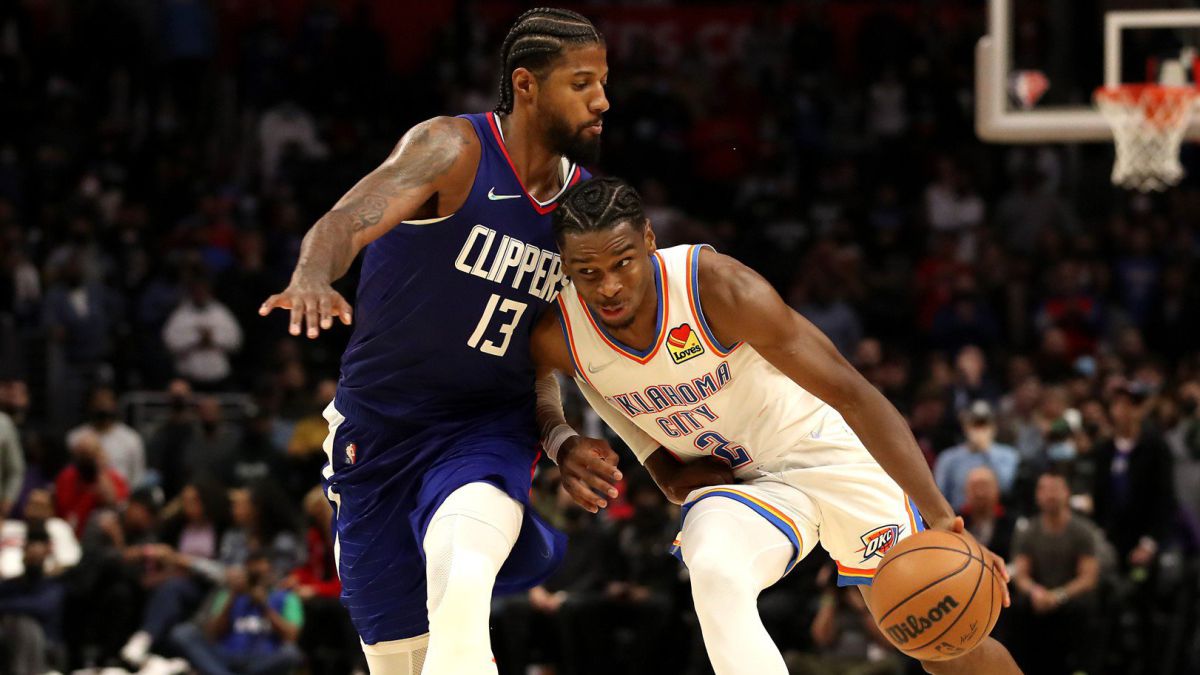 LOS ANGELES CLIPPERS 99 - OKLAHOMA CITY THUNDER 94 The cavalry arrived at Staples Center on time. The Clippers had to squeeze at the end and Pau

The cavalry arrived at Staples Center on time. The Clippers had to squeeze at the end and Paul George and Reggie Jackson, due to the absence of a finisher like Kawhi, pulled the car. The guard-forward was the best of the game with 32 points. The Thunder ran out of steam at the end, failing on too many important possessions, and they still haven’t won on the road.

On a night in which Lillard received pleasant chants from the Sixers’ stands, he ended up watching another gray game from the Blazers point guard (13 misses in 20 attempts) and with a final complaint, ensuring that now was the time to show his quality. The locals, not only without Simmons but also without a Harris who is in the health protocols, relied on Seth Curry (23) and Georges Niang (21) to add another victory, the fifth.

The Hawks worked in attack but also in defense, stopping a Bradley Beal superior in the first half and bottom in a second where he had more difficulty finishing with 24 points. Trae Young, taking advantage of the free throws, and Clint Capela, closing the zone to the others, were an important part of the triumph of theirs.

OG Anunoby broke his record for points in the NBA, leaving it at 36, to lead some Raptors where Trent (26), VanVleet (17), Mykhailiuk (15) also stood out … The defeat is the second of the season for the Knicks.

Surprising, for the forcefulness, game won by the Magic at the home of the Wolves. And they’ll have to watch out there for Russell’s sprained ankle, who didn’t play well either. Franz Wagner, leaning on a sledgehammer, and Cole Anthony, a second-year point guard, collected 59 points between the two to lead their team.

Duarte (18) also works with LeVert (16). The outer pair tied well with McConnell, who directed them, and with Sabonis and Turner … The five starters were too much for a Spurs who could only make up the score in Indiana.

Magnificent arrangement of the Cavaliers in the first room. Then they knew how to keep the advantage. Ricky Rubio, bad in the shot but good in the direction. Read the chronicle.

Memphis Grizzlies guard Ja Morant gave an offensive lesson in the victory over the Denver Nuggets with 26 points. Campazzo, 2 goals. Read the chronicle.

The Celtics fall to Chicago after winning by 19 points in the third quarter. Smart criticizes the two stars of his team. There are 5 defeats in 7 games. Read the chronicle.

Loading...
Newer Post
These elastic boxing bandages come in eight colors and accumulate over 10,500 reviews
Older Post
Medium tires on the return of the F-1 to Mexico