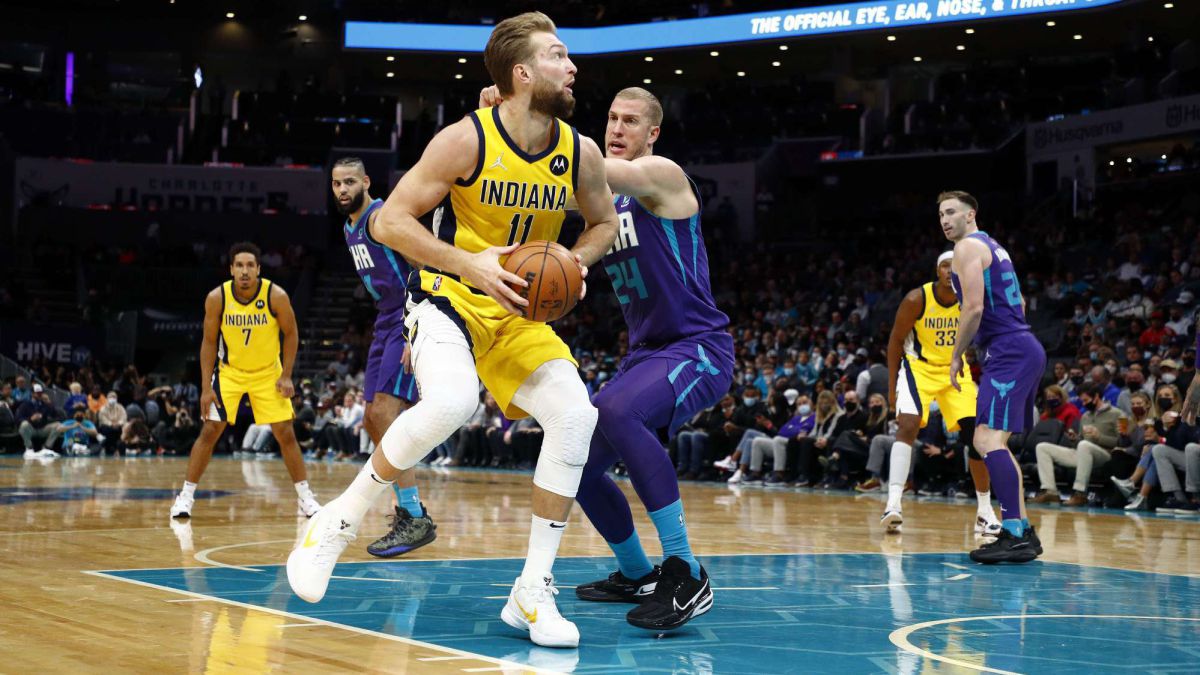 Cross roads in the East: Charlotte Hornets (5 straight wins, 10-7) beat Indiana Pacers (3 straight losses, 6-11) (121-118) in a very strange game in which Carolina’s men embroidered it to take advantage of 25 points in the third quarter and almost screw it up later. Rick Carlisle, who runs a dysfunctional team in Indiana, retired his quintet (Domantas Sabonis, Myles Tuner, Malcolm Brogdon, Caris LeVetert, Chris Duarte) without reaching halfway through the third quarter. None of those starters returned to the court and the substitutes (they scored 78 points, 71% of the team’s totals) almost signed a prodigious comeback: Torrey Craig’s leadership (14 points, 7 rebounds), Jeremy Lamb’s points (23), Wanamaker’s appearances (12) and Goga Bitadze’s work (11 + 4) converted a 118-101 with three remaining minutes and a half in a 121-118 ball for the Pacers and 16 seconds ahead. But, without timeouts, the visitors could not even get a triple to try to tie.

Carlisle spoke of the attitude of that second unit, almost a suicide squad, and suggested possible changes. They can be seen: on the track and in the offices. Transfers can be on the way on a lost team, without any chemistry on their first unit, with the usual problems (now amplified) to make the Domantas Sabonis pair work (only 8 points and 6 rebounds) -Myles Turner (4 + 4). Something needs to be done at the Pacers.

The Hornets went from losing one ball in the first half to 16 in the second. The last very silly, the last incomprehensible, a questionable pass to Bridges from a LaMelo Ball that almost spoiled a game that had been excellent: 32 points, 11 rebounds, 8 assists. He and Gordon Hayward (25 + 4 + 3) drove a locomotive that gave an excellent image before that too premature nap and that almost cost expensive. But there are the Hornets: after five losses in a row they have added five wins and are fifth in the East. With the excellent sensations that are not even seen in Indiana.

After the loss against the Warriors, The Nets have suffered through their games against the Cavaliers and Magic with much suffering, the latter (115-113) after coming back from 19 points and thanks to James Harden’s free throws: 19/20 to finish with 36 points despite a 7/25 in shots and a 3/13 in triples. A 10-0 approached the locals before the second half (53-62 at halftime) and a good third quarter seemed to leave almost done (90-83) a triumph that became very complicated (from 92-92). The Magic were alive until the end, but Cole Anthony missed the play in which he tried to maintain possession after purposely missing the second free throw. He finished with 16 points and 9 assists that added to the 17 + 5 from the very good rookie Franz Wagner and 21 points from Jalen Suggs: the number 5 in the draft is going to be higher. In the Nets, in addition to the points suffered from Harden, many misses and many free throws, Patty Mills scored 22 points and James Johnson (17 points, 10 rebounds, 4 assists) and LaMarcus Aldridge (15 + 5) had a key production from the bench. The Nets saved their skin without Kevin Durant, low at the last minute with a shoulder injury that had already bothered him in the last games. We will see how it evolves.

The Bucks and the Bulls keep adding

In Milwaukee there was also a threat of a comeback a priori impossible, but finally the Bucks subdued the Thunder (96-89) without brilliance and suffering. But they are already at 50% (8-8) in a start to the season marked by losses and problems for the champion. A 20-point lead became +2 (84-82) with eight minutes remaining. The Thunder, who this year compete almost every night, had several shots to complete the turnaround, but they were not successful. Shai Gilgeous-Alexander (17 points, 2/12 on 3-pointers) missed with 49 seconds remaining, at 91-89, then sentenced a Giannis Antetokounmpo who finished with 21 points, 19 rebounds, 7 assists and 4 blocks. Khris Middleton added 16 + 8 + 4, Portis 17 points and 13 rebounds and the Bucks beat a minor but very worthy rival: 6-9 now, again with good minutes from rookie Josh Giddey (14 points, 12 rebounds, 4 assists ).

The NBA will change the regulations to end the “Eurooffenses”
NBA: Luka Doncic continues to make history in the NBA: triple-double ‘exprs’ to beat Magic Johnson and Oscar Robertson
NBA Finals 2021: The list of teams that have never won an NBA title: Suns lose their third final
NBA 2525