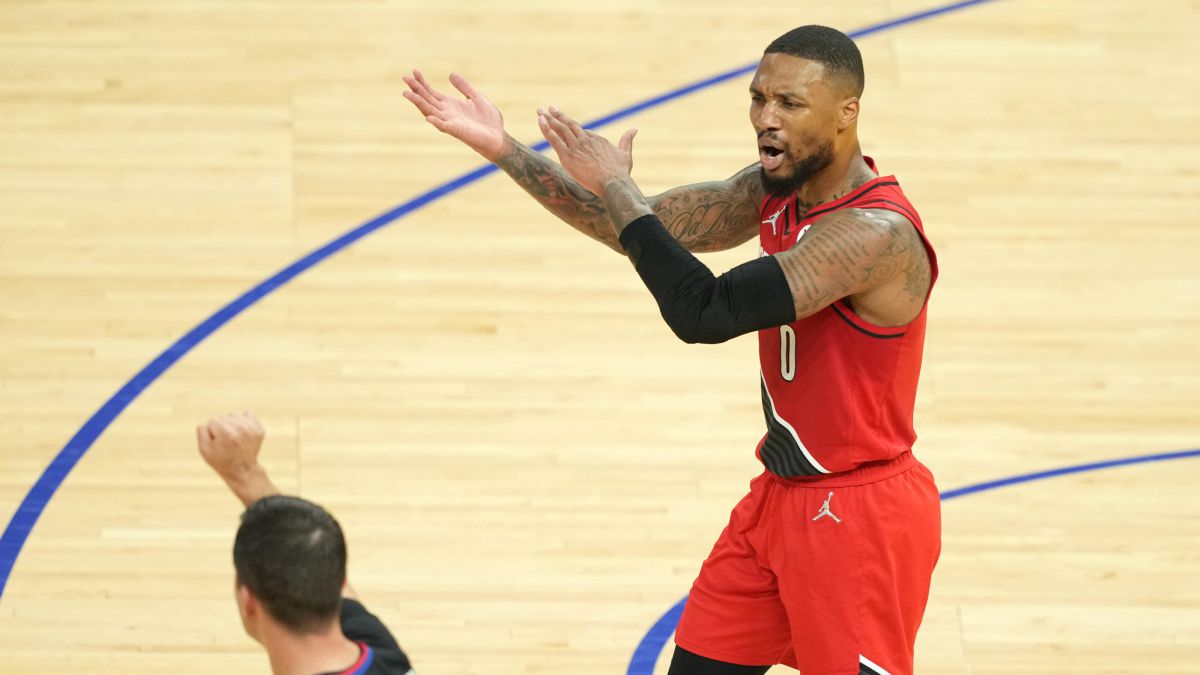 Philadelphia 76ers 101-Orlando Magic 96 The Sixers get some air in a very tough season, due to injuries and the Ben Simmons drama, after defeating

The Sixers get some air in a very tough season, due to injuries and the Ben Simmons drama, after defeating the Orlando Magic. The Florida franchise is already the worst team in the NBA with 18.2% wins (4-18). Franz Wagner, with 27 points, was the top scorer of the game, while Seth Curry was the best scorer of the premises with 24. Joel Embiid finished with 16 points and 13 rebounds.

Great Gunners game this morning in Illinois. 252 points in 48 minutes in a duel between the NBA’s two Ball brothers, Lonzo in Chicago and LaMelo in Charlotte. The second had a more outstanding performance than the first with 18 points, 7 rebounds and 13 assists despite the loss. Lonzo, meanwhile, finished with 16 points and 8 basket passes. The best of the game, however, was Vucevic: 30 points and 14 rebounds. Rozier, 31 for Charlotte.

Edwards (21), Towns (32) and Russell (21). The magnificent trio accumulated 74 of the 100 points to give the victory to the Wolves, who have picked up pace: they are seven wins in the last eight games. And they are already sixth in the Western Conference, since it gives direct access to the playoffs for the title. Nothing bad. Indiana played without Myles Turner, but with a colossus Domantas Sabonis lowered the boards: 25 rebounds. The center added 16 points and 10 assists for his first triple-double of the season.

San Antonio managed for the first time this season to link two wins in a row after defeating the Wizards. The Spurs have not achieved this ‘feat’ since last April when they managed to accumulate three wins. Derrick White was the game’s leading scorer with 24 points for the Texans.

Portland and Damian Lillard are still in a deep hole this season. The Blazers lost in Utah and posted their third straight loss despite Nurkic and Simons’ 24 points. The point guard stayed at a few 11 points. Donovan Mitchell had 30 for the Salt Lake City team who are still in a near-impossible chase of the Golden State Warriors for the lead in the West.

Yes there will be peace for Nikola Jokic. The Serbian, back after injury, had no altercations when he faced the Heat again, whom he dominated to break a losing streak. Read the chronicle here.

Deck still hasn’t touched a ball in the NBA: 15th game without minutes. The forward was again absent by technical decision in Oklahoma’s loss to Houston, which has three straight wins. Read the chronicle here.

Ricky’s Cavs roll on a historic Doncic. Triple-double of the point guard, who becomes the player with the most games of 5 or more triples in the history of Dallas. Cleveland, +30 with the Spanish on the court. Read the chronicle here.