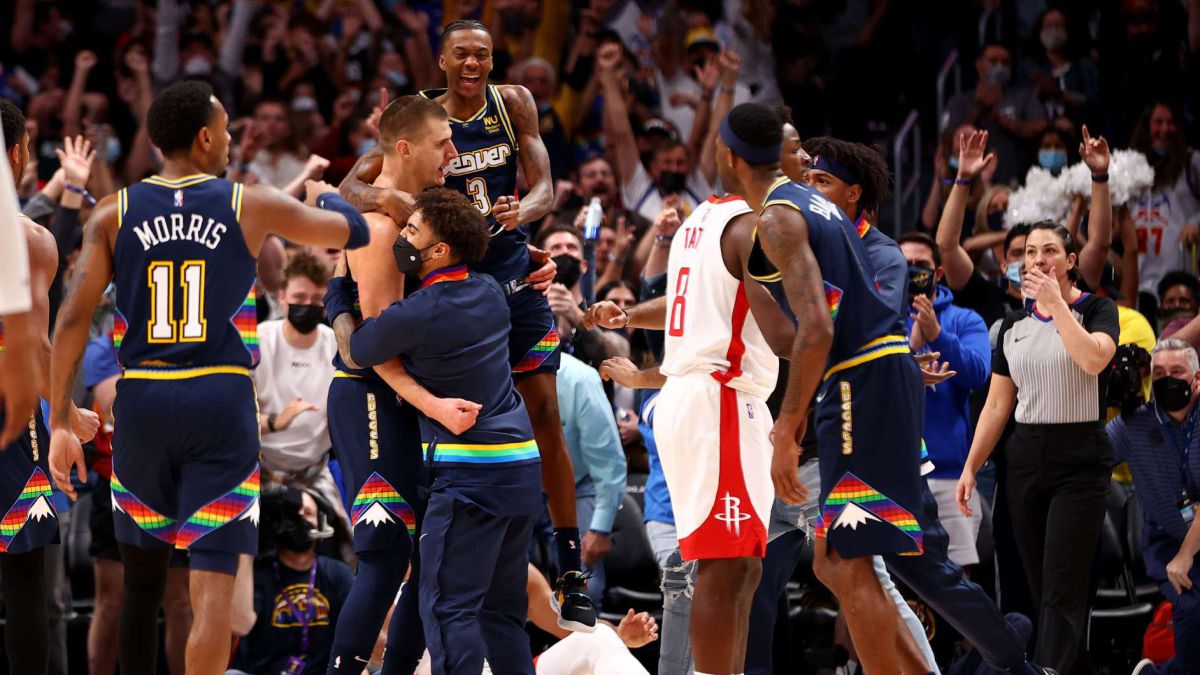 DENVER NUGGETS 95 - HOUSTON ROCKETS 94 Nikola Jokic once again demonstrated why he is the reigning MVP in the NBA. His block to Jae'Sean Tate al

Nikola Jokic once again demonstrated why he is the reigning MVP in the NBA. His block to Jae’Sean Tate allowed the Nuggets to win. Tight, but victory after all. The Serbian was the one who pulled the team to get closer to the rival before the break and the one who finished the task. 28 points and 14 rebounds for him. Garuba was, again, without playing. Houston has not won away and has only added one for them in the eight games played so far.

Conley squeezed the end with 20 seconds to go. Utah didn’t finish the job. Butler left the home team up three thanks to free throws and Mitchell didn’t force overtime with a triple to tie. The best of the game was the latter, with 37 points. Tyler Herro was once again the leader of the Heat, this time with 29 points.

Embiid went from inadvertently punching Lonzo Ball to over-celebrating his sentenced basket at the United Center. The Cameroonian center, with 30 + 15, was the highlight of the 76ers’ new victory, the eighth in ten games and at home to one of the revelations of this start of the season. Korkmaz, outstanding with 25 points from the bench.

The Suns rallied in the fourth quarter thanks to the defense and the short circuit that entered the Hawks, who missed too many shots in the decisive minutes. Devin Booker was, with 38 points, the undisputed star of the match, although Crowder, Paul and even Kaminsky contributed a lot to win.

An unusual triple by Luka Doncic, something that is already common in him, gave the Mavs victory over the Celtics. Another perfect triple from the Slovenian. Read the chronicle.

Angelenos grow dwarfs: LeBron was absent and Davis had two physical problems. But the others do not give the level. A very clear defeat. Read the chronicle.

Loading...
Newer Post
The MMA fight between a woman and a man that generated a worldwide controversy
Older Post
Floyd Mayweather refuses to take a photo with a fan for wearing painted nails