NBA: Jason Williams: “I hope Pau Gasol can be in the Hall of Fame soon” 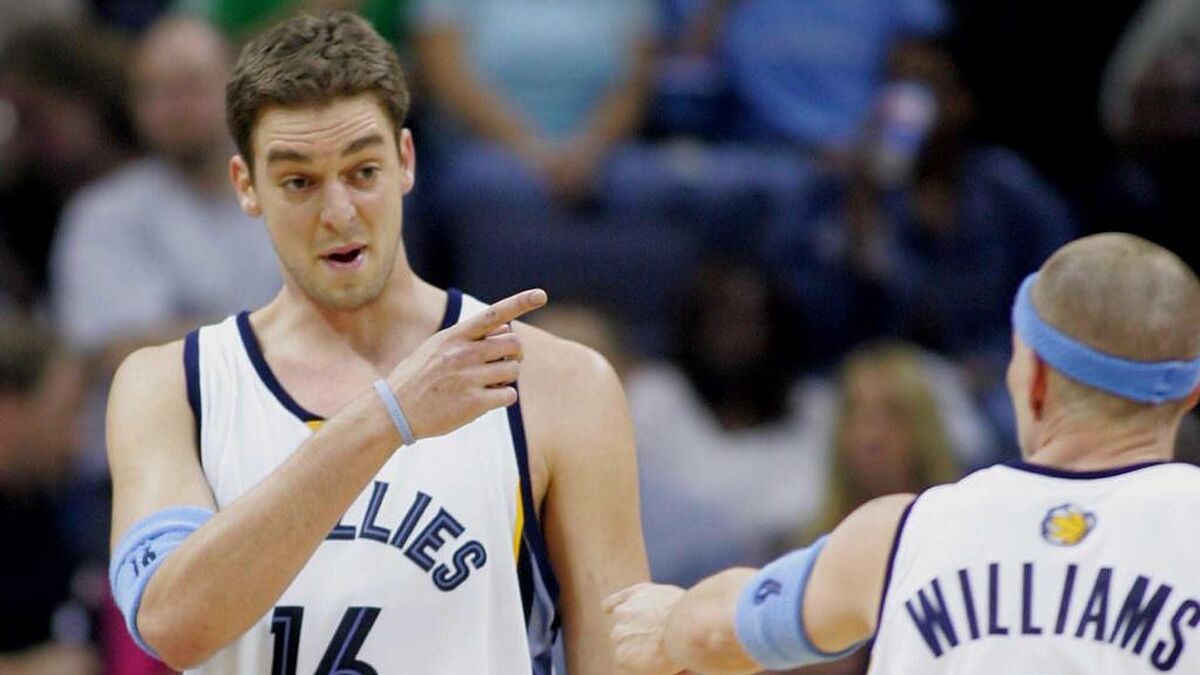 Jason williams, legendary base that played in the Sacramento Kings, Memphis Grizzlies, Miami Heat and Orlando Magic, answered the questions of the

Jason williams, legendary base that played in the Sacramento Kings, Memphis Grizzlies, Miami Heat and Orlando Magic, answered the questions of the fans in a new activity of the NBA Fan Club. Ten members of the Fan Club have had the opportunity to virtually meet the former player and ask him about some of the key moments of his career.

Williams was the first player to dish out an assist to Pau Gasol in the NBA, a fact that he did not remember until he saw it recently: &#8220;I was not aware that I was the first player in giving the first assistance to Pau Gasol until I saw him on social networks a month ago. I did not imagine the career he has developed in the league and of course I hope he can andsoon to be inducted into the Basketball Hall of Fame&#8220;.

Later, he was specifically asked about his experience playing alongside the dthe Gasol brothers, with Pau (2001-2005) and with Marc (2011) in the Memphis Grizzlies: &#8220;Was a honor and a pleasure to play with the Gasol brothersThey are both great players. Pau Gasol is one of the best players I have played with, surely one of the five best. Coinciding with both of them made my grassroots work much easier, two players with so much talent playing and understanding basketball in the right way and wanting to listen and learn. &#8220;

Known for his creativity on the park with some of the most extraordinary passes the league has seen, White chocolate was asked if his famous elbow pass was the most incredible thing he had ever done: &#8220;If you ask my parents they will surely say yes that I did something crazier. But surely that pass is the craziest I&#8217;ve ever made in a game. &#8220;

Furthermore, the legendary point guard also left some clues as to which player he sees most similar to his play style, &#8220;I think there is no one and I&#8217;m not saying it to sound like someone important. I think basketball has changed, the point guards have to score more for their team to be successful, that&#8217;s why they don&#8217;t watch the pass so much. Today&#8217;s point guards want to shoot and they want to score. If I had to pick a player today &#8230; I&#8217;d say LaMelo Ball He has creativity and imagination, I see something of me in him. But, he is without a doubt a better scorer than I was, to end up being a better player than I was and he really is one of the players that I enjoy watching play. &#8220;

On the evolution of basketball

Williams He confesses his liking for the current basketball style of play, although he is also grateful for having played in his time: &#8220;I like the way it is played nowadays, I like that there is annotation. Basketball is totally different from when I played. The more triples you score, the more points you score and it&#8217;s the fastest way to score points on the court. In my day we had players who posted like Shaq or Webber, and that they slowed down the game. Nowadays you have to score a lot for your team to win but it will be difficult for me to play now because I wasn&#8217;t looking to score like the point guards do now. I&#8217;m happy to play when I did because my job was easier than it will be now. &#8220;

Regarding the current situation of the League, the point guard also had a few words about the growing number of European players in the league, &#8220;Vlade Divac or Peja Stojakovic they paved the way for young Europeans to play in the NBA and let them know that it is possible to come and play. More and more European basketball is getting closer to that of the United States, although the physical and talent continues to be superior, &#8220;added Williams.

Tags: Pau Gasol, basketball nba
NBA: Cavs continue to amaze and stop Bulls in their tracks
NBA: Delonte West returns to his old ways: arrested for knocking on the door of a police station
NBA: Ricky Rubio does not fail in endless Cavaliers: up to 17 players on the court!
NBA 1305