NBA: Jokic pulverizes the most erratic version of Doncic 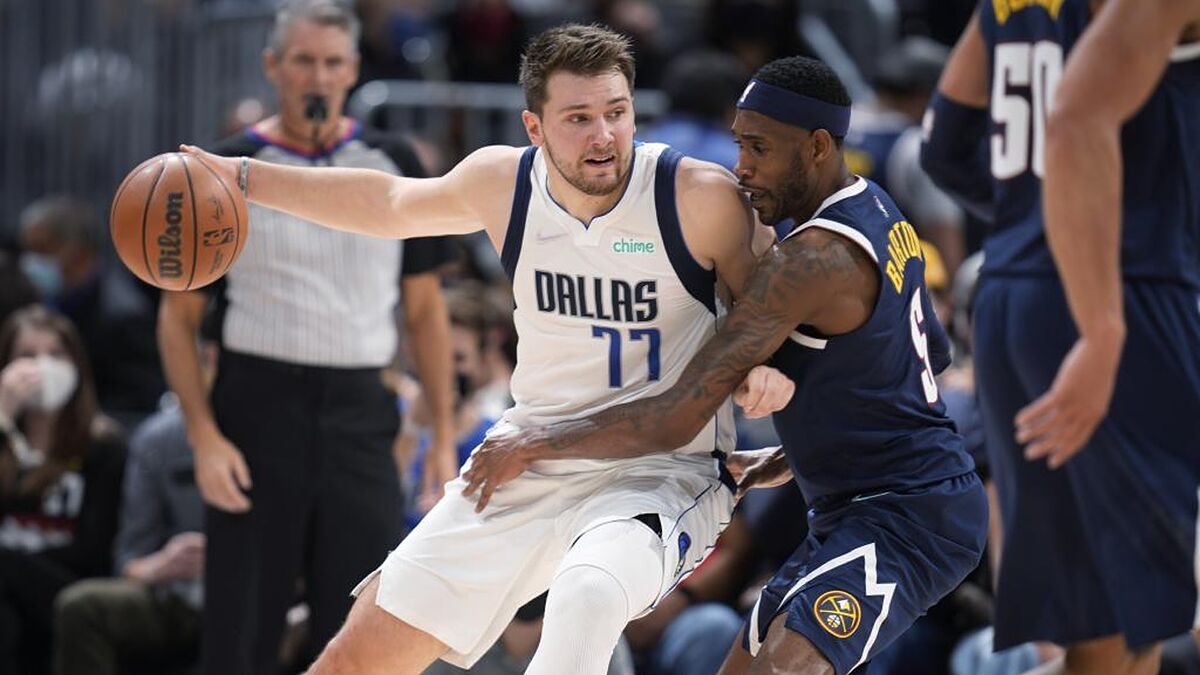 Lyou Denver nuggets they ran into their house Dallas mavericks with a 106-75 victory in which the Serbian pvot of the Colorado, Nikola Jokic, becam

Lyou Denver nuggets they ran into their house Dallas mavericks with a 106-75 victory in which the Serbian pvot of the Colorado, Nikola Jokic, became once again the most decisive player with a double-double of 11 points and 16 rebounds while the star of the Texans, Luka doncic he had to settle for 16 points.

The top scorer of the game was the Nuggets guard, Will barton, who had 17 points, in addition to 5 rebounds and 6 assists. Jokic, in addition to his double-double of points and rebounds sum 8 assists. From the bench Jeff Green scored another 14 points for Denver while the Argentine guard Facundo Campazzo, who played almost 18 minutes, scored 6 points, 3 rebounds and 2 steals.

The Nuggets began the game toned with a Jokic that distributed game in attack and settled his teammates in defense. In the first four minutes, Serbian pvot added four assists, allowing the Nuggets to go 13-6 on the scoreboard.

Meanwhile, the Mavericks, who played the San Antonio Spurs in Dallas on Thursday and recovered a 22-point deficit to win the game, were struggling to adjust their defense.

With 4.40 left in the quarter, the Nuggets were already 20-9 in favor. Only when the rotations started to occur, the Mavs trimmed the difference slightly and they finished the first quarter 8 points behind those at home, 29-21.

The Mavericks started the second quarter with more energy. Without Doncic on the court, Dallas opened with a 0-7 run, leaving them one point behind Denver’s 31-30 in less than two minutes. But after Campazzo received a blow to the jaw that was listed as a blatant, the Nuggets took off again. 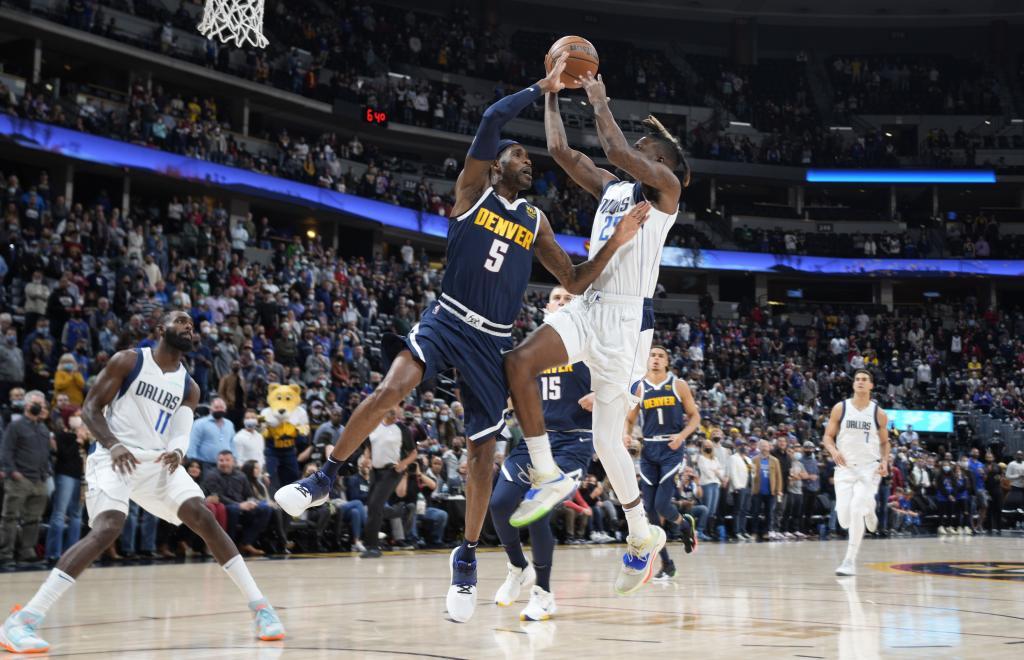 At 0-7 in Dallas, the Nuggets responded with another 7-0, leaving the score at 38-30 with 7 minutes remaining. Defensive errors by the Mavericks continued to facilitate the work of Gordon, Monte Morris and Jeff Green.

By then, the Nuggets had 12 baskets of 12 attempts from the paint, a sign of the Mavs’ low defensive intensity.

With two minutes to go before the break, the Nuggets had moved away to 17 points, 54-37. Only a small reaction from the Mavericks allowed Doncic’s went to the locker room with a more affordable difference of 10 points, 54-44.

By then, Jokic was already on his way to a new double-double, with 12 rebounds, 7 assists and 4 points. In front, Doncic was satisfied with 11 points, 5 rebounds and 3 assists.

After halftime, Denver’s height, and the second consecutive game in as many days, were noticeable in the legs and heads of the Dallas team.

The Texan team needed the first 4 minutes of the third quarter to add 6 points and reach 50. By then, the Denver team had already moved 14 points away, 64-50, with Gordon, Jokic and Barton executing the Nuggets attacks.

The Mavs needed another 4 minutes to add two more points, thanks to Doncic’s two free throws. While the Mavs scored 2 points, the Nuggets scored 11 and moved up with a 25-point lead, 75-50.

At that moment, Jason kidd, the Mavericks coach, decided to throw in the towel, remove Doncic and leave the bench to be in charge of finishing the game. The Mavs only added 12 points in the third quarter, to 33 by the Nuggets, leaving the score at 87-56 early in the fourth quarter.

With everything decided, the Nuggets moved up to 35 points above the Mavericks at the start of the fourth quarter. With nothing to lose, and to the delight of the Colorado public, Michael Malone decided to put Pvot Bol Bol on the track, son of the historic Manute Bol, with five minutes remaining.

In the end, Bol scored 4 points and contributed to the final victory of the Nuggets 106-75.

Tags: Luka doncic, Dallas mavericks, Denver nuggets
NBA: The dramatic cry for help from Cedric Ceballos, dunk champion and NBA all-star, in his fight against COVID
NBA: DeAndre Jordan takes the oar out for a walk: hit in the face of his rival
NBA rumors: The 6 that can be traded in the short term
NBA 2521