NBA: Justice for DeMar DeRozan, one of the NBA’s most underrated players 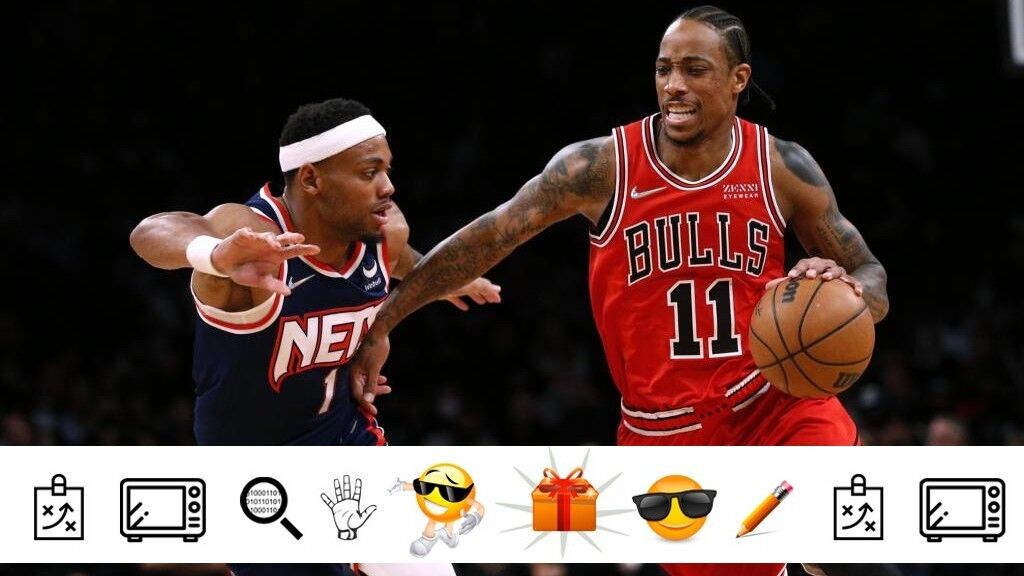 ANDn the time of the triple, DeMar DeRozan he doesn’t usually throw too many. Only 2.5 of his 18.8 shots are from beyond the arc. When the triple-doubles they are made like churros, l has scored just one in over 900 matches of his career. Nor is he lavish in making spectacular dunks. It doesn’t appear too much in the highlights. And perhaps for all that the escort of the Bulls, who scored 29 points in triumph over the Nets and was decisive again with Zach LaVine (31).

DeRozan wears nine seasons averaging more than 20 points per game. In the current one it is in 26.3, his second best record, and it is only behind Kevin Durant, Giannis Antetokounmpo and Stephen Curry on the season’s best scorers list. It is one of the keys to the so far remarkable campaign of the Bulls, second in the East, giving encouragement to the Nets, who have already won both games played. “If you want to be the best, you have to beat the best,” he said after the last victory.

The 32-year-old, 1.98-meter guard has had no luck during his career. He spent the first nine years in Toronto, playing at a good level, but in a market without much marketing. I left the Raptors in the summer of 2018 and the following season they won the ring. In the transfer that led to Kawhi leonard to the Canadian franchise, he went to the Spursdominators of the NBA in the previous decade, but already with Tim Duncan, Manu Ginobili and Tony Parker turned into memories.

Markers of the day

DeRozan, despite everything, was a member of the third best quintet in the NBA in 2017 and second in 2018. He has been in four All Star, although he has not stepped on it for four years. This season justice should be done to him and the talent of a player forced to go against the current in his career and, because of his use of mid-range shooting, also in his game.

James harden has 41.4% in field goals, which means his worst percentage since his rookie season in the NBA. His average points is 20.9 per game, worst of last 12 campaigns. Data that shows that nothing is fine. In front of Bulls he had 14 points, seven rebounds and 14 assists and his forefoot was out of tune again: 5/21 shooting. “Blame it on me. I had many opportunities in the basket that I did not convert and that could have established this match, “he acknowledged after the defeat of the Nets before the Bulls. ‘La Barba’ recently acknowledged that he has a hard time finding the balance between being a playmaker or a good scorer. Kyrie irving without playing. Your team hopes you make up your mind and get back to your best version.

Nikola Jokic took the Madison with 32 points and 11 rebounds. The great game of the pvot compensated for the numerous casualties of the Nuggets. Nothing could do Knicks before the Serb and that they knew of his danger. “It’s so unique because you can run your attack through it. When a man passes the ball the way he does, it makes everyone so much better,” warns the coach. Tom thibodeau. Those of Denver they were never behind on the scoreboard and went on to win by 30 in the third loss followed by those of New York. “We have to look in the mirror and decide what we want the season to be,” he said. Julius Randle, which ended with 24 points.

Casualties of Jimmy butler and Bam Adebayo weighed more than that of Giannis Antetokounmpo and the Bucks passed over the Heat (124-102). The champions won up to 31 who, in the absence of their star, relied on Pat connaughton (23 points), Khris middleton (22), Bobby portis (19) and a DeMarcus Cousins (11) who played his second game with Milwaukee.

Tags: Chicago Bulls, basketball nba
NBA: Stephen Curry’s stick to the Warriors for not signing Ben Simmons
Brandon Ingram, an NBA star who calls for help from Zion
NBA: Stephen Curry is completely crazy: from the logo and on the horn as if it did not cost
NBA 1384