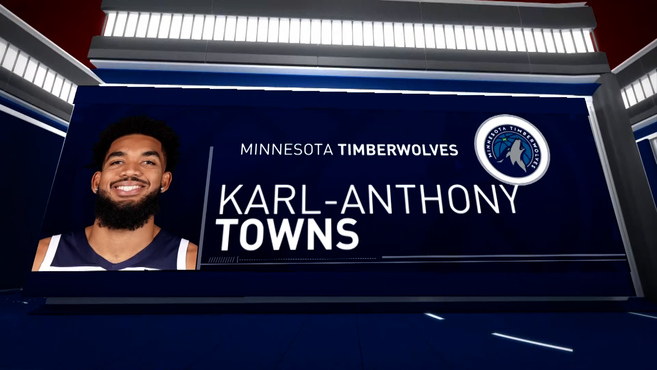 Karl-Anthony Towns It is already the history of the All Star by becoming the first pvot to be proclaimed champion of the NBA triple contest. The M

Karl-Anthony Towns It is already the history of the All Star by becoming the first pvot to be proclaimed champion of the NBA triple contest. The Minnesota Timberwolves player, a 2.11 with 41% accuracy from the triple this season, conquered the crown after beating Trae Young and Luke Kennard in a final in which he beat the scoring record (29 points) set by Stephen Curry and Devin Booker (28) achieved in the two previous editions.

The player from Minnesota opened the final with a record performance, in which he converted 20 of his 27 shots, and increased the pressure on his rivals, who could not match him. “I told you so!”, shouted Towns, 26, to celebrate his victory. “I want to be the best tall man shooter in history.”

The player from Minnesota, the least likely to win the final victory according to the bookmakers, had advanced to the final with 22 points, tied with Trae Young, in a first round dominated by Kennard’s 28 points.

Players who start ahead in betting like Zach LaVine, of the Chicago Bulls (14 points), Fred VanVleet, of the Toronto Raptors (16), Desmond Bane, of the Memphis Grizzlies (18) or CJ McCollum, of the New Orleans Pelicans (19) they didn’t have their day and were easily outmatched by Towns.

The Australian Patty Mills, of the Brooklyn Nets (21), tasted the passage to the final until the last shot of Trae Young, who converted it and achieved the round pass.

Tags: basketball nba, Minnesota Timberwolves
The Golden State Warriors options for the 2022 NBA Draft
NBA: Barkley’s tough message to Zion Williamson for her feeding: “It seemed like Shaq and I had a baby.”
NBA: “At Christmas when you are black and rich everyone thinks they are from your family”
NBA 4243