NBA: Klay Thompson is already hot after his return and it shows: 17 points in the first half 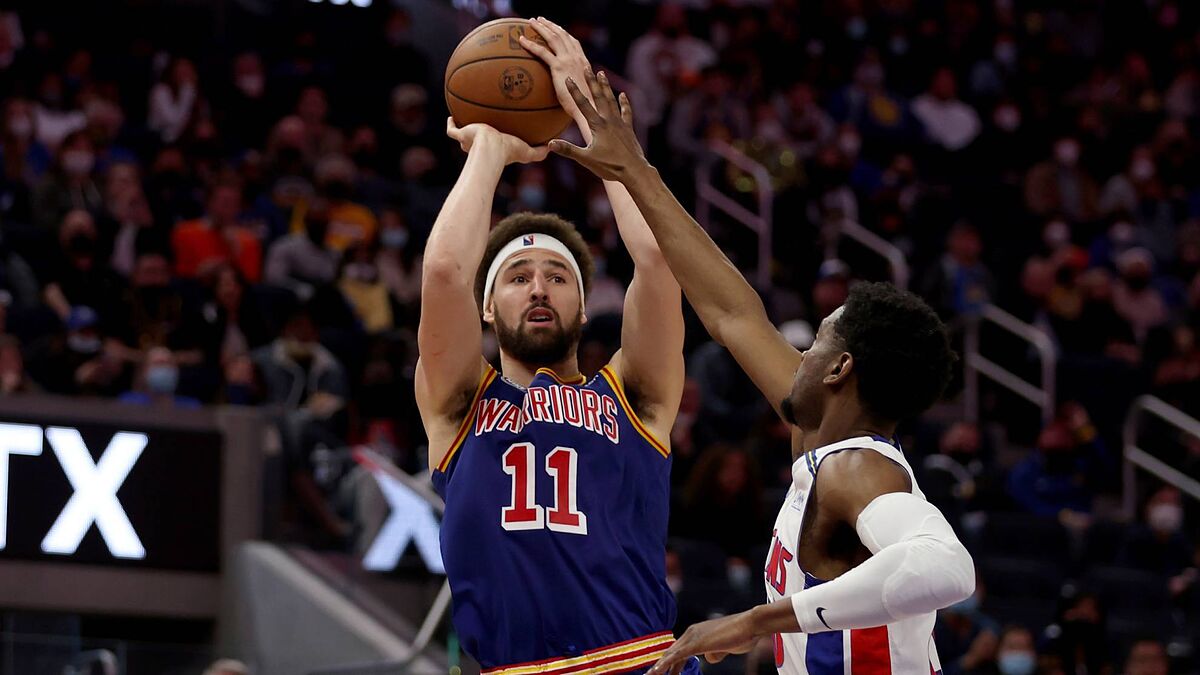 NBA: Klay Thompson is already hot after his return and it shows: 17 points in the first half

Lyou Golden State Warriors crushed 102-86 to the Detroit Pistons and the minnesota timberwolves they depressed 112-110 the New York Knicks in a quiet day of the NBA with only two games after Monday’s binge with 12 games for the Martin Luther King day holiday.

The Warriors came to win by 34 points in the third quarter and by halftime they were already clearly dominating with a resounding 66-38. Klay Thompson signed his best performance since he has returned to competition after overcoming his injuries and achieved 21 points (6 of 13 shooting, 4 of 8 triples), 3 rebounds, 4 assists and 2 steals.

In a Pistons without options, the best was Rodney McGruder with 19 points, 5 rebounds, an assist and a steal.

The Knicks miss two shots to beat the Timberwolves

The New York Knicks caressed the comeback against the Minnesota Timberwolves but in the end they threw away all the effort of the second half with an outcome in which the Wolves were much more effective and intelligent.

With 3.41 remaining, the Knicks dominated the scoreboard by five points (107-102), but from then on the Minnesotans drew a 3-10 run to take the victory from Madison Square Garden.

On the last possession of the game, the New Yorkers had a drive by Evan Fournier to force overtime and a three-pointer by Alec Burks, but both attempts went cross for the Knicks.

The game came to rest with a very good image of the Wolves (51-61), but the locals reacted in an excellent third quarter (40-25) with which they faced the last quarter ahead (91-86).Anthony Edwards (21 points, 3 rebounds and 3 assists and 2 steals) was the top scorer for the Wolves, but Karl-Anthony Towns (20 points, 5 rebounds, 3 assists and a steal) starred in the key play with a crucial two plus one when there were 29 seconds left to play.

Evan Fournier was the offensive beacon for the Knicks with 27 points, 4 rebounds, 4 assists, a steal and a block.

Tags: detroit pistons, Golden state warriors, basketball nba
NBA: Juan Toscano Anderson, the Mexican who has made Curry go crazy with the wildest mate of the season
NBA: Diana Taurasi is officially the Jordan of women’s basketball: declared the Best in History
NBA: Luka Doncic already has a new nemesis: this was his warm-up with Rudy Gobert before his ‘lebronian’ exhibition
NBA 2557