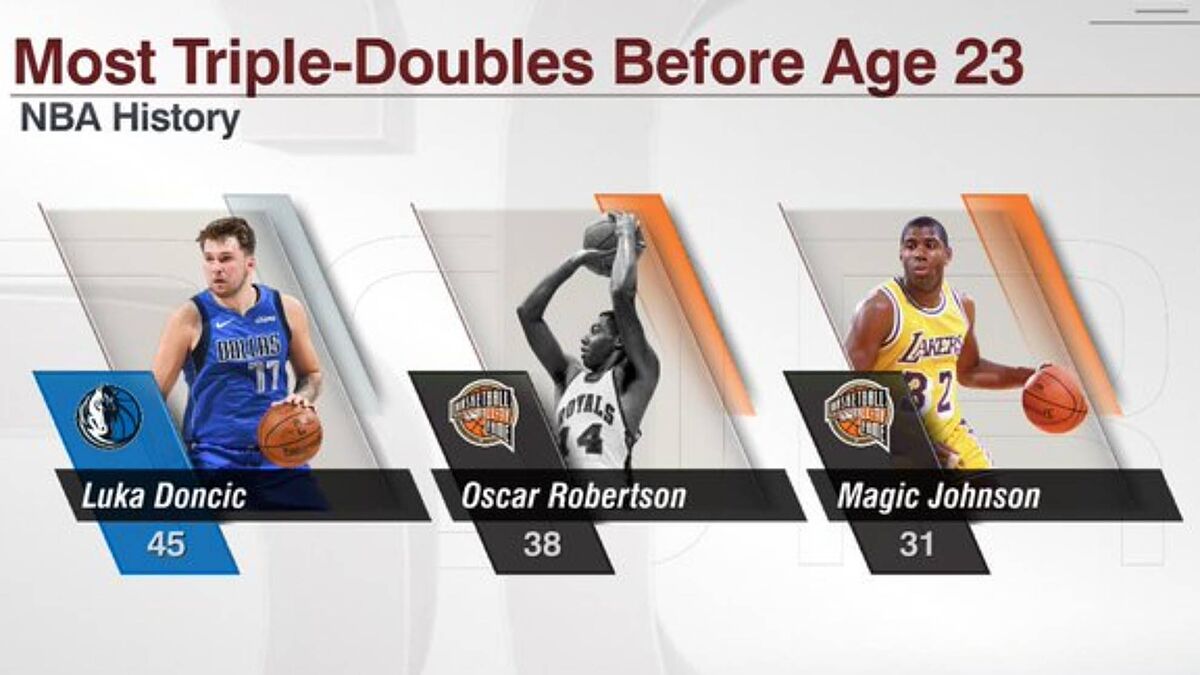 Luka Doncić continues to make history in the NBA even on its most eventful nights, as happened in the clash between the Dallas Mavericks with the A

Luka Doncić continues to make history in the NBA even on its most eventful nights, as happened in the clash between the Dallas Mavericks with the Atlanta Hawks from Bring Young and in which the Texan team added his sixth win in the last 10 games by winning by 103-94.

The former Real Madrid player had to watch a large part of the match from the bench due to personal fouls. At the break he already added four and 53 seconds into the third quarterJason Kidd was forced to bench him after he committed his fifth foul, saving his star for the decisive minutes.

Despite the limitation of minutes, Luka Doncic had time to re-sign a new historical record. The Slovenian signed a new triple-double (18 points, 10 rebounds and 11 assists) and already add 45 in his entire career, seven more than Oscar Robertson and 14 more than Magic Johnson, whom he surpasses as the player with the most triple-doubles under 23 years of age.

Doncic, who played 28 minutes and avoided being fouled out for the second time in his NBA career, chain six consecutive games with at least 10 assists and tied with his current coach, Jason Kidd, for the third-longest streak in Mavericks history.

With those numbers, the Slovenian star was, one more night, the beacon that guided the victory of some Mavericks who also had the good performance of Jalen Brunson (22 points and also five personal fouls) and Reggie Bullock (22+9).

In contrast, the Hawks, who were in tow throughout the game, suffered their second consecutive victory despite good numbers from John Collins (22 points and 18 rebounds), but he paid for Trae Young’s fateful night who failed all six attempts from the triple to sign 17 points and 11 assists.