NBA: Luka Doncic is reunited with the triple through the front door: winning basket to close a recital of 41 points! 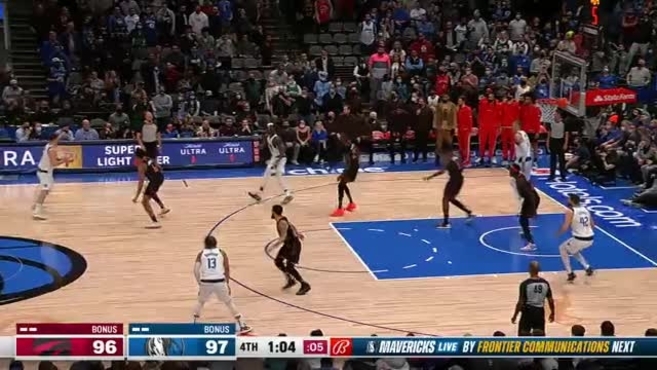 Luka Doncić touched the triple-double (41 points, 14 rebounds and 7 assists) and silenced those who claim he has problems from long distance with a

Luka Doncić touched the triple-double (41 points, 14 rebounds and 7 assists) and silenced those who claim he has problems from long distance with a triple in the absence of a minute that was key for the Dallas Mavericks knock down the Toronto Raptors (102-98).

An action with which Doncic vindicated himself from beyond the goal and that put an end to his best game of the season. A crash in which exceeded 40 points for the tenth time in his career and that served the Mavericks to add their tenth victory in the last 11 gamesconfirming itself as an alternative power in the West.

The former Real Madrid player seems to be going unnoticed this season without performances as outstanding as in his first three courses in the NBA. However, you only have to look at his numbers to realize the mistake. Especially in his last nine games in which he’s averaging nearly a triple-double per game: 23.9 points, 10.7 rebounds and 9.3 assists.

Figures on which the Dallas Mavericks stand, in which Kristaps Porzingis has also taken a step forward (18 points and seven rebounds against the Canadians) and who have become one of the best defensive teams in the entire NBA, being the team that receives the third fewest points in the leagueas they demonstrated again against the Raptors, whom they left with a 38% success rate in field goals and a 25% from the triple.

Loading...
Newer Post
“I have to forget everything I know about MotoGP” – Iker Lecuona and the entrance to the WSBK
Older Post
F1 | FIA gets tough on flexible rear wings