NBA: Luka Doncic is shipwrecked again from the triple and collides fully with his particular curse 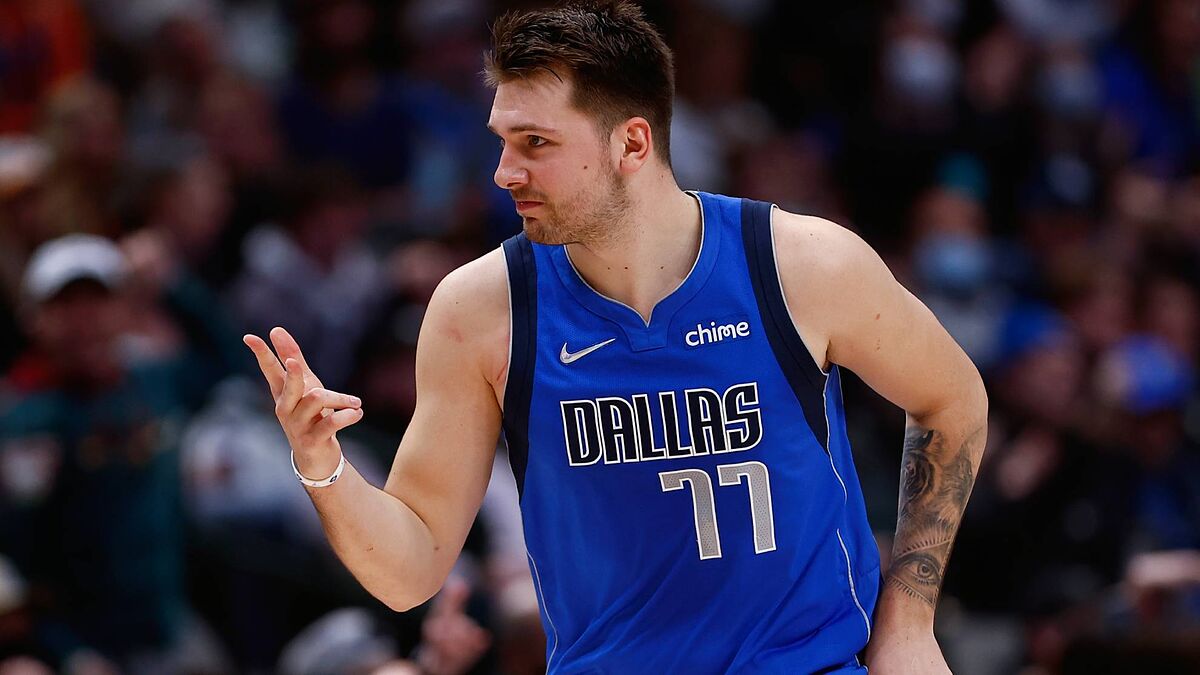 Nnine losses in a row. That is the "curse" that the Mavericks of Luka Doncic with the phoenix suns, a heavy slab that those from Dallas, despite a

NBA: Luka Doncic is shipwrecked again from the triple and collides fully with his particular curse

Nnine losses in a row. That is the “curse” that the Mavericks of Luka Doncic with the phoenix suns, a heavy slab that those from Dallas, despite arriving this time thrown, could not lift this Thursday when they fell (101-109) once again before the team Devin Booker and Chris Paul. From the November 29, 2019, the Mavericks don’t know what it’s like to beat the Suns.

This Thursday they were close to changing their luck as they controlled the scoreboard for most of the game, but a devastating 19-35 run in the last quarter (6-22 in the last seven minutes) he sank them again before his “black beast”.

Kristaps Porzingis (18 points and 11 rebounds) and Jalen Brunson (19 points and 5 rebounds) They also stood out in a Mavericks (26-20) who saw their streak of four straight wins interrupted (8-2 in their last ten games).

In a duel of reduced success from the triple (29.7% for the Mavericks and 22.2% for the Suns), those from Dallas bled to death with 19 turnovers (7 of the Phoenix).

The Mavericks entered the game with their sights off (1 of 6 in triples for Maxi Kleber) but Kristaps Porzingis was in charge of adjusting it soon with 6 points (13-11 with 6.14 left).

Devin Booker came to endorse 48 points to the San Antonio Spurs and soon showed that he is in a state of grace.

The escort managed 12 points in the first quarter and it seemed that everything exciting that happened in the Suns passed through his hands.

More balanced on both ends of the floor, the Mavericks benefited from a Luka Doncić who soon began to get his famous smile and that with 11 points ahead of his team (26-22).

Neither of the two teams had shone from the outside (3 of 11 in triples for the Mavericks and 1 of 11 for the Suns).

In that moment of general uncertainty, Chris Paul, always the smartest in the class, took the match home without batting an eye (28-32 with 8.28 for the break after a 2-10 start).

The Dallas guys needed more spice on offense and Porzingis went there with a big alley-oop and a triple to return the partial on the fast track (36-32 in the absence of 6.53).

The game lived times of alternatives for one side and the other and at that moment it was the turn of the Suns with Devin Booker as Captain and Cameron Payne as Ally (42-40 with 3.08 to be disputed).

But Doncic gets fed up with so much back and forth.

The Slovenian exploited his physical superiority over Cameron Johnson in the area for a easy basket with 2.6 seconds to go and, right after, he stole the ball on the Suns’ kickoff to cap off a fantastic sequence with a three-pointer at the buzzer (53-45).

Doncic arrived with 19 points at the break and Booker with 16, but the big difference in the first half was the success from the triples with an improvable 7 of 20 for the Mavericks and a measly 2 of 19 for the Suns.

The Mavericks came back from the locker room with a clear idea: balls to Doncic at the post for him to distribute or score on his own.

The gamble paid off against a Suns defense with too many holes in the paint, but two triples by Jae Crowder revived the Phoenix attack.

Without losing their nerves and as if they were waiting for the ideal moment to take a bite, the Suns stole two balls in a row from Doncic, they allowed themselves to be guided by Paul’s teacher, and with Booker and Crowder as executors they modeled a 2-12 run that restarted the game (68-69 with 4.53 to play).

The visiting defense had managed to cloud a Doncic who was piling up turnovers.

But the Mavericks found in the offensive rebound and the claw of Dwight Powell the route to reach the last quarter with a considerable advantage (82-74).

Jalen Brunson took center stage during the minutes on the bench for Doncic, who had pain in his neck and did not seem one hundred percent when he later returned to the track.

However, the Suns were not going to make concessions and narrowed the score to the maximum with Paul, Crowder and Payne harassing the Mavericks (95-94 with 5:10 to go).

The eyes were on Doncic and Booker, but it was Bismack Biyombo who surprisingly kicked the door down with 6 points in two minutes (99-104 with 1.49 left).

With 48 seconds remaining, an impressive block from Booker on Dorian Finney-Smith and a lethal triple from Paul doom some Mavericks who only scored 6 points in the last seven minutes of the game.

Tags: Dallas mavericks, basketball nba, Luka doncic
NBA: The move that the Nets are planning and that is already shaking the NBA: Irving and Harden, close to the expansion … by 360 million!
NBA: Scottie Barnes, chosen best Rookie of the season in the NBA
NBA: Curry and his 3-point record: “Pass when you have to pass”
NBA 2537