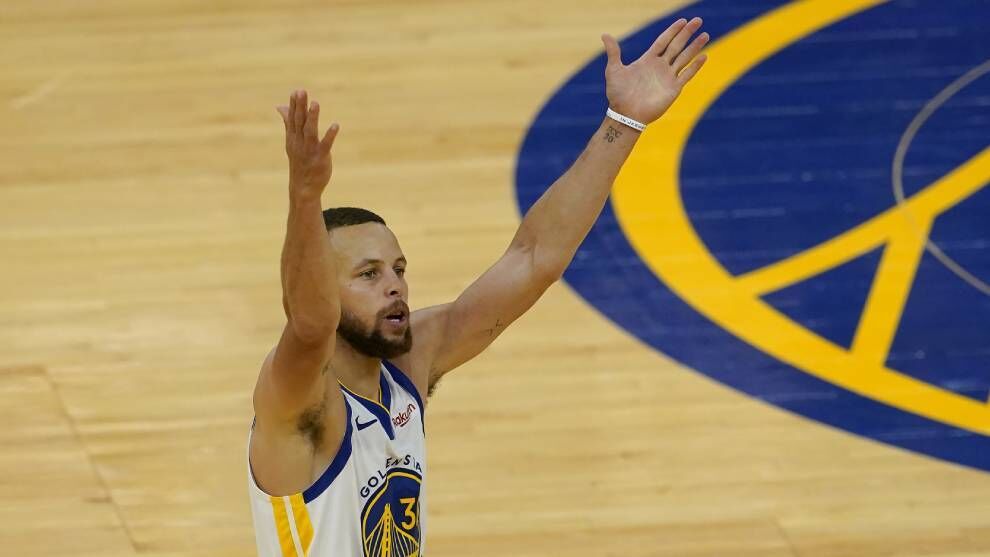 TAfter months of rumors unleashed in which there was speculation about the possibility of seeing Stephen Curry dressed in the Lakers uniform, everyt

TAfter months of rumors unleashed in which there was speculation about the possibility of seeing Stephen Curry dressed in the Lakers uniform, everything has come to nothing. First, by the arrival of Russell Westbrook to the Los Angeles franchise, leaving little salary margin for any type of maneuver. And then for the double NBA MVP renewal with the Golden State Warriors, the team with which he debuted in the NBA and in which he will play until he is 38 years old.

Stephen Curry, a supernatural player in the footsteps of Michael Jordan

The Akron guard has signed a new contract with the team with which he has been a three-time NBA champion for four seasons and an amount of 215 million dollars. With this figure, Curry becomes the first player in history to sign two contracts over 200 million dollars. Curry, who this season will still collect 45.8 million from his previous contract, will pocket more than 260 million guaranteed in the next five years.

How much will Curry charge per season?

As of July 2022, the point guard will become the player who earns the most per year with an average salary of 53,750,000 per season. A salary that supposes 655,488 per game and $ 13,656 per minute. Figures of madness for a player who has bet on continuity in the Warriors to try to conquer a fourth ring with Klay Thompson and Draymond Green.

Although he was left out of the qualifiers for the ring after losing in the &#8216;play-in&#8217; with the Lakers, Curry comes from having one of the best seasons of his career, being the top scorer in the NBA with 32 points on average, in addition of 5.5 rebounds and 5.8 assists.

Tags: basketball nba, Golden state warriors, Stephen Curry
NBA: The fortune to lose Kyrie Irving if he does not get vaccinated: the NBA and the union encrypt the salary cut for each game he misses
10% of NBA players have not yet been vaccinated against covid
NBA: Astou Ndour and the ‘Salamanca’ Kahleah Copper remain one step away from the WNBA final
NBA 344