NBA: Michael Jordan wants to be Jon Rahm: “I would love to have his game” 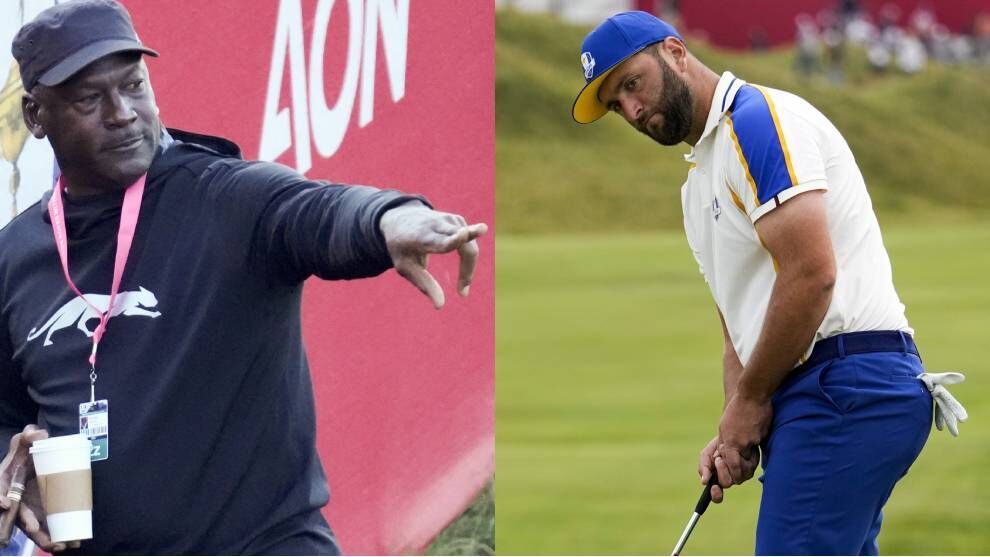 Michael Jordan, the greatest basketball player in history for most fans, has a thorn in the side of the world of golf. A sport that he has been passionate about since his years with the Chicago Bulls and in which became hndicap 1,2, may have jumped to professionalism if I wanted to.

Now, away from the court and from his best years with the sticks, Jordan has become one more fan and has vibrated, like every two years, with the triumph of the American team in the Ryder cup. A victory that I lived in the Whistling Straits field along with another of the best players in the history of the NBA and a great golf fan such as Stephen Curry.

The point guard of the Golden State Warriors sat Jordan in front of the cameras to hold a talk of just over 10 minutes in which both figures talked about basketball, but especially about golf. A sport in which Jordan is clear about who he wants to be like of all the players who were on the grass in Wisconsin: &#8220;Jon rahm. He has a good swing, I love his style and he also shows his emotions. He is also playing very well right now. &#8220;

The six-time NBA champion assured Curry that he entered the world of golf to try to calm his competitive cravings: &#8220;I got into golf mainly because from a competitive point of view, for me, it is the most difficult game to play.. In basketball I can always respond to an opponent either on defense or offense, but in golf, it is like playing in a mirror. For a competitive person like me, this is what keeps me sane. When I quit basketball, golf was enough to keep my fire competitive. &#8220;

Another aspect that Curry asked his youthful idol about was the feeling of defeat and Jordan&#8217;s visceral hatred of that feeling: &#8220;I hate it. There is no more. But I also respect him, because losing is part of winning. You will never win alone. You have to lose and then win. &#8220;

Tags: basketball nba, Golf, Michael Jordan
NBA: Mark Jackson: “Luka Doncic should already be among the 75 best players in the history of the NBA”
NBA: The brutal and shameful street fist fight that has cost two WNBA stars their place
Playoffs WNBA 2021: Astou Ndour hits first in the semifinals by the hand of a hysterical Vandersloot: 12 + 10 + 18 !!
NBA 252