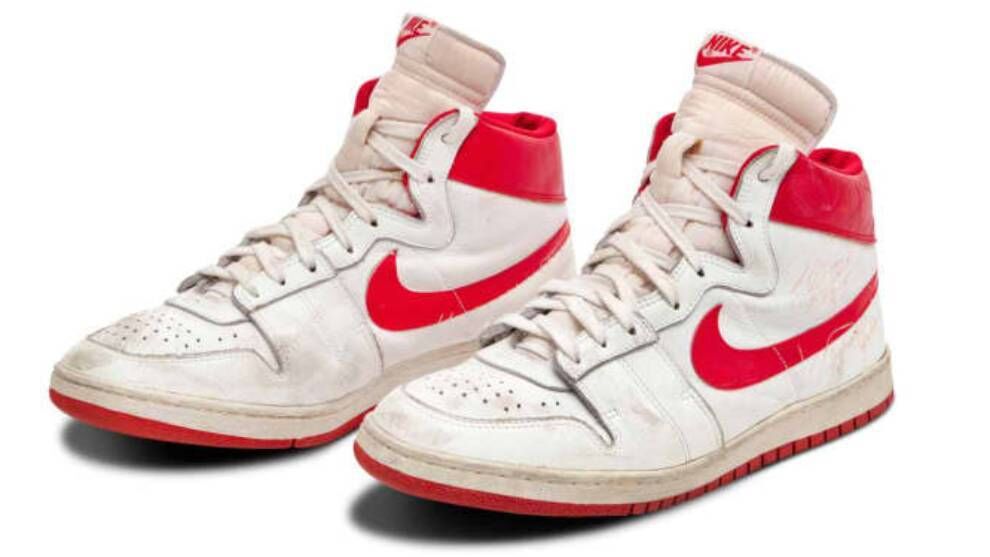 HMore than 18 years have passed since the final retirement of Michael Jordan but the fever for the Bulls myth has not diminished one iota among fans, who continue to collect all kinds of objects that ‘Air’ used during his professional career. Cult objects for which millions are paid. And especially when it comes to sneakers.

But none like the first Jordans in history, the pair that the ’23’ used during his rookie season and that will go up for auction on October 24 for a value of more than 1.6 million dollars. a pair of white and red Nike Air Ships that have unleashed fans’ craze.

According to Sothebys, the auction house that has put the shoes up for sale, this pair was used by Jordan in his fifth NBA game, on November 1, 1984, and they are the oldest pair worn by the player in professional basketball. .

“Michael Jordan items are perhaps the most coveted. We sell many other valuable souvenir items but I would say that the market for Michael Jordan is continually getting stronger,” said Brahm Wachter, director of urban clothing. and modern Sotheby’s collectibles, to CNBC in an interview.

Tags: basketball nba, Michael Jordan
NBA: Usman Garuba suffers his first ‘hazing’ in the NBA at the hands of a merciless Chris Paul
NBA: Draymond Green equates Stephen Curry with Michael Jordan: “Everyone wants to be like him”
NBA: The anti-vaccine Irving, the Harden rumors… and eight straight losses: the ruin of the Nets, the 176 million team
NBA 2512