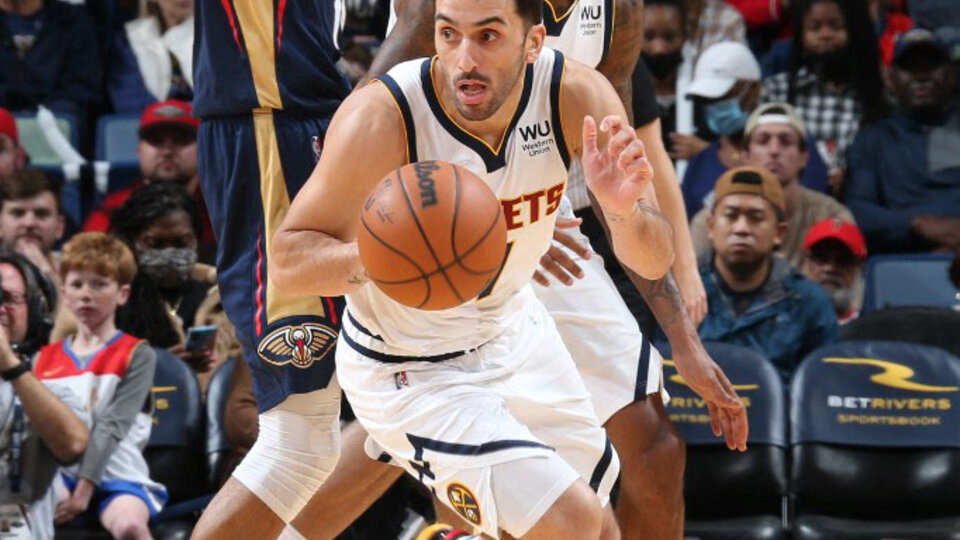 The Argentine Facundo Campazzo had an active participation last night in the victory as a visitor to the Denver Nuggets over New Orleans Pelicans by 120 to 114, on another day of the NBA regular phase. Meanwhile, Leandro Bolmaro and Gabriel Deck didn’t have their best night in the league.

In the 22 minutes and nine seconds he was on the court, Campazzo recorded nine points, four assists and a defensive rebound.

During the beginning of the second quarter, the Cordovan point guard went from one end of the court to the other, leaving two rivals on the road, and converted left-handed to make the score 39-35.

The best on the court was the Serbian, Nikola Jockic, MVP (Most Valuable Player) of the last season, who registered a triple-double: 39 points (2-0 in free practice, 17-20 in doubles and 0-3 in triples. ), 11 rebounds and 11 assists in 37 minutes of action.

With this victory, Michael Malone’s Nuggets are in eighth place in the Western Conference standings, with 12 wins and 12 losses. The next game will be this Thursday as visitors against San Antonio Spurs starting at 10:30 p.m.

No points and no minutes

After becoming the youngest Argentine player to make his debut in the NBA, Leandro Bolmaro had little participation in the defeat of his team, the Minnesota Timberwolves, against the Utah Jazz by 136-104.

The Cordovan entered from the substitute bench and played just 14 minutes during which he recorded two rebounds, one assist and no goal (0-1 in doubles and 0-2 in triples).

The Oklahoma City Thunder, where Gabriel “Tortuga” Deck plays, got a tight victory over the Toronto Raptors by 110-109, but the Santiago player had no minutes on the court.

Last month, he had been sent to the affiliate of the G-League, a development tournament that responds to the NBA and which is made up of a kind of “Reserve” teams from the professional teams.