NBA: Nikola Jokic: white, European, slow, without jumping ability… and the most dominant player in the NBA 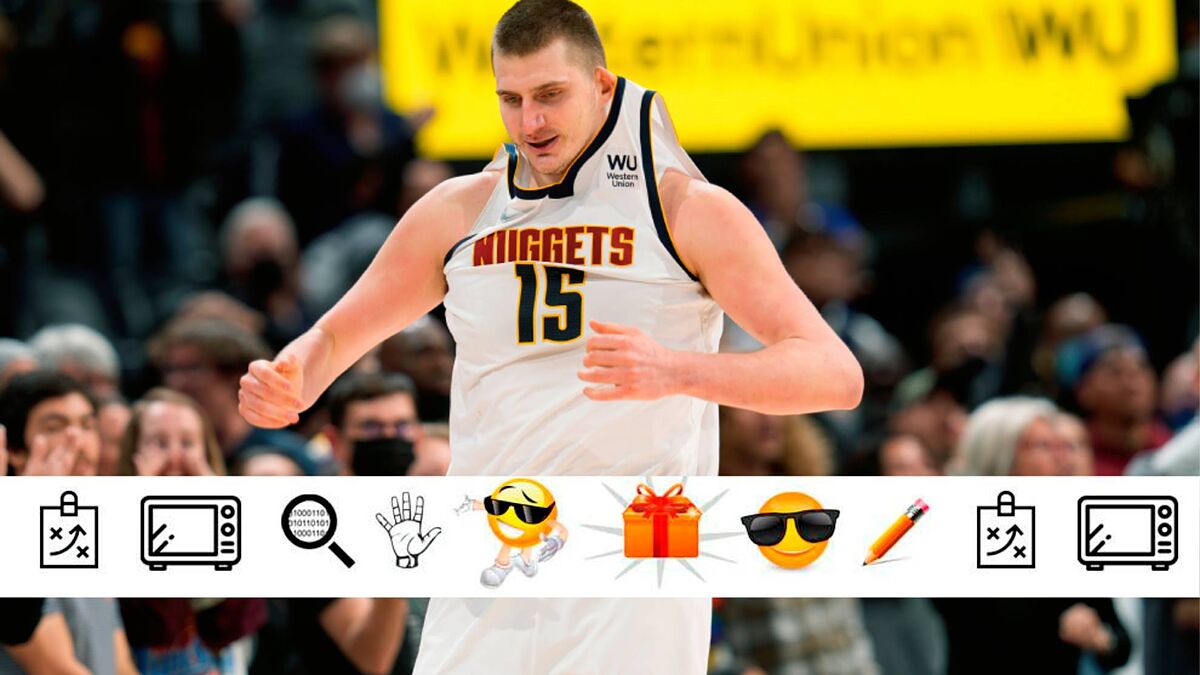 Nikola Jockic He has had to overcome countless barriers in his career as a basketball player. His physique, always looked at with a magnifying gla

Nikola Jockic He has had to overcome countless barriers in his career as a basketball player. His physique, always looked at with a magnifying glass, turned him into usual suspect of those who fan everything to athletic ability and it took time to win the favor of the public and critics, who have ended up surrendered to the evidence that in the case of the Serbian, the brain is the only muscle that is needed.

Jokic has gone knocking down tabs based on class and quality to become the most dominant player in the NBA today. A constant basketball clinic enclosed in a body that is not fast, that does not have the ability to jump, but that governs the games at will as he demonstrated with his last recital against the Pelicans.

The Serbian, current MVP of the league and top candidate to repeat the award, keeps the Denver Nuggets sixth in the West (38-25) in a season in which he has had to multiply his efforts by three in the absence of Jamal Murray and Michael Porter Jr. And he has done it in spades, as he once again demonstrated against the New Orleans team with a game that was unique in history.

Jokic ended up prevailing (138-130) over any rival defense and finished the match with 46 points (30 of them came between the last quarter and overtime), 12 rebounds, 11 assists, three steals and four blocks with a 72% accuracy rate in field goals. A stat line that had never been seen in the NBA.

In fact, the pvot plavi became the second player in history to make a triple-double exceeding 45 points scored. A feat that until now had only achieved a Wilt Chamberlin With whom it is not the first time that Jokic has shared records. One more proof of the greatness of a player who does not fit any mold and that is precisely what makes him stand out.

Jokic, a different center who has always had to deal with the image he projects because of his physique. A body that led him to be ruled out by Bara at the time and that made him not be chosen in the 2014 draft until 41st place and that today he has become the undisputed favorite to be king of the NBA.

Bojan Bogdanović, the player who passed through the ranks of Real Madrid and Murcia more than a decade ago, is already NBA history. The escort of Utah Jazz was the key in the victory of the Salt Lake City team against the Thunder (103-116) with a hitherto unknown statistical sheet. The Croatian finished with 35 points after scoring 11 triples and without putting a single shot of two. modern basketball.

Night of contrasts for the Spanish legion in the NBA. While Juancho Hernangmez It still doesn’t get too much into the plans of Quin Snyderhis brother willy continues to have the trust of Willie Green on the Pelicans. The pvot, who suffered the best version of Nikola Jokic, ended up with eight points and eight rebounds in the 22 minutes which he disputed coming off the bench. For your part Serge Ibaka he was also a substitute in the Bucks’ win over the Suns and finished with a double-double of 14 points and 10 rebounds in 22 minutes of play.

Evan Mobley continues to strengthen his candidacy for Rookie of the Year with performances like the one he signed before the Toronto Raptors (victory for the Cavs by 106-94) in a game in which the rookie once again made history for the Ohio franchise. Mobley ended up with 20 points and 17 rebounds and becomes the first ‘rookie’ to do those numbers in the Cavs since LeBron James in 2003.

The Brooklyn Nets do not finish raising their heads and continue to wander through the middle zone of the Eastern Conference after the defeat against the Celtics (126-120). A stumble in which both Durant (37 points) and Kyrie Irving worked, but in which secondary players like Andre Drummond (six points in 17 minutes) they left their stars too isolated.

The memphis grizzlies lost second place in the Western Conference after their surprising loss to the Houston Rockets (123-112) in a game in which not even Ja Morant was able to get the Tennessee team out of the jam, which was shipwrecked offensively on a night in which it barely scored five of the 26 triples he threw.

Kristaps Porzingis had the best possible debut in his third adventure in the NBA. The ex Basketball Seville He played his first game in a Washington Wizards uniform and was the best on the team in the victory against the Indiana Pacers (133-123) in a crash that ended with 25 points (7 of 12 and three of four from the triple) and five rebounds.

In a repeat of the last NBA Finals, Khris Middleton (44 points and 8 rebounds) was in charge of sentencing some very feisty Phoenix Suns who resisted until the end despite not having Chris Paul and Devin Booker.

Tags: Denver nuggets, basketball nba, Nikola Jockic
NBA: “At Christmas when you are black and rich everyone thinks they are from your family”
NBA: Scottie Pippen strikes again: attack Michael Jordan again and dismantle the myth of his most legendary match
The 11 times that 70 points have been exceeded in the NBA
NBA 3495