NBA: Notice to the NBA: Harden and Embiid understand each other on their first day together 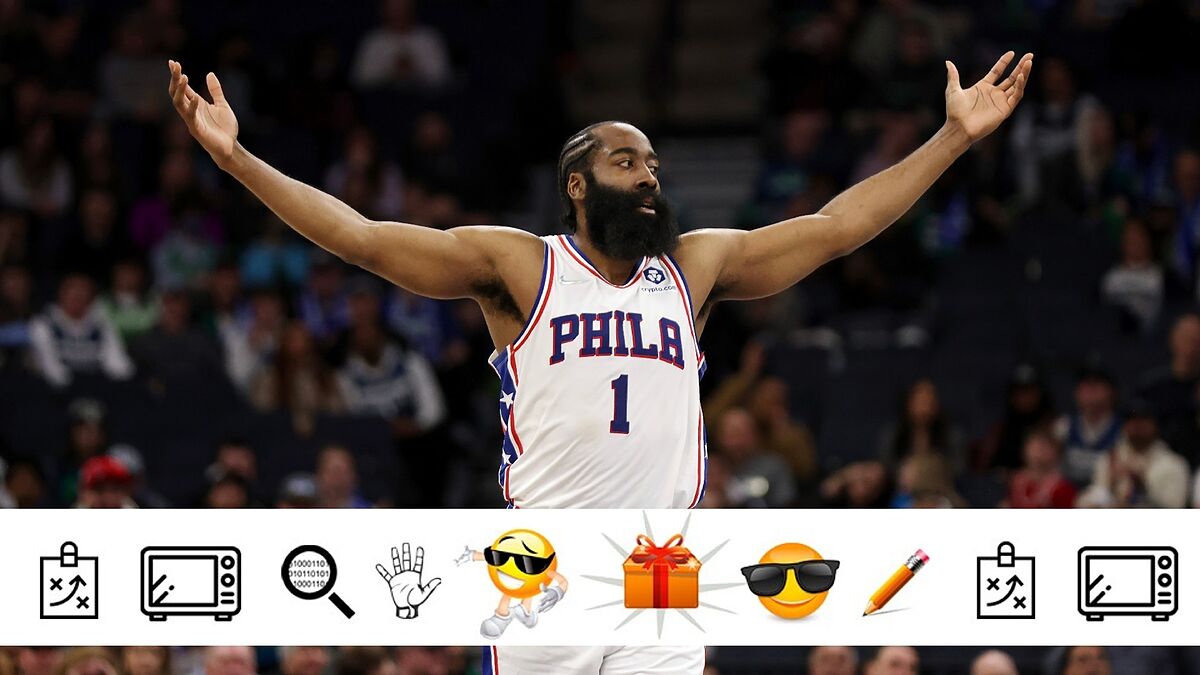 Lhe James Harden era has begun in the Sixers and he has done so in a hopeful way. 'La Barba' made his debut with his new team with 27 points (7/12

Lhe James Harden era has begun in the Sixers and he has done so in a hopeful way. ‘La Barba’ made his debut with his new team with 27 points (7/12 from the field including 5/7 triples), eight rebounds and 12 assists. But above that was the complicity with Joel Embiid, the other great star of the team, who made 34 + 10 + 3. Positive gestures and good vibes between the two to crush the Timberwolves 102-133. In Philadelphia they rub their hands together.

After his convulsive departure from the Nets and after overcoming an injury, Harden finally put on the Sixers jersey to play a game that could be a turning point in the NBA season. Of course, these Sixers have potential with two of the most decisive players in the League. The sum of him in Minnesota was lethal: 61 points, 18 rebounds and 15 assists.

Harden started, dropped some of his classic step-back 3s (including one with an added foul), and his team won by 35 while he was on the court. The best data of all those who played. The Sixers are the third franchise with which he debuts making at least 25 points and 12 assists. With the Rockets and the Nets it also started like that… and ended badly.

“We are not selfish, we just want to win. Most of the time great things will happen. My job is to go in and join every individual on this team,” said Harden, who came out of the rumors about his lack of camaraderie: “No “I know why the media says that. I feel like I’m one of the best teammates the NBA has ever seen, on and off the court. Just because what happened doesn’t mean I’m a bad teammate. I felt like I needed to do my best.” for my career, help myself and be happy. Embiid, smiling broadly, said of his new partner’s performance: “This is what I expected.” Honeymoon at the Sixers. If it lasts until the end of the season, watch out for them.

After 2,000 games coached in the NBA, Gregg Popovich broke his record for points. The Spurs reached 157 in a game with two extensions played against the Wizards (153-157). In total there were 13 players passing ten points. Kyle Kuzma reached 36 for Washington, while Keldon Johnson led San Antonio with 32. Dejounte Murray, who missed shots to win at the end of regulation and first overtime, had a triple-double: 31 +13+14.

Since joining the Pelicans, CJ McCollum has shown what he can offer the team. Especially points. In the 102-117 win over the Suns, he reached 32. He has played six games with his new team and only in the first did he fall below 20 points. He averages 29, but his success is not rewarded with wins. The balance is 2-4. Brandon Ingram, with 28 points, and Jonas Valanciunas, with 18+17, helped him against the NBA leaders, orphans without Chris Paul. Willy Hernangmez played seven minutes and finished with three points and three rebounds.