NBA: Paolo Banchero and the long shadow of Duke in the NBA 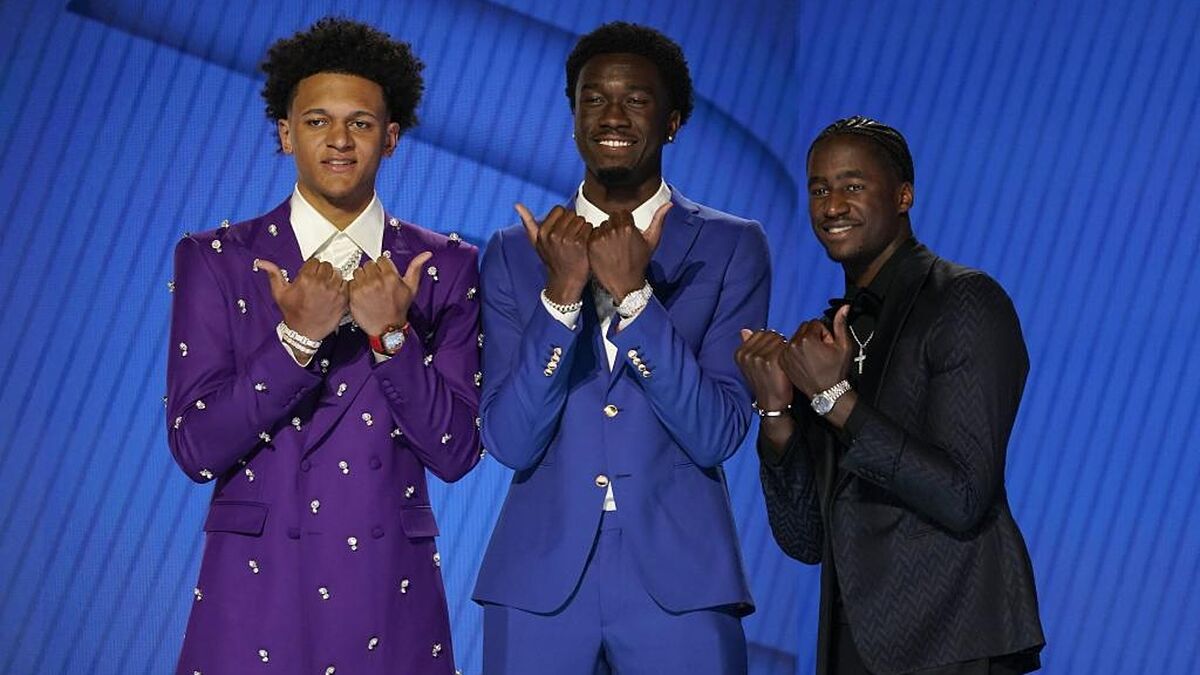 yesI'm sure a smirk of satisfaction escaped last night. Mike Krzyzewski (the legendary former coach of Duke and Team USA) seeing how his pupil paol

yesI’m sure a smirk of satisfaction escaped last night. Mike Krzyzewski (the legendary former coach of Duke and Team USA) seeing how his pupil paolo banchero room chosen in the number one position of the Draft 2022 of the NBA. ‘Coach K’, who in April could not say goodbye to the bench lifting a new trophy in the Final Four of the university league, has been able to see one more notch of his great impact in the NBA. Banchero is the fourth Krzyzewski player to lead the Draft. preceded him Zion Williamson (2019), Kyrie Irving (2011), and Elton Brand (1999).

Together with Banchero (n1), four other players who have defended this season the shirt of Duke captured the attention of the NBA franchises last night: Williams (n15), Griffin (n16), Moore (n26), and Keels (n42). These five new ‘rookies’ who make the leap from Durham (North Carolina) to the NBA follow in the professional footsteps of 68 other players who passed under Krzyzewski’s tutelage in just over four decades. Of all of them, eleven came to participate in at least one edition of the All-Star Game, and five achieved the NBA champion ring.

Krzyzewski’s long shadow in the NBA also reaches the benches and franchise offices, with some 25 former ‘blue devils’ currently working in some of those facets in the best league in the world.

The ‘Spanish’ Jon Scheyer, in charge of Duke

jon scheyercurrent Duke coach after being Krzyzewski’s assistant for eight seasonsdescribes Paolo Banchero as “a unique player. I could talk about his talent and his qualities, but I prefer to start by talking about his character and that he allows himself to be shaped.. He is a great team player, he is not selfish at all. He can do everything on the track: he has ball control, he can initiate the attack well, he passes the ball wonderfullyit is difficult to get him out of the paint, and his body allows him to finish the plays by coming into contact with small forwards and centers”.

Banchero can do everything: he has ball control, he passes the ball wonderfully, it is difficult to get him out of the paint, and his body allows him to finish the plays by coming into contact with small forwards and centers

For Jon Scheyer, Duke It has always been his home. He played there all four of his college years and earned the title of NCAA champion in 2010. From there he went on to play in the NBA summer leagues, but an unfortunate hit in a match seriously blinds him in one eye. After briefly going through the D-League, landed at Maccabi in Tel Aviv for a while. From Israel He made the jump to Spain, and played for CB Canarias in the 2012-13 season.

Scheyer does not forget Spain, where he coincided with Tavares

“I have so many special memories of that time in Spain,” Scheyer tells us. “I learned a lot about basketball; Pedro Martínez is a top-level coach. Playing in the ACB against some of the best players in the world was special. It was a great experience because of what I learned and because of the high level of competition,” he says.

I am very grateful to teammates like Javi Beirn, Brad Newley, and Edy Tavares, who is doing great things at Real Madrid and I am very proud of how far he has come.

Despite the time that has passed, Scheyer claims to be “very grateful to teammates like Javi Beirn, Brad Newley, and Edy Tavares, who is doing great things at Real Madrid and I am very proud of how far he has come“.

Scheyer reiterates his appreciation “Of the time I spent in Gran Canaria, of the friendships I made and that I maintain to this day”. Likewise, Scheyer is convinced that “my time in Gran Canaria has had an impact on my coaching career and will continue to be so with the lessons I learned there.

Tags: basketball nba
Grizzlies 132-121 Cavaliers | NBA: Ricky Rubio excited with a double-double (12 + 10) in the loss to the Grizzlies without Santi Aldama
NBA: Zion Williamson: a blank year and the maximum to renew, 231 million
NBA: Kyrie Irving will earn $ 35 million, but “his value is practically zero”
NBA 3185