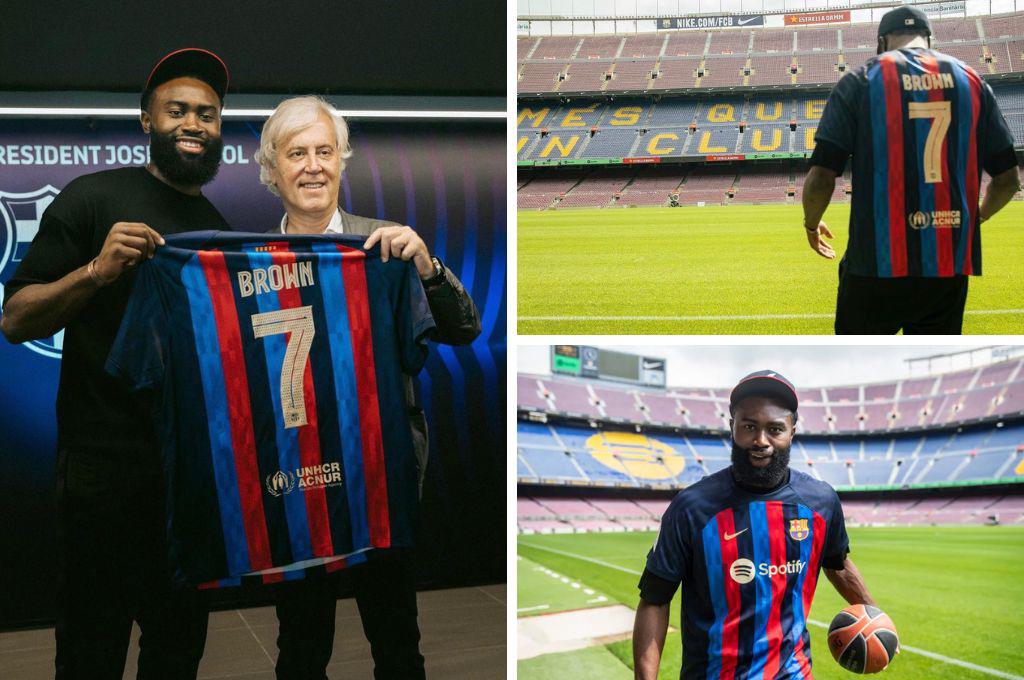 2022-08-02 Jaylen Brown took advantage of his vacation to visit one of the most emblematic stadiums in Europe, the Camp Nou. Jay

Jaylen Brown took advantage of his vacation to visit one of the most emblematic stadiums in Europe, the Camp Nou. Jaylen contacted Pau Gasol to make everything possible.

The Catalan club did not wait and agreed to receive the NBA star. Brown had a special tour of the facilities, he also had a tour of the entire museum and stadium, including Barca’s dressing rooms.

Seeing players from other sports know these stadiums is something that happens often. Jaylen Brown, number 3 in the 2016 draft chosen by the Boston and All-Star in 2021.

The star of the Celtics has declared to be a soccer fanatic, that made him enjoy like a child all the details involved in being in Barcelona.

Jaylen, a social reference at his 25 years in the fight against racism and endowed with a great intellectual capacity, was interested in the history of the club in the Museum for an hour and 45 minutes of travel.

The NBA star has never hidden his preferences for the Barça soccer team and fulfilling that dream has been very important to him and he hopes to meet the players on another occasion.

Tags: Marcos Roque
Chris Paul dances with Giannis
NBA celebrates its 75 years with the duel of Toronto and New York
The Pelicans go for the Lakers
NBA 3135