NBA PlayOffs 2022: Doncic’s suffering with Bogdanovic’s shot: “My heart stopped, he doesn’t miss many of those shots” 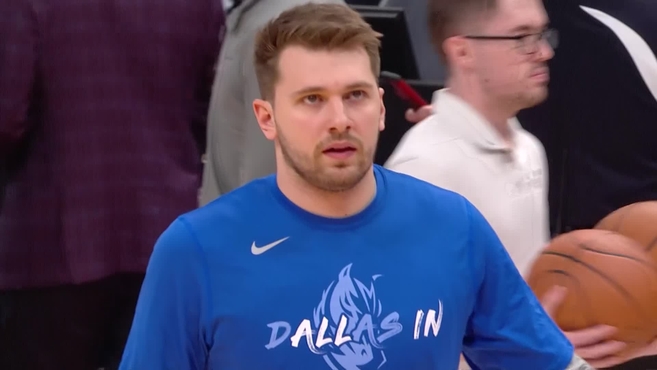 LUka Doncic, who qualified this Thursday with the Dallas Mavericks for the West semifinals after eliminating the Utah Jazz, praised his next rival,

LUka Doncic, who qualified this Thursday with the Dallas Mavericks for the West semifinals after eliminating the Utah Jazz, praised his next rival, the Phoenix Suns, and assured that his team will have to perform at the highest level if they want to get through the next round.

“We have to play our best basketball. I think the Suns are an amazing team, they have players that can defend and can score. It’s a very complete team, so we have to prepare well and play our basketball,” he added.

The Mavericks closed their first round of the playoffs with an agonizing victory (96-98) against the Jazz (2-4) and on Monday they will start the Western semifinals against the Suns, who achieved the best balance of the regular season in the NBA and that tonight they eliminated the Pelicans with a hysterical Chris Paul: 14 of 14 shooting for 33 points, 8 rebounds and 5 assists.

It is the first win in an NBA playoff series for Doncic, who said he was “tired” but “very happy” for having achieved his first victory in the qualifying rounds.

The Slovenian (24 points, 9 rebounds and 8 assists tonight) assured that the key in the series against the Jazz was defense and he is confident that they can extend that effort behind against the Suns.

Doncic also admitted that in the sixth game they were not fine, but indicated that keeping “all together” and fighting together was essential to get the game forward.

Closely contested until the end, the match could have ended in victory for the Jazz if Bojan BogdAnovic would have hit the triple he tried at the horn, something that, according to a joke after the game, put Doncic on the verge of a heart attack.

“I told him, ‘You don’t miss a lot of those shots. My heart stopped. I thought that shot lasted about fifteen seconds. I don’t know, I was just hoping it would fail.‘, he pointed out with a relieved smile.