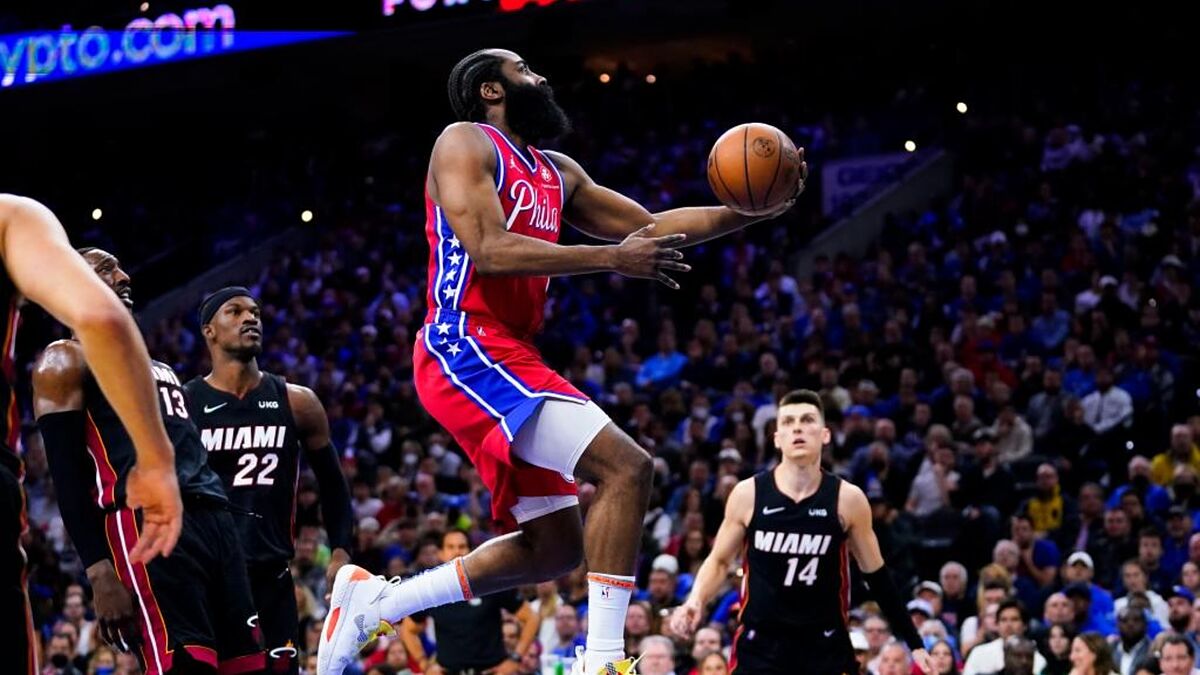 Cas an unbalancing factor few can compare to James Harden. The '1' of the Philadelphia 76ers He is one of those talents who, for better or not so

Cas an unbalancing factor few can compare to James Harden. The ‘1’ of the Philadelphia 76ers He is one of those talents who, for better or not so well, determine all his games and his performances will dictate, to a large extent, the future of the franchise in the post-season. In the ‘Game 4’ against the Miami Heat seems to have been reborn (31+7+9) and in ‘the windy city‘ He pins his hopes on his abilities alongside those of Joel Embiid.

Harden did not come from positive precedents in the Playoffs. For one thing, the Sixers relied more on Joel Embiid -as throughout the course- in the paint and the spectacular irruption of Tyrese Maxey in the perimeter. And, on the other hand, the ‘1’ had not responded with a level when the responsibility was placed on his shoulders.

Against the Raptors in ‘Game 5’, Harden did not reach 40% in field goals and lost the ball five times. Her last quarter was pretty disappointing and all the praise turned to criticism. Harden, decisive and irregular to the max.

Harden also knows how to fly: the best top-10 play in the NBA

Clearly, without the best Harden on the floor, the Sixers’ opportunities were diminished. But, and almost surprisingly despite being one of the best scorers of all time, Harden has not said the last word about him. before the tough Miami Heat, the Californian shooting guard claimed his star status. 31 points and 16 in the last period. 2-2 on the series scoreboard, and some Sixers who with ‘the Beard’ can dream.

The competitive resurrection of James Harden will condition, to a great extent, the future of the Sixers in the post-season. They open up the offensive fan, which was highly dependent on Joel Embiid. But injuries and defenses on the inside punish, and therefore in ‘Philly’ they need one more variant. Harden’s score and vision is fundamental, and perhaps Game 4 will serve for a candidacy for the ring to be presented even more, if possible.

Loading...
Newer Post
Boxing: had its first international evening after 3 years of inactivity in tribute to Pedro Olivera
Older Post
F1 | Alonso did his part, but two penalties leave him without points