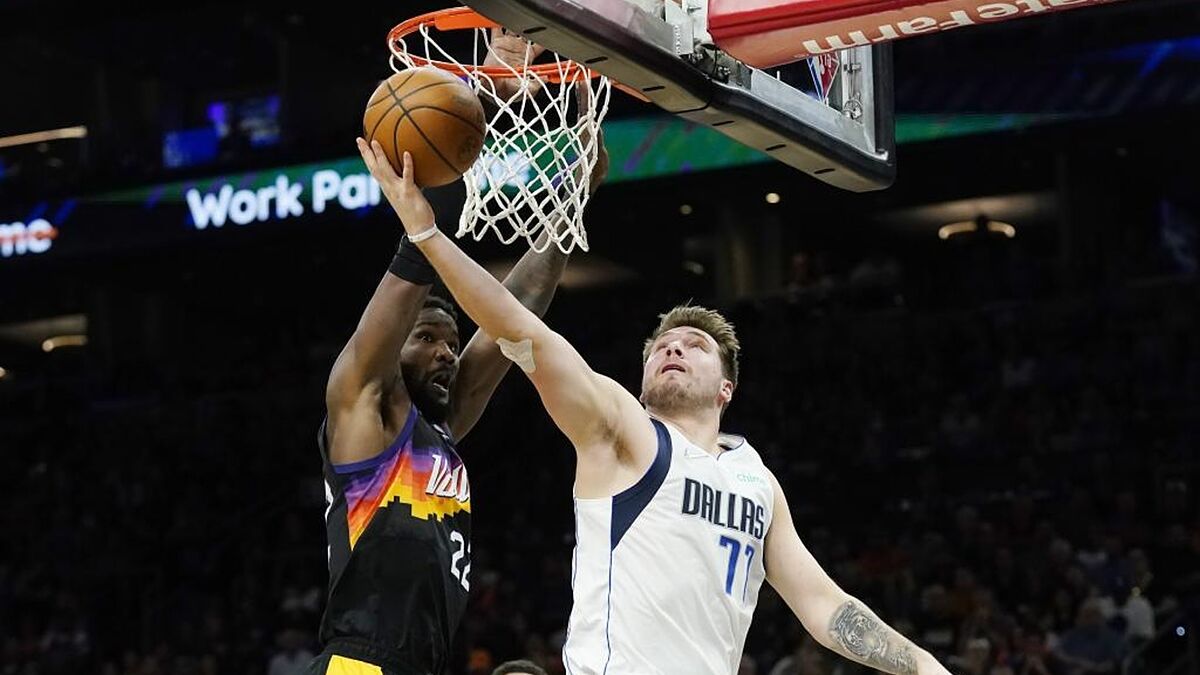 Lyou give of Lebron James they spend between decisions about the new coach of the team and watching the NBA Playoffs as a spectator, a strange feel

Lyou give of Lebron James they spend between decisions about the new coach of the team and watching the NBA Playoffs as a spectator, a strange feeling for him due to the little habit he had of fighting at this time.

He also takes the opportunity to interact with his followers and answer some questions on the networks. In fact, one of them, from a fan, was very direct: “What is your favorite player under 25?“. LeBron’s response: “Luke. he is my favorite player“.

In his reply, LeBron not only makes it clear that Doncic It is his choice among the youngest, much more than Jayson Tatum or the fashionable player in the League, Ja Morant. He emphasizes that the Slovenian is his favorite player, probably in the championship. It is a way of crowning a player who is capable of beating or approaching the precocity limits of ‘The King’ and who, in his fourth year in the League, has put his team in the west end. LeBron, in his fourth year, led the Cavs to the NBA Finals.

James didn’t just answer about Doncic. Another fan asked him about how much time he had left as a player: “The way I feel now, I still have rope. It’s a mental thing, I’ll be fresh in the head.” It was not a clear answer, but everything indicates that he still has gas in the tank.

In that battery of questions on the net, a former colleague of his appeared. Damon-Jones He asked him to choose the best marksmen he had ever played with. This is LeBron’s list, including Jones himself: “Mike Miller, James Jones, Kyle Korver, Swish (JR Smith), Kyrie (Irving), Jesus Shuttlesworth (Ray Allen), DJ19 (Damon Jones), C Frye (Channing Fry), KLove (Kevin Love)“.

They also asked LeBron to choose a partner to play a hypothetical 2 vs 2 against Michael Jordan and Scottie Pippen. Your preferences: “Kobe Bryant, Kevin Durant or Kyrie Irving“. In that order.

Finally, the Lakers star was asked if his plan, 100%, is to play with his son Bronny in the NBA. This was James’ response: “That’s the plan, God willing“.

Tags: NBA playoffs, Lebron James, basketball / nba / playoffs
NBA 2022 PlayOffs: Marcus Smart returns the NBA’s best defender award to the ‘little ones’
Warriors-Nuggets: The best Curry returns and the Warriors of a lifetime drive Jokic crazy
PlayOffs NBA 2022: Jimmy Butler and the Heat drown the most failing version of Trae Young: -27 with him on the court
NBA 2928

Loading...
Newer Post
Councilors seek to update the Professional Boxing Regulations of the Municipality
Older Post
Couple celebrates Formula 1 themed wedding and the photos are going around the world