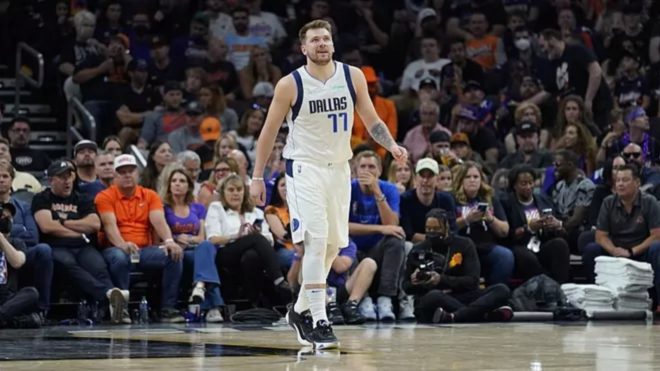 NBA Playoffs 2022 The Mavs are in the conference finalsLuka Doncic is shining in the Dallas Mavericks HUntil this past morning, the title of the Ma

NBA Playoffs 2022 The Mavs are in the conference finals

Luka Doncic is shining in the Dallas Mavericks

HUntil this past morning, the title of the Mav’s this same year it seemed something undefined, an idea without much form, a possibility even if it seemed remote. After the recital Luka Doncić in Arizona it no longer seems far-fetched to wonder if Mavericks they can win the ring this season. And the answer is yes.

In the wake of the euphoria and optimism of a match for history, it is logical that Doncicthe rest of the Mavs and the fans of the Texan team dream of winning the championship. The reason is none other than to have the best player on the planet by his side.

because, with the permission of Curry, Tatum and Butler, Doncic is the best player left in these Playoffs. The Slovenian is the leading scorer (31.5 points) and rebounder (10.1 rebounds) in the postseason. is tied in assists with Draymond Green (6.6) and is second in steals behind Jimmy Butler (2.1). Amazing.

But what makes the Mavs’ candidacy more solid is the fact that no one handles the tension of the decisive games better than Doncic. The Mavs star has the best scoring record (39.0) in NBA history when it comes to do-or-die games. In addition, he averages 9 rebounds and 10.3 assists in those games where losing sends you home. I mean, taking Dallas to a seventh game looks like total suicide.

To crush the Suns, Luka Doncić he became the second youngest player to reach 35+10 in a seventh match behind Tom Heinshon. And we’re talking about the ’60s. Now they’ll be facing a team that may have reached these playoffs in better shape than Phoenix.

golden state Stephen Curry and Klay Thompsonhas more arguments than the Suns, more experience to face decisive clashes and perhaps more hunger after a couple of years in the shadow of the Lakers and Suns in the West.

But Dallas has Doncicthat colossus that has turned the NBA upside down.

Tags: NBA, basketball
Chris Paul renews with the Suns for four years and $ 120 million
Holiday stops Smart, Bucks beat Celtics and are one win away from the Final
Anthony Bennett, “worst No. 1” in NBA draft history, tries again
NBA 2852