NBA PlayOffs 2022: Stephen Curry teaches how to prepare for the finals: 13 triples without fail in training! 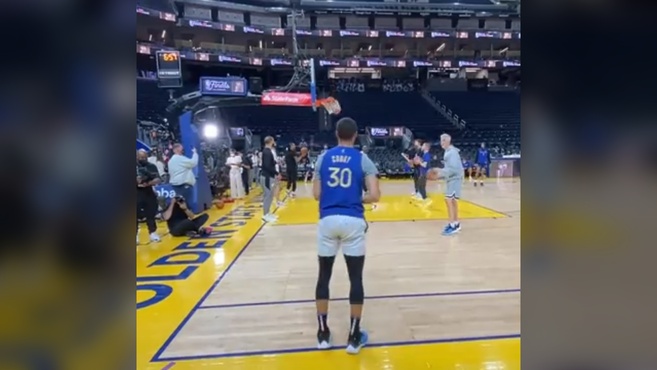 Of Stephen Curry little can be added. Historical player, who changed the NBA and established a dictatorship -from the triple line (and beyond)- th

Of Stephen Curry little can be added. Historical player, who changed the NBA and established a dictatorship -from the triple line (and beyond)- that is still in force. After a brief stint in the ‘low depths’, he returns to the finals. Opt for his fourth ring and the ’30’ wants to be, again, the great dominator. In front only the Celtics remain.

Curry, recently named ‘MVP Magic Johnson’ in the Western Conference, prepares the finals the way he knows best. And in the Chase Center he has already left samples of his ability. 13 triples from the corner and of all colors to make it clear that he comes in an unbeatable state, although there are games with disconnections.

Before s, one of the best defenses in the NBA. That of Udoka’s Celtics, who with ‘dogs of prey’ as Marcus Smart will chase down Curry, Klay Thompson and the entire Warriors outside game. Consummate specialists in being able to stop some Warriors who, based on rhythm and success, want their fourth ring.

Three with the same rival, the Cavs de Lebron, and with the foundation of success intact. Curry, as a foundation and a great star to change the games in any way. And he is ready or so he lets see while he trains. The moment of truth awaits.