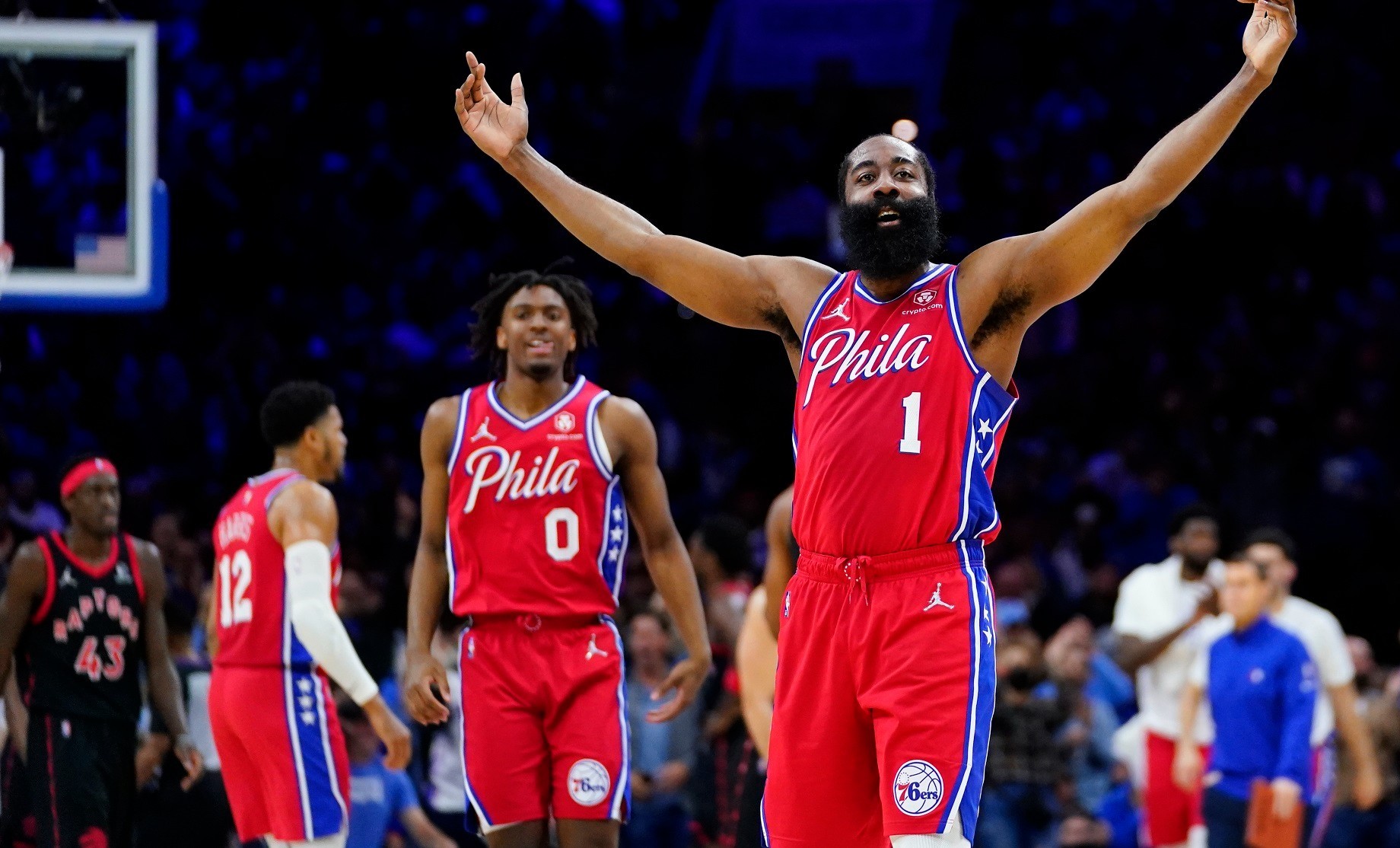 Joel Embid lead the offensive philadelphia sixers with 31 points and 11 rebounds for the local team to easily beat the Toronto Raptors 112-97 and take a 2-0 lead in the first-round series of the Playoffs of the NBA by the Eastern Conference.

Tyrese Maxey supported with another 23 points, nine rebounds and eight assists, while TobiasHarris added 20 points and 10 rebounds, in addition to another 14 points from “The Beard” James Harden. The Sixers have dominated one of the most lopsided series in the NBA postseason, which will have its third game this Wednesday in Toronto.

The difference in marker does not reflect the dominance of the Sixers who had a 27 point lead in the third quarter, after an even start in the first quarter. Then they managed to close the gap in the fourth quarter when they cut back to 11, until Game 1 star Maxey buried a 3-pointer that put the Sixers back on track.

the raptors tried to intimidate their rivals physically, thus taking an 11-2 lead at the start of the match, but they also scored the first six fouls of the match. Embiid took a heavy foul from Siakam and ultimately went to the line on 12 attempts, of which he holed 11 and matched his Game 1 total with 19 points in the fourth.

But the alarms went off towards the end of the first half, in a play where Harden tried to get between two defenders and his knee collided with Embiid’s left knee. Embiid’s left ankle appeared to buckle and both players fell to the court and remained on the surface for several minutes.

Harden rubbed his neck and head. Embiid fucks down the court on the next possession, but managed to recover to continue in the game, although the fans expressed their concern.

Embiid scored nine more points in the third and Maxey had seven for a 95-73 lead late in the third.

Raptors forward, Scottie Barnes, left out of the game with a sprain in the left ankle that he suffered in Game 1. Barnes still has a timetable for his return, but said he was “getting better every day.”

The Sixers will play the next two games in Toronto without their defensive star, Matisse Thybulle, who was third in the vote as Defensive Player of the Year, because he cannot enter Canadian territory, because he has not completed his vaccination schedule.

Tags: Philadelphia 76ers - USA Latino, Toronto Raptors - USA Latino, NBA playoffs
PlayOffs NBA 2022: The Celtics return to the NBA Finals in a maddening final in which they almost doomed against the Heat
NBA Finals 2022: The anticipated final of the Finals that they did not expect in the Bay
NBA PlayOffs 2022: The MVP is not Curry
NBA 3499