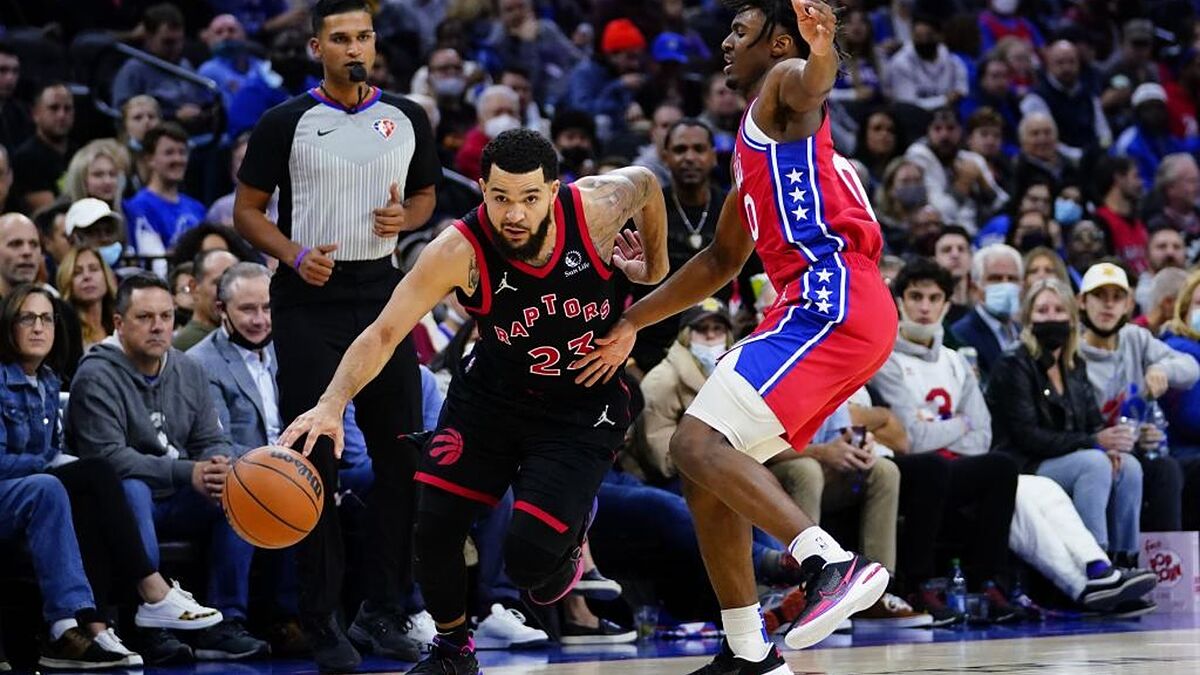 Lhe guards Gary Trent Jr. and Fred VanVleet scored consecutive triples in the last 1:10 minutes of the game that made the difference in favor of th

Lhe guards Gary Trent Jr. and Fred VanVleet scored consecutive triples in the last 1:10 minutes of the game that made the difference in favor of the Toronto Raptors in the game they beat the decimated Philadelphia Sixers this Thursday by 109-115.

VanVleet hit six 3-pointers and scored 32 points, and Trent added 20 to lead the attack for the Raptors, who came into the game after losing the night before to the Boston Celtics by beating 104-88.

The Sixers continued with the casualties of Cameroonian All-Star center Joel Embiid, point guards Isaiah Joe and Matisse Thybulle who are under the NBA’s Covid-19 Health and Safety protocols.

Guard Seth Curry returned from a foot injury and forward Tobias Harris scored 19 points on his return from a six-game absence for testing positive for COVID-19.

The Sixers need more reinforcements and have lost three games in a row. The point guard Tyrese Maxey scored 33 points as the leader of the Sixers that did not prevent the defeat of the Philadelphia team.

Center Andre Drummond had put the Sixers ahead 109-107 with 1:44 left and then followed up with a blocked shot on the next possession that sent the crowd into a frenzy.

Trent, however, hit the 3-pointer with 1:10 left that put the Raptors ahead.

The Toronto team led most of the fourth quarter until the Sixers had a late streak.

Backup guard-forward Shake Milton hit a 3-pointer and his baseline cut it to 89-92 before Harris scored to bring the Sixers closer to one.

VanVleet and Ukrainian forward Svi Mykhailiuk, however, each hit 3-pointers that extended the lead, and England forward OG Anunoby completed a two-point play after recovery, then hit a 3-pointer for 14 points.