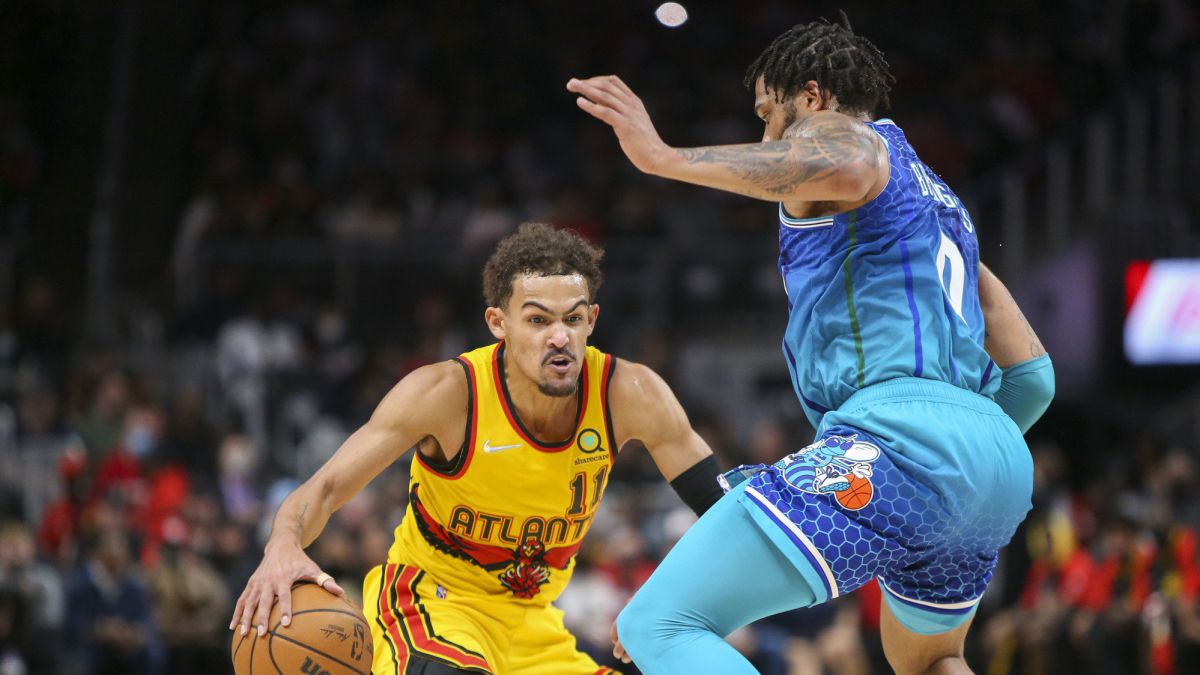 The days follow one another and the drift of the season does not seem to change. Bad games, poor records and extreme equality within each Conferen

The days follow one another and the drift of the season does not seem to change. Bad games, poor records and extreme equality within each Conference. This time, the protagonism has been for the East: a duel between losers from the lower zone and the victory of the Jazz is what we have seen from the West. In addition to that, and the loss of the Cavaliers (against Utah), a great victory for Charlotte against a Hawks mired in a great crisis and a great display of Nick Nurse’s Raptors, that ended with some Wizards that continue at the top of the ranking in a way that is both unexpected and deserved. We will now summarize the matches of the day.

Ricky’s team is on the brink of a comeback. Check the chronicle here.

Miles Bridges scored 32 points, Kelly Oubre Jr. added 28 and the Hornets ended their three-game road losing streak with a big win over the Hawks. Bridges was 11 of 15 in shooting from the field, including 4 of 6 on triples, and Oubre was 11 of 17 and 6 of 10 on triples.. The Hornets, the season’s most efficient from the outside, went 17 of 37 from the triple. The victory has much merit, since James Borrego’s team played with many casualties (LaMelo Ball, Terry Rozier and Mason Plumlee, all starters, and reserve Jalen McDaniels). In addition to those mentioned, Cody Martin went to 19 points, while Gordon Hayward and Ish Smith scored 18 per head. In the Hawks, who do not raise their heads (12-12 after playing the Eastern Conference finals just a few months ago), highlighted John Collins (31 + 12), Kevin Huerter (28) and Trae Young (25, with 15 assists. In addition, Clint Capela grabbed 14 rebounds and Danilo Gallinari contributed 17 points from the bench.

Pascal Siakam scored 17 of his 31 points in the second quarter and the Raptors slightly beat the visiting Wizards. Precious Achiuwa contributed 10 points and 14 rebounds for the Canadians, who add their second consecutive victory. Toronto has won two of three meetings against Washington this season. Chris Boucher contributed 14 points off the bench for Toronto. Scottie Barnes added 11 points and 6 rebounds for the Raptors, who are 4-8 at home and Fred VanVleet added another 10 points. Kentavious Caldwell-Pope, in an extraordinary performance, went to 26 points for his team, which has lost in two games in a row. Bradley Beal added 14 points and Montrezl Harrell had 6 and 14 rebounds.

Good game Willy. Garuba did not play. Sixth followed by the Rockets. Check the chronicle here.

NBA postpones game between Nets and Trail Blazers due to lack of players in Brooklyn
NBA: Justice for DeMar DeRozan, one of the NBA’s most underrated players
NBA: Not even “the most talented point guard in history” saves the almighty Nets from their worst crisis of the course
NBA 1300