NBA: Ricky Rubio helps the Cavaliers to be the revelation of the NBA: the keys to his great season 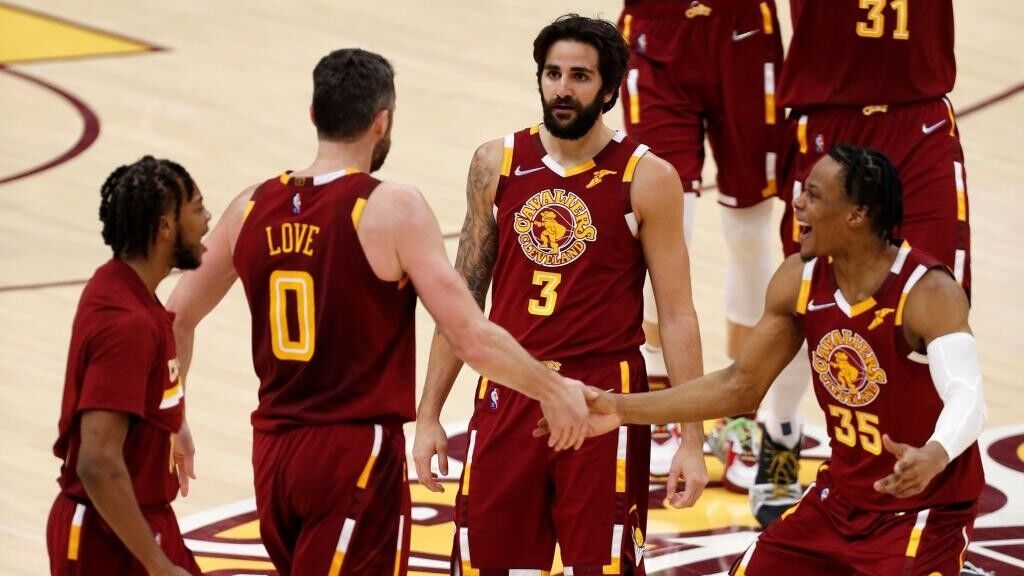 Updated 12/19/2021 - 14:38 TOl start of the season, no one would have mentioned the Cavaliers as a potential breakout team or as playoff hopefuls

NBA: Ricky Rubio helps the Cavaliers to be the revelation of the NBA: the keys to his great season

TOl start of the season, no one would have mentioned the Cavaliers as a potential breakout team or as playoff hopefuls. They come from three depressing seasons since LeBron James left in the summer of 2018 and they craved a dark fate for Ricky Rubio, which was transferred there in the middle of the Tokyo Olympics. But nevertheless, the green shoots have come forward in Cleveland, where they enjoy a group full of youth and talent that is third in the East.

Cavaliers add six consecutive victories, the best active streak in the NBA. They have won eight of the last 10 games and with a record of 19-12 they are only behind the Nets and the Bulls in their Conference. Below, the champions Bucks, the Sixers, the Heat, the Celtics &#8230; Hardly imaginable. Their triumphs are already equal to those achieved in the seasons 18-19 (19-63) and 19-20 (19-46) and are three of those achieved the previous season (22-50). An extraordinary improvement.

In cleveland are building their great season on what seemed like one of their weaknesses: defense. The Cavs concede only 101.1 points per game, the least of the NBA tied with the Warriors. His defensive rating, the points scored by opponents per 100 possessions, is 103.3, the second best in the league behind Golden State and the top in the franchise since the 2008-09 season. And that in between there were few with LeBron on the squad. The defensive structure designed by JB Bickerstaff leaves his rivals by 32.5% in triples, third best record of the competition, and in 44.2% in field goals, the seventh.

The attack is the most coral in the NBA. Have to eight players over 10 points, including Ricky. To find the best scorer for the Cavaliers, you have to go down to thirteenth place. Is Darius Garland, who scores 19.0 on average and at 21 he is the offensive beacon. He also adds 7.4 assists per game. In its third season, and without the injured Collin sexton, whose future in the franchise is uncertain, is being confirmed as one of the future stars of the NBA.

Youth is one of the great values ​​of the Cavaliers, who have the will to build something important if they can retain all the talent for a while. The six players who play the most minutes do not reach the age of 25: the aforementioned Garland and Sexton (22), Jarrett allen (23), Lauri markkanen (24), Evan mobley (20) e Isaac okoro (twenty).

Especially notable is the interior performance Allen and Mobley. The first came within the operation that sent James Harden to the Nets. Is blunt near the rim and a great intimidator. He averages 16.9 points and 11.0 rebounds. The second was the number 3 of the last draft and, if injuries respect him, fight for the rookie of the year award. It measures 2.13 meters and has a wingspan of 2.24. Versatility is its strong point: He&#8217;s very agile and mobile, he has a good hand, he&#8217;s a good plugger &#8230; His averages are at 13.8 points, 8.3 rebounds and 1.8 caps. Its T called to do great things in the NBA.

The veteran is played by Kevin Love (33) and Ricky (31) that, coming off the bench, show the good chemistry that they already built when they met years ago in the Wolves. The point guard lives one of his best moments in the NBA. He is showing the offensive vision of the last championships with the national team, in which he was 2019 World Cup MVP and best scorer of last summer&#8217;s Games. At 12.6 points on average, he has 3.9 rebounds, 6.5 assists and 1.3 recoveries in 23.4 minutes of play. He has the confidence through the roof and has the confidence of the whole team.

&#8220;What Ricky does means a lot. I can get easy baskets because I know he&#8217;s always going to try to find me. He does it with everyone. Ricky makes life a little easier &#8220;Garland praised him recently. &#8220;His job is and is to show us the way. He is assuming that responsibility, &#8220;said coach Bickerstaff at the beginning of the season about the Spanish base, who this week reached the 5,000 assists in his NBA career. After a few moves and some unwanted handover, basketball smiles at Ricky in Cleveland. Who would have said?