NBA: Ricky Rubio transfers his solidarity with La Palma to the NBA 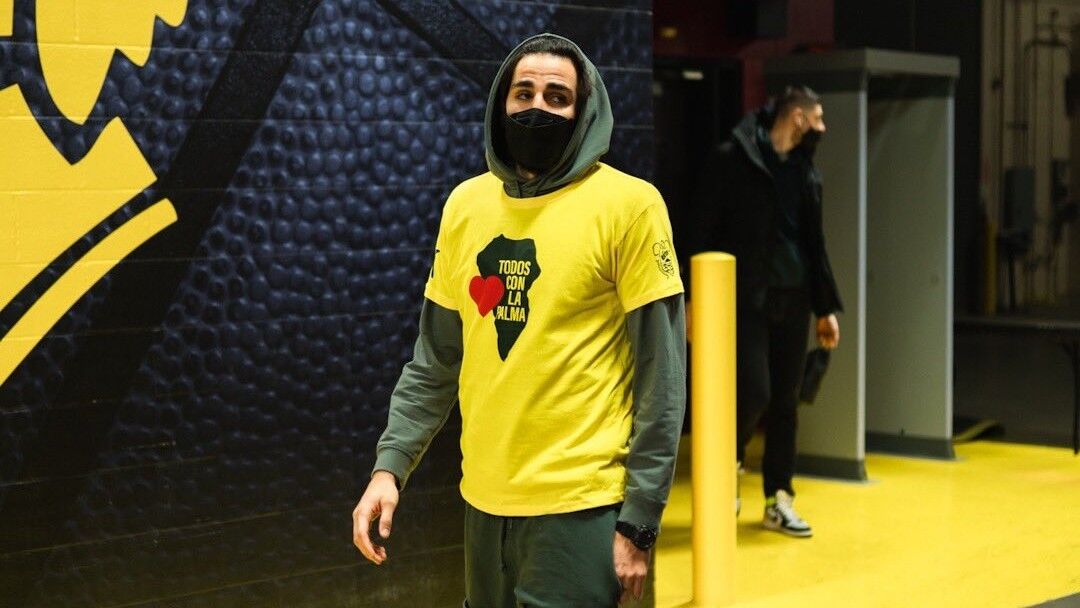 Lhe figure of Ricky Rubio has long crossed the limits of the basketball courts. The Cavaliers point guard is much more than a player because of hi

Lhe figure of Ricky Rubio has long crossed the limits of the basketball courts. The Cavaliers point guard is much more than a player because of his messages and his work outside of sport, especially with his foundation, which fights lung cancer in terms of both awareness and prevention, and works with disadvantaged and disabled youth. .

Ricky once again demonstrated his support for social causes in the preview of the game that pitted his team against the Bulls, arriving at the pavilion wearing a shirt of solidarity with La Palma, the Canary Island punished by the Cumbre Vieja volcano.

Since the eruption began on September 19, it has not stopped expelling lava, which has forced the evacuation of many towns and destroyed houses and crops. Many people have been affected and Ricky wanted to show them his support and solidarity in a gesture that surprised journalists and also the Cleveland franchise.

The Cavaliers soon joined the cause by posting the image of the point guard arriving at the pavilion on social media. “All with La Palma,” they wrote, taking the motto to the NBA. On Twitter, the message is already for 16,700 likes. A great gesture from Ricky, always focused on social causes.

Loading...
Newer Post
Revolutionize everything! WFL, the MMA league that will be launched soon and is all the rage
Older Post
The XIX AC Hotel Golf Tournament ends