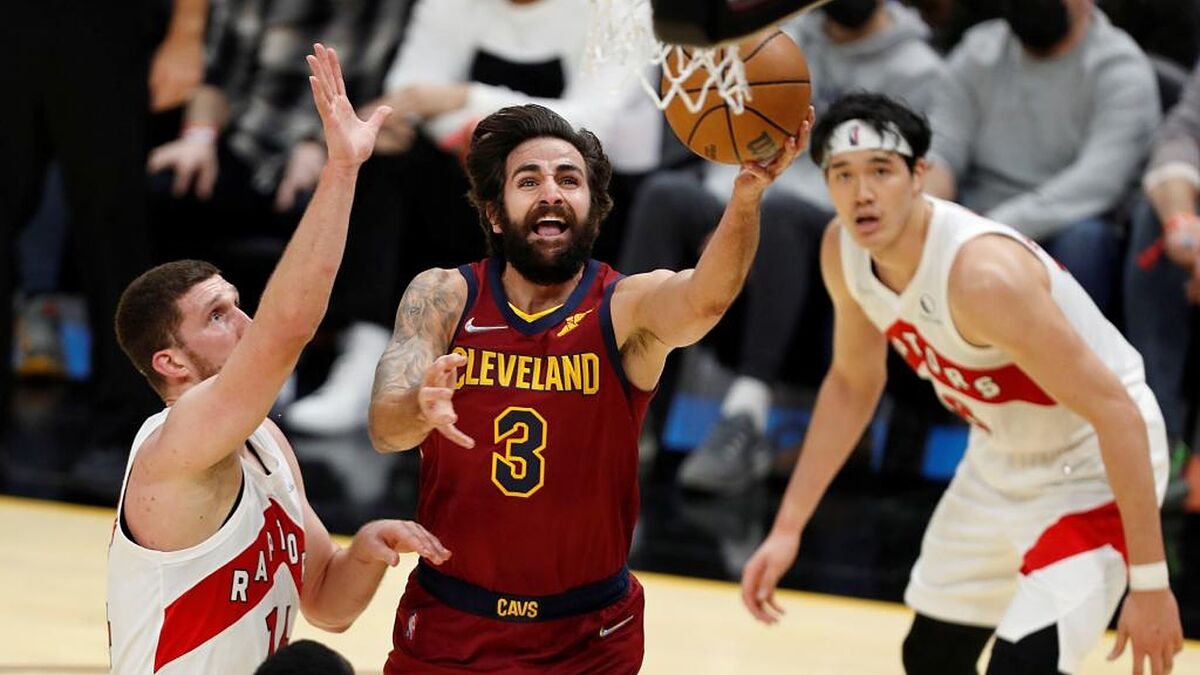 Con the veteran Kevin love at the head, the Cleveland Cavaliers They unleashed their long distance game and this Sunday they destroyed 144-99 to th

Con the veteran Kevin love at the head, the Cleveland Cavaliers They unleashed their long distance game and this Sunday they destroyed 144-99 to the Toronto Raptors.

The set of Cleveland recorded 22 triples, which were key to the overwhelming victory against Toronto.

Sees it he scored 22 points and added nine rebounds and two assists to his performance.

Darius garland achieved 22 points and eight assists and Lauri markkanen he finished with 20 and seven rebounds for the Cavaliers.

The Spanish base Ricky Rubio, he scored 16 points and enabled his teammates with six scoring passes, stole three balls and was a nuisance on the defensive level for his rivals.

Yuta watanabe He had a double-double of 26 points and 13 rebounds to lead the Raptors, who also had 21 scoring points. Chris boucher.

After a first quarter in which both teams engaged in an exchange of baskets and showed little organization in the offensive execution, finishing 35-34, the Cavaliers they took over the stage, starting at 12 minutes in the second quarter of the match.

The whole of Cleveland planted a frrea defense against the Raptors offense, causing them seven turnovers and using Lauri markkanen like an unstoppable hammer, it slammed them steadily into the paint, finishing the fourth with 11 points.

Subtracting 4:20 Luke kornet he scored a layup that gave the Cavaliers an 11-point lead (64-53), which would not go down in double figures for the rest of the game.

Those of blond they beat Toronto&#8217;s 37-21 in these 12 minutes, going to the middle of the game with a 17-point lead (72-55), having as their main men in the attack Kevin Love with 14 points, Markkanen with 11 and five rebounds, while the Spanish point guard already had nine and five assists.

Chris boucher With 15 units, he stuck out for the Raptors in these first 24 minutes of action.

In this quarter, the Cleveland team made nine three-point shots in 16 attempts, being commanded by Darius garland, who recorded three shots from this distance and Kevin Love with two.

Rubi had seven points, shooting 3-6 from the field, including a triple.

This offensive baggage led the Cavaliers to dominate this third period 46-23, giving them a comfortable 40-point lead (118-78).

With a solid advantage, already in the last period of the meeting, the manager JB Bickerstaff, sat the headlines and gave way to the bench players, who were in charge of completing the process and surpassed the Raptors in this period 26-21, conquering each of the four regular times of the game.

With this victory (144-99), the Cavaliers add seven wins in their last eight games, being one of the hottest teams in the NBA.

Tags: Cleveland Cavaliers, Toronto raptors, Ricky Rubio
NBA: Doncic enters the COVID-19 protocols and does not play on Christmas day
NBA: The thing about the benches in the NBA is scandalous: That’s how the Celtics ended after three triples in a row by a teammate
NBA: Trae Yong explodes: “It’s frustrating, there are many fouls that are not called”
NBA 1312