NBA: RJ Barrett: “I feel honored and blessed to play four more years with the Knicks” 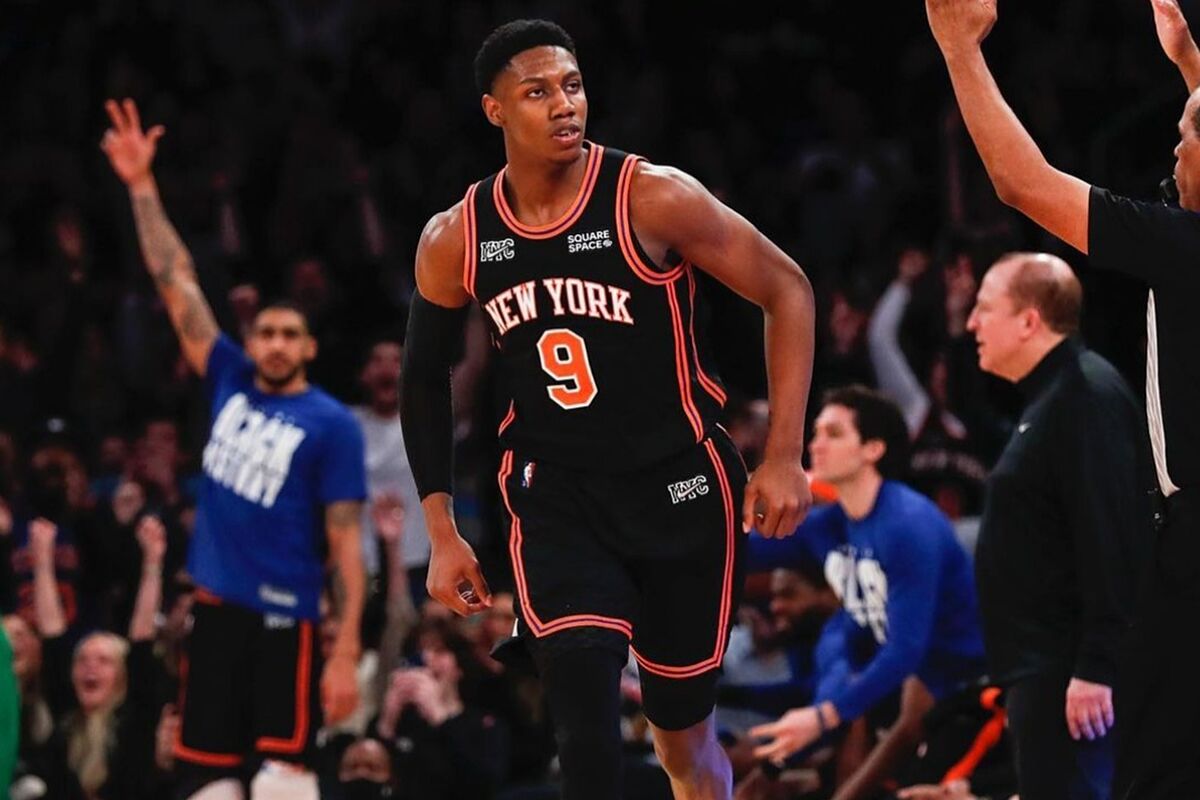 OROnce again the 2021/2022 season was disappointing for the New York Knicks, as they failed to achieve their great goal, which is to play the playo

OROnce again the 2021/2022 season was disappointing for the New York Knicks, as they failed to achieve their great goal, which is to play the playoffs, which they have not played since the 2020/2021 season when they were eliminated by the Atlanta Hawks. But if there is something positive to get out of the team trained by Tom Thibodeau, it is the appearance, or rather, the step forward made by RJ Barrett, one of its stars.

Such is the trust they have placed in the forward of Canada, that this summer the New York franchise has renewed his contract for four years at a rate of 120 million dollars. Undoubtedly it is a good deal for both parties, and the player is very satisfied to remain in the team that chose him in position 3 in the first round of the 2019 Draftas he has stated in the last few hours to Monica McNutt from ‘MSG Network’.

“I feel honored and blessed. This is a place I wanted to be. I was happy from the first moment when I was drafted and I still am now with the extension. It will be great to be here another four years. I’m excited to get to work now,” he said.

Illusion for the next season

Last season the 198-centimeter forward had averages of 20 points, 5.8 rebounds and 3 assists per game, but his team was ranked 11th in the Eastern Conference after 37 wins and 45 losses. The next season looks somewhat exciting for the Knicks, as have signed Jalen Brunson as a free agentwhich was decisive in a Mavericks that reached the Western Conference finals.

“Being close to him, I have understood that we will do well. When we’re together, we’ll play well, especially seeing as we’re both left-handed.Barrett has said of Brunson, who arrives to be an important piece of the project for the coming year after averaging 16.3 points, 3.9 rebounds and 4.8 assists per game in Dallas.

Tags: New York Knicks, basketball nba
NBA: Andre Drummond: “When I retire, I will do so as the best rebounder of all time in the NBA”
Cavaliers 124-89 Rockets: Ricky Rubio conducts the relentless Cavaliers orchestra with his assists cap
NBA: Stephen Curry’s blunder with this season’s ‘anti-Doncic’ rule: “Not this year”
NBA 3503