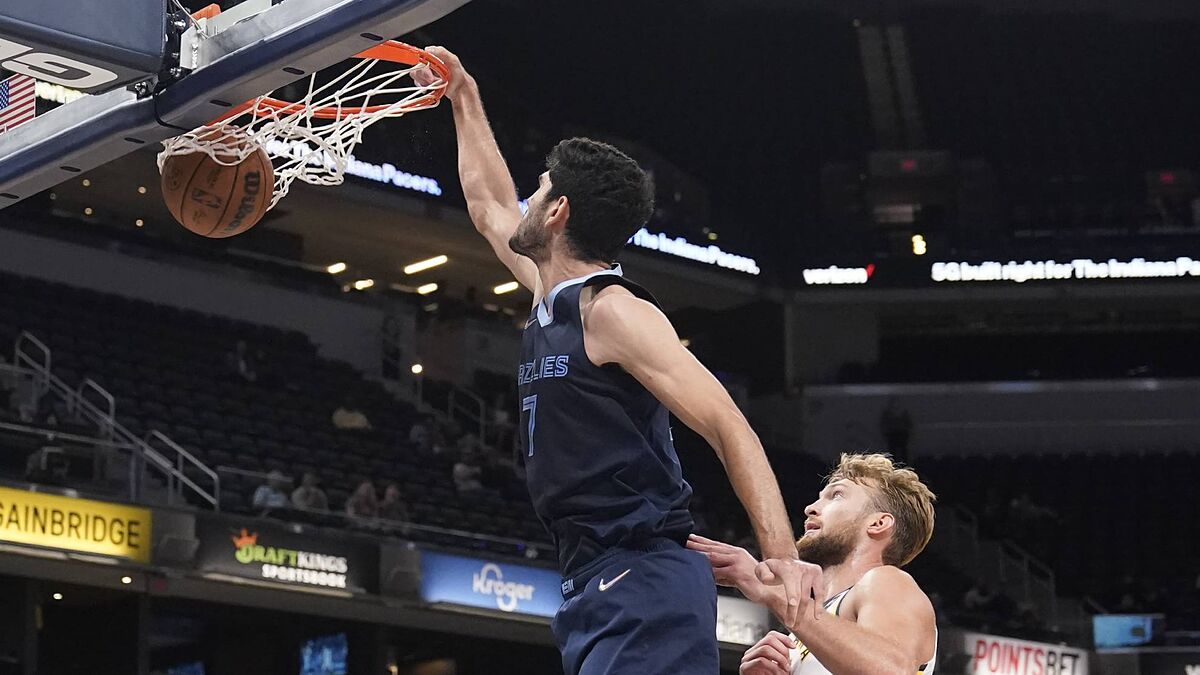 ANDl spanish Santi Aldama, rookie of the Memphis GrizzliesYou know how bittersweet the NBA can be. The Spaniard was one of the most outstanding pl

ANDl spanish Santi Aldama, rookie of the Memphis GrizzliesYou know how bittersweet the NBA can be. The Spaniard was one of the most outstanding players of the Memphis team, who lost their second preseason game when they lost to the Indiana Pacers by 109-107, and he was also the protagonist by having in his hands the triple that could have given the Tennessee victory. A shot that ended up crashing into the hoop and left the canary with honey on his lips.

The Grizzlies dominated much of the game against the Pacers and despite not having much of their backbone as Ja Morant, Dillon Brooks or Jonas Valanciunas, the less common players showed their best side. That is, in the last quarter (25-17) they were overcome by the greater profession of their rivals, who did have their best players.

Sam merrill was the best Grizzlies player with 30 points and eight of 13 from the triple. The noob Zaire Williams was the second offensive option with 19 points and five rebounds, while John Konchar (16) and Brandon Clarke (11) completed the Memphis roster with double digits in scoring.

Santi Aldama came off the bench as the sixth man for Taylor Jenkins. The Spaniard played 27 minutes in which he scored nine points (three of 10 from the field with one of four from the triple) to which he added 11 rebounds (the best of the Grizzlies), two assists, two blocks and a steal of ball.

Good numbers for a player who had a litmus test in his duel against Domantas Sabonis, the best player in Indiana. The Lithuanian ended the clash with a double-double of 24 points and 13 rebounds, while Chris Duarte finished with 21 points in his locker and Jeremy Lamb did the same with another 20 points.