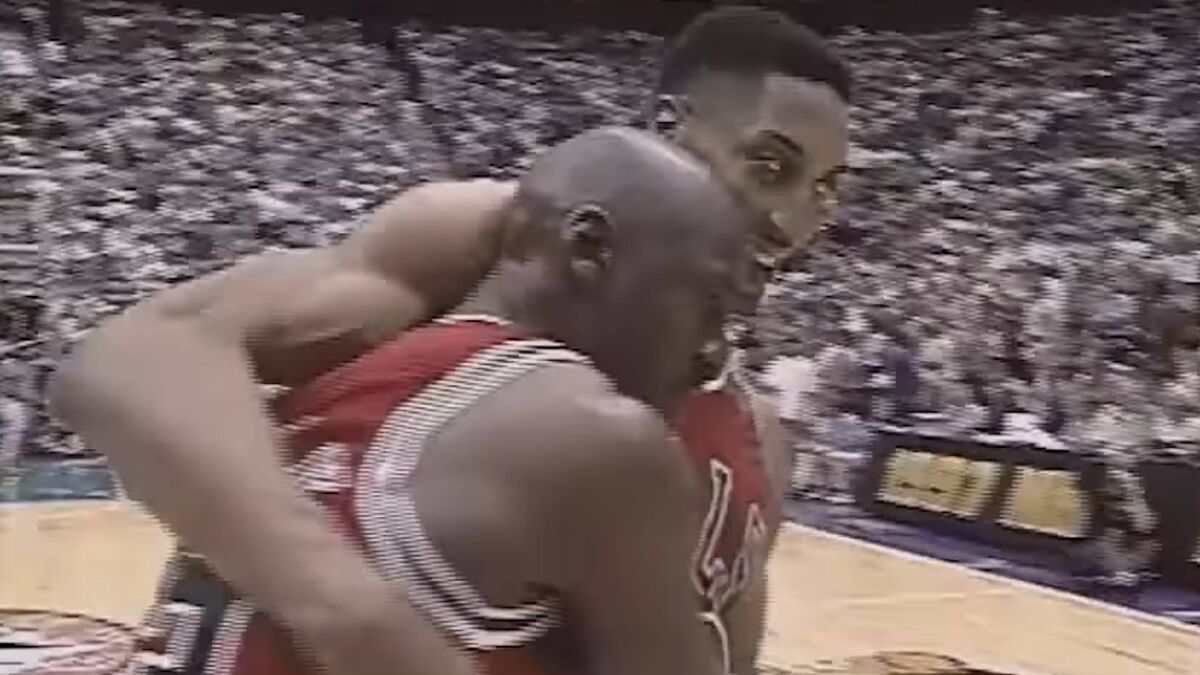 Lto open war between Scottie Pippen and Michael Jordan It seems like it’s only just begun. At least on the part of the forward, who continues with his attacks against his former partner in the Chicago Bulls and together with who won six NBA champion rings.

The Arkansas forward, Jordan’s most valuable squire in his career as the greatest player in NBA history, opened the crossfire by unveiling a new excerpt from his memoirs (‘Unguarded’ just came out on 9) in which he directly attacks Jordan for his way of treating his teammates in ‘The Last Dance’, the documentary that runs through the last season of both in Chicago.

Now Pippen, on the occasion of the presentation of his book, has again launched a missile against the Jordan waterline and has attacked one of the most legendary matches of ’23’: the ‘Flu Game’ (flu game … or hangover, according to some rumors) in the fifth game of the 1997 NBA Finals.

During an interview of Sirius XM, Pippen belittled Jordan’s praise for his performance in that game against the Jazz. Apparently Michael had eaten a contaminated pizza before that gave him flu-like symptoms. A match in which an exhausted Jordan ended up hugging Pippen after scoring 38 points, grabbing seven rebounds and delivering five assists in the Bulls win (88-90) which made it 3-2 for Illinois in the Finals.

Pippen has underestimated the value of Jordan’s performance and compared it to the 1998 Finals in which Pippen played with a back injury: “I’m going to ask you this: is it easier to play with a herniated disc or play with the flu? Well, I don’t watch a lot of ‘Bad Back Games’, but I do watch a lot of ‘Flu Games’; he replied during the program.