NBA: Shaquille O’Neal on Kyrie Irving and his stance on vaccines: “Get your ass out of there now” 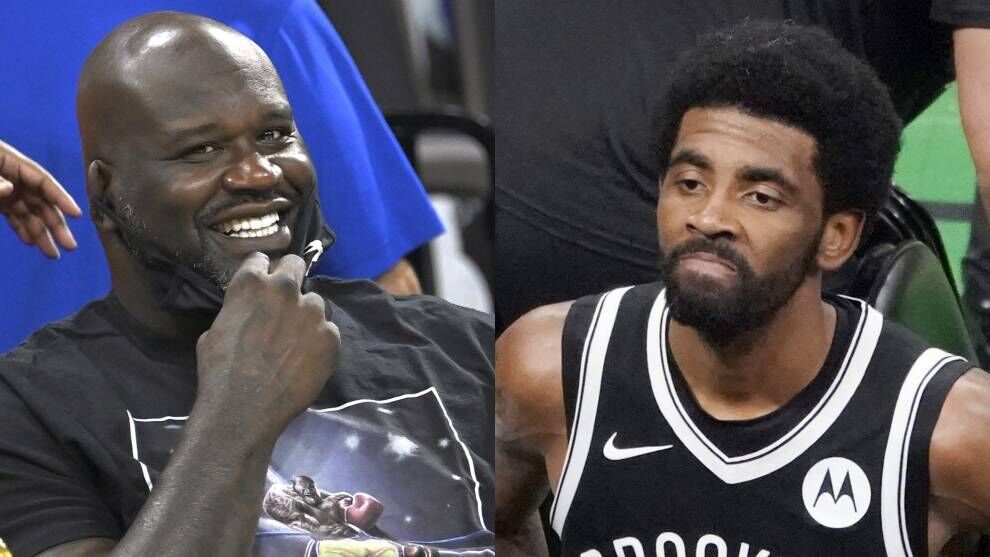 Kyrie irving is becoming more and more only in his position before the vaccination against the coronavirus and if a few days ago it was Kareem Abdul-Jabbar who criticized the Nets base for not wanting to receive the dose that corresponds to him, now has been another legend as Shaquille O’Neal the one that attacked the player.

Kyrie Irving, an MVP for the history of the Nets

During a television interview, the former player and member of the NBA Hall of Fame had no qualms about criticizing Irving: “If I were Durant or Harden, I’d go up to the offices and say, “Get him out of here.”. We can win with a lethal player on both sides, a great shooter, and multiple rebounders like we have, so get his ass out of here “. Whoever owns the Nets, get him out of here. “

The four-time NBA champion assured that we are all free to have our own opinion, but asks Irving to see the picture in its entirety: “In this game of ours sometimes you have to think about others instead of yourself. Kyrie has her opinions and her point of view. I’m not going against it, but He has an obligation for which he is making 200 million dollars. Once you sign that you have no privacy and you have to accept it. “

The statements of the North American basketball legend are in line with the rumors that have arisen about a possible transfer of Irving by the Nets. An idea that did not sit well with the other two stars of the New York team.

The NBA tightens the fence

Despite the latest rumors that Irving would end up giving in to Kevin Durant’s request to get vaccinated, the truth is that at the moment he has not revealed if he has done so and if he is part of the 95% of NBA players who have been vaccinated according to the latest tally by the NBA. A percentage that has increased in the last five days and includes those who have received at least one dose.

The NBA, which will not oblige players to receive the vaccine after negotiating with the players’ union, wants to tighten the fence on that 5% that still remain unvaccinated and has already communicated that not paying the part corresponding to the matches that these players miss both in New York and California, the two states that oblige everyone who attends an event to be vaccinated in an enclosed area with a crowd.

Tags: Brooklyn nets, basketball nba
NBA: Draymond Green equates Stephen Curry with Michael Jordan: “Everyone wants to be like him”
NBA: Embiid does not have a grandmother: “I am capable of being Shaq, Nowitzki, Kobe or Jordan”
NBA: Harden in the Sixers is so perfect that it seems that something bad is going to happen
NBA 2521