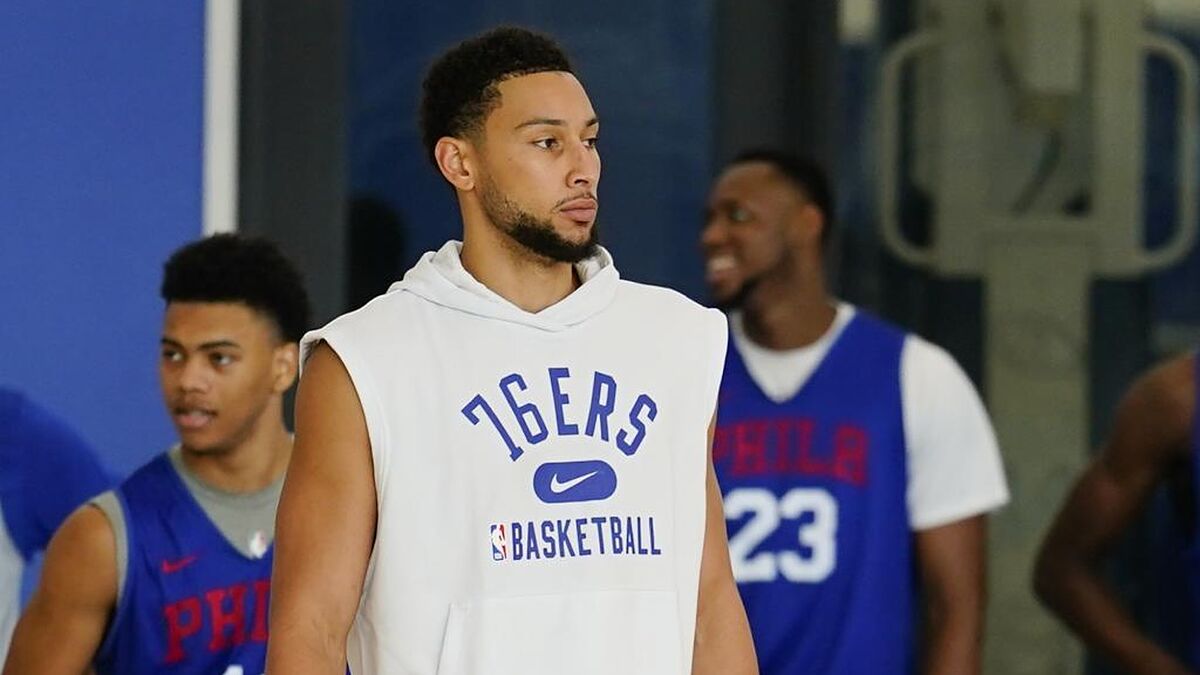 Updated 10/19/2021 - 19:45 Ben simmons do not play at the premiere of the Sixers against the New Orleans Pelicans because it has been suspended f

Ben simmons do not play at the premiere of the Sixers against the New Orleans Pelicans because it has been suspended for a game by the Philadelphia franchise itself. The causes put forward are ‘detrimental conduct towards equipment‘.

Simmons made a surprise return to Sixers discipline and joined his team’s training sessions. However during practice this Monday speculated about a mobile phone in his pocket and there are some pictures in which he is not seen participating in the team’s pia. Things got worse on Tuesday and ended with the expulsion of the player by coach Doc Rivers for lack of commitment. Apparently the technician indicated Simmons a defensive drill, he refused. Rivers insisted and the point guard refused again. So Rivers sent him home, and the point guard threw the ball before leaving.

Following these incidents, optimism for his return has turned to skepticism recovering the idea that the player wants to force the maximum to be traded by the Sixers.

After training, Rivers explained the expulsion by saying that “Simmons was a distraction and I had to protect my team. “But Rivers ended up saying that the player you will be welcome in the next training.

What seemed to calm the waters in Philadelphia a few days ago has actually been the calm before another storm. And this time, everything indicates that there will be no reconciliation.

Tags: basketball nba
NBA: Lamar Odom wins over Jennifer Lopez’s ex-husband in his new life as a boxer
NBA: Ben Simmons, the most controversial NBA star: out of the Sixers pia, training with the phone in his pocket …
NBA: Usman Garuba shows up with an immaculate statistic and makes the commentator explode: “Garuuuuba!”
NBA 795