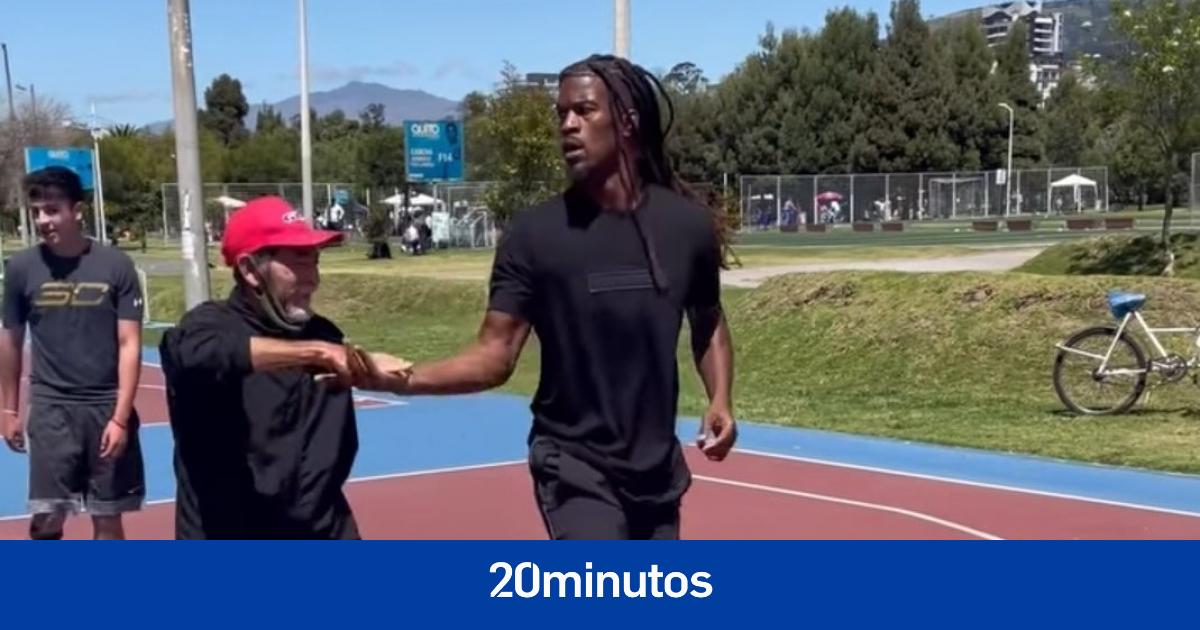 the player of the Miami Heat Jimmy B

the player of the Miami Heat Jimmy Butler He took advantage of his stay in Ecuador to play with fans on a public court in Quito. the star of the NBA and Olympic medalist in Rio 2016 showed up there by surprise and began to play with those present without any media or advertising pretense.

Butler himself shared on his personal social media accounts some images in which La Carolina park courtswhere a good number of basketball fans come to play every Sunday.

The star of the Heat simply he introduced himself to the players occupying the field and asked them to play with them. How could it be otherwise, the locals were delighted with the idea and played a series of matches throughout a morning that they will never forget in their lives.

Butler was in Ecuador on vacation, after having spent a few days in Colombia and as part of a ‘route’ through the coffee region. In addition, as a curious fact, the NBA player wore the Envigado shirt during his trip, due to his friendship with the footballer James Rodriguez.

Tags: sports, NBA, basketball
NBA: Danielle Scott, sixth woman chosen to referee NBA games
Jaime Echenique, a name in the history of the NBA
La Jornada – Stadium evicted due to fire in the middle of the NBA game
NBA 3165

Loading...
Newer Post
MMA: Outrage in MMA after the most unsportsmanlike action of the year
Older Post
Golf reigns for a whole day at the Costa Azahar Club with the XII Hours Tournament