NBA: Terrence Williams, the complicated life of the brain behind the fraud of 18 former NBA players 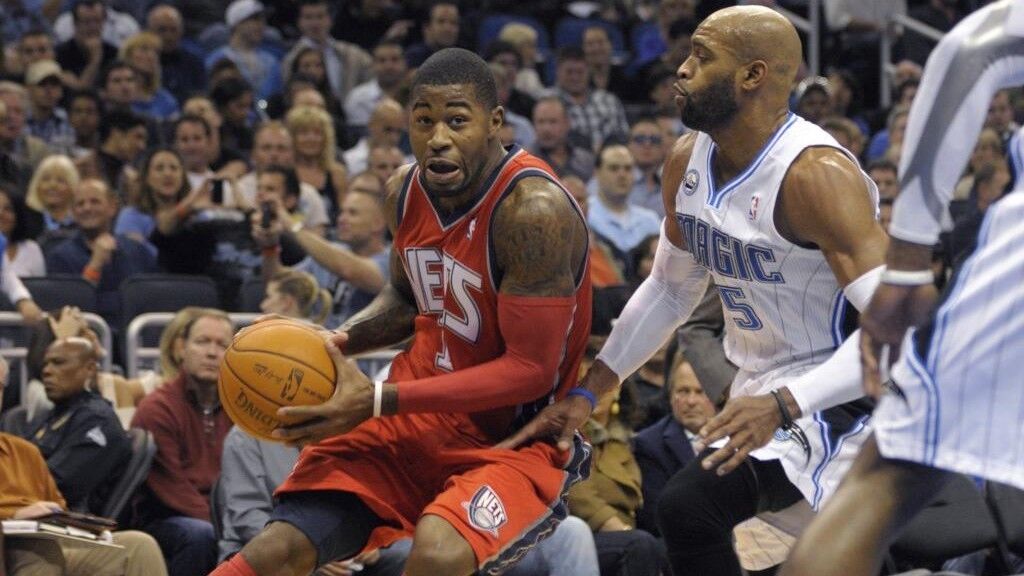 LThe NBA was agitated this past Thursday when 18 former NBA players and the wife of one of them were charged by the United States Department of Justice defraud nearly $ 4 million from a League health insurance plan. The District Attorney for the Southern District of New York, Audrey Strauss, gave the name of Terrence Williams as the mastermind of this plot that will have been active at least between 2017 and 2020.

Williams of 34 years and 1.98 meters, he was a forward chosen by the Nets in the eleventh position of the 2009 draft. In his four seasons in the NBA, he also went through the Rockets, Kings and Celtics. Although he fulfilled his role as a secondary player and averaged 7.1 points, 3.6 rebounds and 2.4 assists, on May 3, 2013 he played his last match in the American League. Thus began a globetrotting race by China, Puerto Rico, Philippines, Dominican Republic, Mexico, Venezuela and Israel. In several of his teams he barely held a few games and some, like the Maccabi Ashdod didn’t even make it to debut.

Born in Seattle, he grew up in a troubled neighborhood where Nate Robinson also grew up., champion of the NBA dunk contest three times. There were financial straits at the Williams’ house and everything got complicated after the murder of his father, Edgar. The same day he was released from prison he was shot in what was considered a reckoning for having collaborated with the prosecution in a drug case. TO his mother, also serving a sentence, allowed her to leave prison only to attend her husband’s funeral.

“I don’t remember anything about my father. The only image I really have is when he was in prison and I was wearing shoes for him with my mother. I can’t tell any stories like, ‘Oh, I remember that time playing in the park.’ I’ve always tried to remember, but it’s the hardest thing to do. You cannot have a memory of something that you think never happened. I had a father, but it’s all blank. It’s as if it didn’t exist “, he assures.

Terrence, who was only six at the time, and an older sister were living with an aunt. When his mother left the prison, 10 people joined together living in a three-room flat: two uncles, two aunts, a cousin, a grandmother, the three of them and a newborn brother. “There was no space or anything like your own things. You could have a pair of slippers, but you came home and your uncle wore them, who had put on four pairs of socks to make it fit,” he said in an interview during his season. rookie. Many nights were spent at Robinson’s house. Then he ended up moving in with his school’s athletic director and, later, the family of a teammate..

The forward began to dazzle playing in the Rainier Beach Institute. His physique allows him to combine basketball with American football. In the end he opted for the round ball and When choosing a university, he opted for Louisville before by Indiana and Kansas, of which he also had proposals. Coincided with legendary coach Rick Pitino, former Panathinaikos and Greek national team, dazzled by its conditions: “He is a monstrous athlete”. He became co-captain of the team and he responded on the track. His name grew and even appeared on three consecutive covers of the prestigious ‘Sports Illustrated’.

I don’t remember anything about my father. I had a father, but it’s all blank. It’s like it didn’t exist

But when he got to the NBA, Williams did not live up to expectations and the problems began. In its second season, the Nets assigned him to the Development League for repeatedly breaking team rules. Transfers began, including one that also included Shane larkin. He did not finish making a hole in the League and in 2013 he played his last game there. That year he had a first conflict with the law when he was arrested after he threatened his partner with a firearm during an incident of domestic violence involving your 10-year-old son.

Throughout his NBA career, Terrence earned nearly $ 7 million.. “I have been paying my family’s debts since I was 13,” he says. Now he is accused of being the mastermind of a plot. In case of being found guilty, the maximum penalty would be 20 years in prison. Added to this is identity theft, which carries a minimum of two years in jail.

Tags: basketball nba
NBA: The video that has set off alarms about the physique of Zion Williamson: “He needs to lose weight”
NBA: Trae Yong explodes: “It’s frustrating, there are many fouls that are not called”
NBA: Ricky Rubio orchestrates Cavs’ first preseason victory
NBA 807