NBA: The best Luka Doncic surpasses Ja Morant and knocks down the Grizzlies 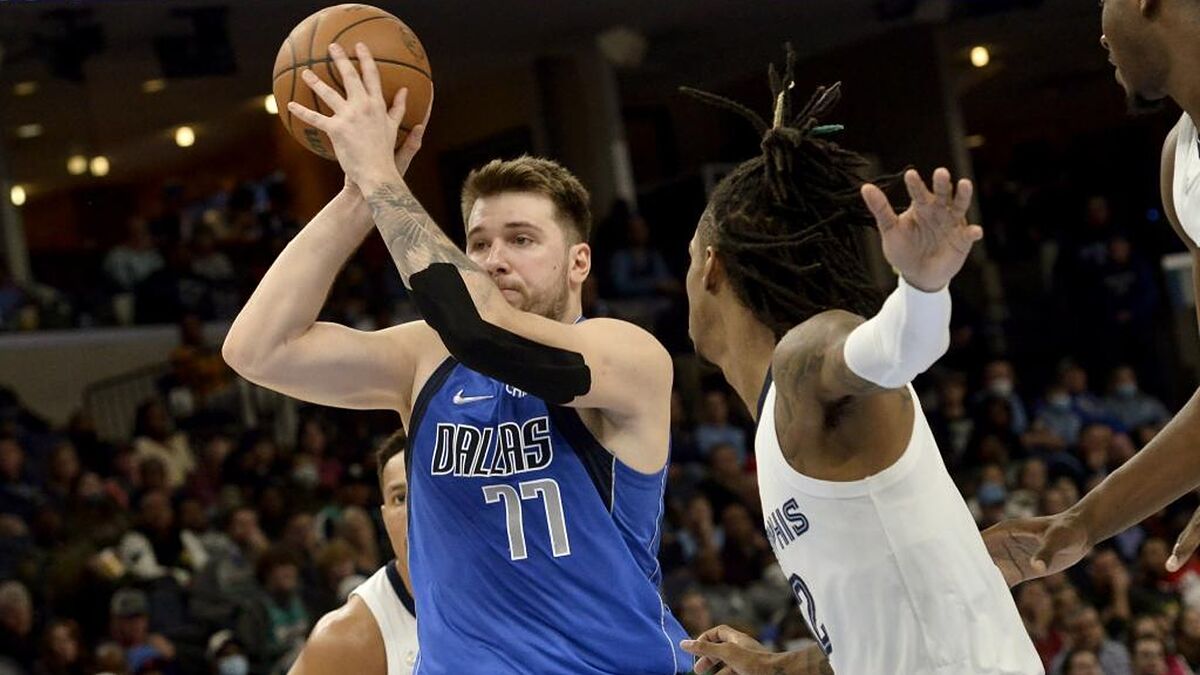 Luka Doncić was imposed on Ja Morant and, with a triple-double at the head of a fabulous collective performance of the Dallas Mavericksbroke this F

NBA: The best Luka Doncic surpasses Ja Morant and knocks down the Grizzlies

Luka Doncić was imposed on Ja Morant and, with a triple-double at the head of a fabulous collective performance of the Dallas Mavericksbroke this Friday in a thousand pieces the streak of eleven consecutive victories of the Memphis Grizzlies (85-112).

The Slovenian managed 27 points (12 of 22 in shots, 0 of 6 in triples), 12 rebounds and 10 assists (with 6 turnovers) to overwhelm the grizzliesthe fashionable team in the NBA but only scored 30 points in the second half (the Mavericks scored 62).

Doncic drove as he pleased the fourth quarter, both in scoring and distribution, and capped the Mavericks&#8217; victory with a beautiful assist from behind for a dunk with an additional Dwight Powell.

However, the key to the Mavericks&#8217; victory was in the defense, superb and very supportive in the last two quarters.

Jalen Brunson (15 points, 5 rebounds, 9 assists and 5 steals) and Tim Hardaway Jr. (16 points, 2 rebounds and 2 assists) were part of the group of seven Mavericks players above 10 points.

On the Grizzlies, Ja Morant (19 points, 5 rebounds and 8 assists but 8 turnovers) and Desmond Bane (16 points and 6 rebounds) were the highlights of a night of poor success for the locals (38.2% in field goals compared to 51.6% for the Mavericks) and clearly inferior in rebounding (41 compared to 52).

the spanish Santi Aldama I played 5 minutes for the Grizzlies in which I grabbed a rebound.

STRUGGLE TO CONTROL THE PACE

Ja Morant He wanted to be the protagonist from the beginning and printed his frenetic rhythm, also with an overwhelming defense, to dislodge the Mavericks.

However, the Mavericks did not lose face in the duel and clung to Luka Doncić (7 points but 4 turnovers) and Dwight Powell (7 points without missing shots) to maintain equality in the match after the first quarter (29-25).

The appearance of Tim Hardaway Jr.with two triples, encouraged the visitors, who tied the game at the beginning of the second quarter (37-37 with 8:14 to rest).

The meeting then adopted a less fluid and more choppy rhythm in which those from Dallas seemed to feel more comfortable (44-46 with 2.59 to go).

However, an energetic run by the hosts, fueled by a shot by Jaren Jackson Jr. and a meritorious two-plus by Desmond Bane, took the Grizzlies ahead (55-50) into halftime.

DEFENSE AS A KEY

The defensive attitude of the Mavericks changed completely after passing through the locker room.

Much more combative and united, those from Dallas drowned out the attack of the grizzlies and so they were able to counterattack very easily.

Jalen Brunson oxygenated the Mavericks&#8217; offense, but it was Doncic who with a layup on the counterattack put his team ahead (62-63 with 7.37 to play).

Displaced and with a broken compass, the grizzlies they accumulated turnovers with astonishing ease, something that further catapulted the Mavericks who, with their second unit and Doncic resting, executed their plan of defending and running to the millimeter (66-73 with 3.38 to go).

The downpour continued in the last quarter with a painful 0-7 run as the start crowned by a triple from the corner by Hardaway Jr. (73-91 with 9.57 to go).

To the despair of the Grizzlies, Doncic By then he was already in his element, crushing the local defense again and again, and thus put the finishing touch to the game and also to the triumphant streak of the Memphis team.

Tags: Dallas mavericks, Luka doncic, basketball nba
NBA: Karl-Anthony Towns’ nightmare: I came to think about quitting basketball
NBA: More minutes for Garuba in a Rockets who lose again
NBA: Aldridge makes history in a Nets that do not convince anyone
NBA 1366