NBA: The Bucks champions, the last train for DeMarcus Cousins 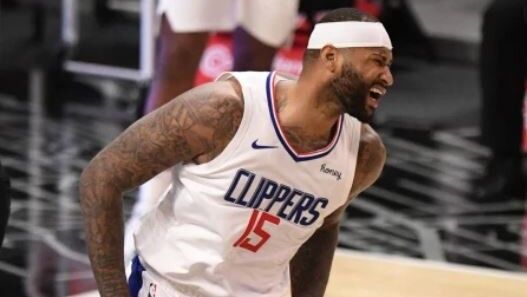 Lhe Bucks have signed an unsecured contract to DeMarcus Cousins, who is on the last train to rejoin the NBA after an ordeal of injuries and a few s

Lhe Bucks have signed an unsecured contract to DeMarcus Cousins, who is on the last train to rejoin the NBA after an ordeal of injuries and a few stumbles in recent seasons.

The 31-year-old center with four All Stars behind him will join the reigning champions, who will have until January 7 to guarantee contracts for the rest of the season.

Cousins ​​has averaged 20.4 points and 10.6 rebounds throughout his 10-year NBA career, peaking at 27.8 in points and 12.7 in rebounds. However, injuries have haunted him for a long time. He ruptured his ACL and Achilles tendon, problems that hampered a career in which he made his debut for the Kings, was traded to the Pelicans and then signed as a free agent with the Warriors, Rockets, Clippers and now the Bucks. He also became committed to the Lakers, but did not play due to injury.

The Bucks have been without Brook Lopez due to a back injury and needed to beef up their inside game. It seems like a low-risk move for Milwaukee as the contract is not guaranteed. Cousins ​​can be a help for little. He averaged 7.8 points and 4.5 rebounds in 12.9 minutes in 16 games for the Clippers last season.

Tags: Milwaukee bucks, basketball nba
NBA: Vanessa Bryant, Kobe’s widow, wins her first legal battle: she will not have to pass a psychiatric exam
NBA: Giannis Antetokounmpo drops the bomb on the NBA: “My next challenge may not be here”
NBA: Juan Toscano Anderson, the Mexican who has made Curry go crazy with the wildest mate of the season
NBA 1326