NBA: The complicated landing of Usman Garuba in the NBA 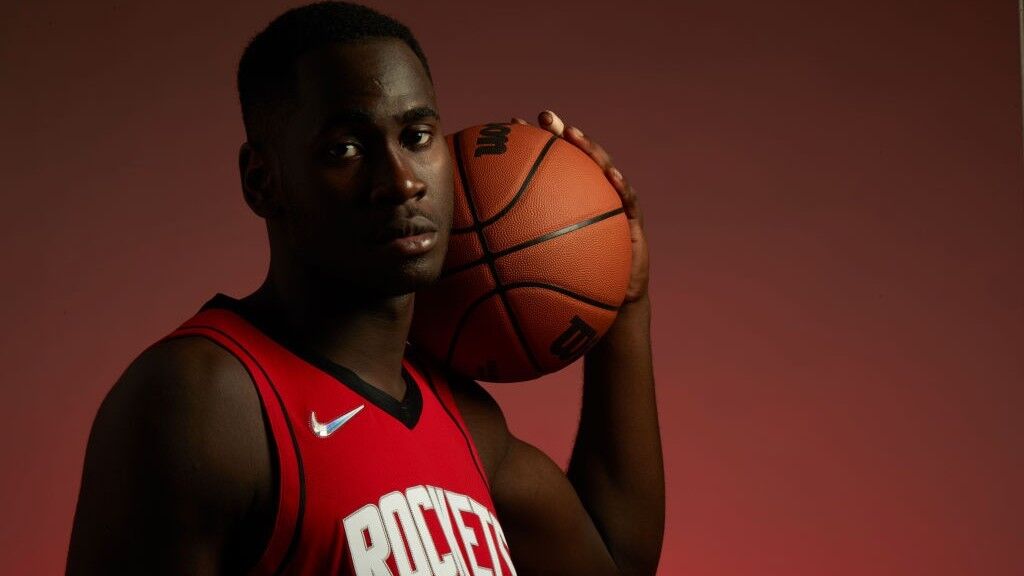 The first steps in the NBA are not easy for almost anyone. It’s hard to get used to a dizzying pace both on the pitch and off it, inexperience weighs and gaining the coach’s trust is complicated except in the case of prodigious youngsters. This is what was happening to Usman Garuba, the Spanish rookie of the Rocketsto which in addition to the above have been added the physical problems. now one left wrist injury It will keep you out of combat for an indefinite time. I may have to go under the knife. It is being a hard landing in the best League in the world.

Garuba, the youngest Spaniard to debut in the NBA (19 years and 225 days)was elected in 23rd place in the draft from last year The ceremony was held when he was concentrating on the selection, since he participated in the tokyo games. That already complicated his entry into the team. Play three games in the Summer League and, despite the exhaustion accumulated by the Olympic event and the trips, highlighted the defensive work. His coaches praised his effort and intensity in games, but when the regular season started good words were not translated in minutes despite the fact that the team is in a process of reconstruction.

Christian Woodstar the team, Daniel Theis and the turkish rookie Alperen Sengun they share the vast majority of the minutes of the interiors in the Rockets. Garuba is the player on the squad who averages the fewest minutes per game: 7.0. In the total for the season, only 105. His averages in the 15 games he has played are 1.3 points, 2.3 rebounds and 0.4 assists with 33% shooting from the field and 15.4% from the triple.

The big problem of the Spanish pvot is the Lack of continuity. The top of games in a row in which he has played has been five. Lack of opportunity has been joined by unwelcome physical problems. He was going to have minutes when Wood was sanctioned with a game by the Texas franchise for a case of indiscipline. Right there Garuba tested positive for coronavirus. Now add one left wrist injury that appears serious. “I talked to him about it and he said, ‘Yeah, I fell, but don’t think it was such a bad thing.’ But it turns out it is a pretty bad injury. He’s going to be out for a while,” he said. coach Stephen Silaswho did not mention how the injury occurred but did say that may require surgery.

More defeats since in all his last season in Madrid

That was after the heavy loss to the spurs by 104-134. Losing is another obstacle Garuba is having to fight against. Coming from Real Madrid, he’s not used to. The Rockets are the worst team in the West and the third worst in the NBA behind only the Magic and the Pistons. His balance is 14-34. Last season, Before leaving the white team, the pvot lost 23 games throughout the course. Of the 15 in which he has participated, he has only won two and did not have a minute in the surprising streak of seven consecutive victories that the team lived between November and December.

On two occasions Garuba has been assigned to the Rio Grande Valley Vipersthe Rockets’ linked team in the G-League. What seemed like a step back were opportunities to play, pick up the pace and show what he is capable of. In those periods in a competition where individualism prevails as players jump onto the court in search of an NBA contract, the Spaniard has played five games with averages of 9.0 points, 9.4 rebounds, 2.4 assists, 1.6 steals and 1.4 blocks in 25 minutes of play.

Now, with this wrist injury, he suffers an indefinite break that leaves a season that was already being complicated enough on edge.

Tags: Usman Garuba, Houston Rockets, basketball nba
NBA Rumors: The 3 franchises with the most options to sign Ayton
NBA: The great team of the Antetokounmpo brothers for the NBA All Star
NBA Rumors: Teams that can sign Julius Randle
NBA 2816

Loading...
Newer Post
Jake Paul becomes co-owner of the UFC after investing in stocks
Older Post
The “dealer of the polyrubros” of the Nuevo Golf neighborhood fell